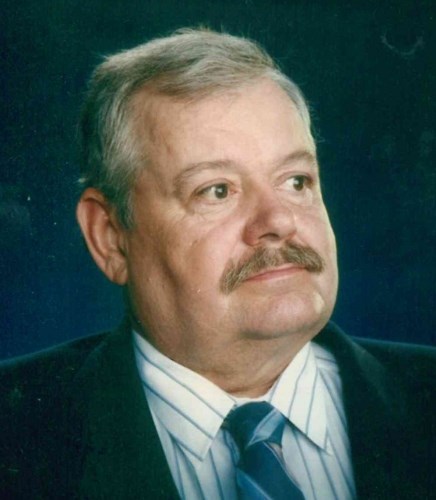 PANA - James S. Dehority, 74, passed away Friday, July 16 at Springfield Memorial. He was born on July 17, 1946 in Decatur, Illinois. His parents were James E. and Celia Dehority.

Surviving is his wife Kathy (Chenoweth) of 57 years from Pana, Illinois. Children: Stephanie (Dennis) Jones of Abilene, Texas, Dawn (Robert) Kellow of Belleville, Illinois, and Steve (Beth) Dehority of Macon, Illinois. He has 12 grandchildren, seven great-grandchildren and one great-great-grandchild.

He was preceded in death by his brother Kevin Dehority and grandson Nicholas Dehority.

A private family ceremony will be held at Jefferson National Cemetery in St. Louis, Missouri.

A celebration of life will be determined at a later date.

Published by Decatur Herald & Review on Jul. 24, 2021.
To plant trees in memory, please visit our Sympathy Store.
MEMORIAL EVENTS
To offer your sympathy during this difficult time, you can now have memorial trees planted in a National Forest in memory of your loved one.
MAKE A DONATION
MEMORIES & CONDOLENCES
2 Entries
It´s been long since I saw you, but I am grateful that the memories of you that I hold are those of your presence. I have so many great childhood memories of being out on the farm at Grandma and Grandpa's house. One memory that sticks out the most is the night my grandparents and my big brother (Dennis Jones) and myself were heading back to the farm after spending a few hours with some of their friends. We got in the car to go home and grandpa was soon asleep. For those of you who know the way from Decatur to my grandparents farm you go through a little town called Macon. Well Grandpa woke up somewhat I guess and said " Honey where are we ?" , she replied, "Macon dear" , again he asked, "Honey where are we?" She replied "Macon Dear!!" All of the sudden he jumped up and yelled, " Bacon, Bacon, where is the bacon?" My big brother and I sat in the backseat laughing so hard! Of course Grandpa goes right back to sleep after Grandma explains to him " NO DEAR MACON NOT BACON!!" Dennis and I laughed the rest of the ride home with Grandma scolding us to be quiet and not wake him up!! Best memory ever I still get tickled when I tell the story or even think of it. There are many memories that I will cherish forever. Grandpa knew a little about a whole lot of stuff, and he would always have an answer for you to any question and gave great advise! I love you Grandpa and wish I could of gave you one last hug and kiss before the Lord called you home. I will have to wait until we meet again before I can get one more hug. Even if the pain I feel after losing you cannot be measured, I believe that the brightest shining star above my head is you assuring me that you are in a better place now. I know that when you seen Great Grandpa Dehority (Grandpa's Dad) and Great Grandma Dehority (Grandpa's Mom) and Uncle Kevin (Grandpa's Brother) and Nicholas (Grandpa's Grandson) it was joyful reunion. I love you and miss you but I know that you are not in any pain anymore and for that I am grateful. Until we meet again....
Tiffanie A Jones
Family
July 24, 2021
So sorry for your loss. We enjoyed him in the central Illinois rabbit breeders club..our sympathy to all
J o d y L Bourn
July 24, 2021
Showing 1 - 2 of 2 results