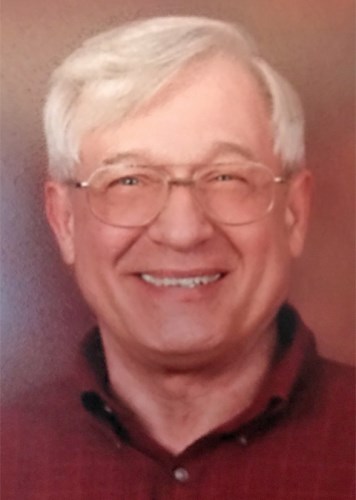 A memorial gathering will be held at Dawson & Wikoff North Chapel from 10:00-11:00 a.m. on Friday, December 3, 2021. Burial will be in Lewis Cemetery, Douglas County. Memorial contributions may be directed to Our Redeemer Lutheran Church.

John was born on July 18, 1946 in Tuscola, IL, the son of Paul and Ella (Luth) Kruse. He received his degree in Forestry from Southern Illinois University, Carbondale. John worked for the University of Illinois at Allerton Park as the grounds keeper/maintenance for 30 years. He married Karen Letta McKaney on October 10, 1997. She preceded him in death on February 7, 2013. He proudly served in the United States Air Force from 1965-1969. He was a member of the Decatur Moose Lodge. John was happiest when he was outdoors.

He was preceded in death by his parents; brother-in-law, Richard Eells; and his nephew, Greg Eells.

Messages of condolence may be sent to the family at www.dawson-wikoff.com.

Published by Decatur Herald & Review on Nov. 30, 2021.
To plant trees in memory, please visit the Sympathy Store.
MEMORIAL EVENTS
Dec
3
Memorial Gathering
10:00a.m. - 11:00a.m.
Dawson & Wikoff Funeral Home
4020 N Water Street Decatur, Illinois 62526
Funeral services provided by:
Dawson & Wikoff Funeral Directors - North Chapel
MAKE A DONATION
MEMORIES & CONDOLENCES
Sponsored by Dawson & Wikoff Funeral Directors - North Chapel.
2 Entries
RIP my good friend you have been a friend for a few years. I was shocked to hear the news of your passing
Rod Beadshaw
Friend
December 9, 2021
We graduated together from Argenta. I last saw John at another classmates memorial service a few years ago. Probably the first time we had seen each other since a few reunions. He was one of the good guys.
Michael King
School
December 1, 2021
Showing 1 - 2 of 2 results