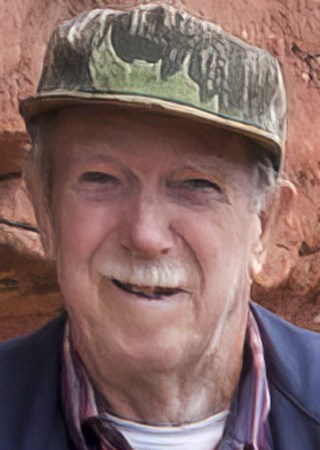 BETHANY - Lawrence S. Ford, 96, of Bethany, Illinois, died on March 9, 2021, at Decatur Memorial Hospital, with family at his side.

The third of nine children, Lawrence was born on December 23, 1924, in Pierson, Illinois, to Wesley and Muriel Ford, deceased. He is survived by sisters: Marie Smith, Ruth Scott, Nancy Conway; and brothers: Robert Ford (Carol) and Arthur Ford (Linda). He was preceded in death by Eugene Ford, Floriene Viles, and Phyllis Lehman.

Lawrence served in the Navy from July 1943 to May 1946 and married his wife Martha Jean (deceased, 1999) in November 1949, and subsequently worked at the Grigoleit Co. in Decatur, Illinois.

Lawrence, "Pops" to his family and "Bus" to his friends, was well-traveled and was an active and vigorous outdoorsman who enjoyed trapping, hunting, fishing, playing poker with his friends, and tending his extensive and bountiful garden, all of which he did into his early 90s. He enjoyed recounting his travels and experiences, had a good sense of humor, was fiercely independent, generous with his time, and always ready to help others. He is missed and will be remembered by family and friends.

Share your stories of remembrance from 2:00p.m. to 4:00p.m. on Saturday, April 10, 2021, at McMullin-Young Funeral Home, Bethany. Condolences to the family may be sent online at https://www.mcmullinyoung.com/.

In lieu of flowers, donations may be made to: