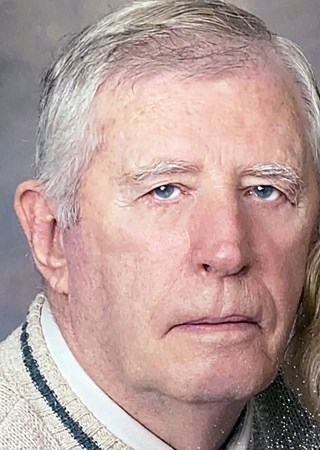 DECATUR - Leonard Edgar Gaede, 87, passed away on Saturday, January 23, 2021 in his home surrounded by his family.

Leonard was born on April 10, 1933 to Theresa (Steele) and George Leonard Gaede in Decatur, Illinois. He married the love of his life, Mary JoAnn Speagle on April 7, 1957 and they enjoyed 62 years of marriage until her death in December 2019.

Leonard was an avid bowler in and around Decatur for over 40 years. He served in the U.S. Marine Corps for 20 years, commended and cited for his attention to duty in Korea and Vietnam. He began his career as a private and retired as a Chief Warrant Officer in 1971.

After his retirement from the service, he worked for an additional 23 years for the state of Illinois as a Computer Programmer/Analyst and became a Systems Manager in several management capacities within the Illinois Legislature, the Judicial Branch, and Administrative Services Branch of the Illinois government.

The family would like to express their gratitude to the Veterans Administration, especially his visiting nurse, Cindy Leavelle, for her loving care and companionship this past year. Also, thanks to the wonderful staff at DMH Hospice for their care.

Graveside services to honor Leonard's life with military honors will be held at Mt. Gilead Cemetery, Decatur at 2:30 PM on Wednesday. The family has entrusted Moran & Goebel Funeral Home and Cremation Services with arrangements. Please share memories and condolences at www.moranandgoebel.com.

To plant trees in memory, please visit our Sympathy Store.
Published by Decatur Herald & Review on Jan. 27, 2021.
MEMORIAL EVENTS
Jan
27
Graveside service
2:30p.m.
Mt. Gilead Cemetery
, Decatur , Illinois
Funeral services provided by:
Moran & Goebel Funeral Home and Cremation Services
GUEST BOOK
2 Entries
My thoughts and prayers are with you and your family.
Judy Teague
January 27, 2021
So sorry to learn of Leonard's passing. He was a fun & interesting High School classmate. Truly distinguished himself serving our country. GOD bless you, his family, & give you support at this sad time.
Bev Blakeman
January 27, 2021