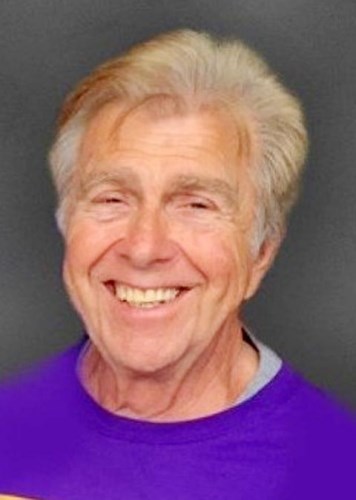 Visitation will be 5:00-8:00 PM, Thursday, September 16, 2021 at Brintlinger and Earl Funeral Home, Decatur. Private family burial will be in Point Pleasant Cemetery, Decatur at a later date. In lieu of flowers, memorials in Michael's honor may be made to: Walk to End Alzheimer's - Team Name: Family & Friends for Michael Price's Battle. (Please see link on funeral home website.)

Michael was born August 20, 1945, the son of Ralph T. and Anna Margaret (Holmes) Price. He graduated as valedictorian from Mt. Zion High School in the Class of 1963 and earned a BS in Civil Engineering from University of Illinois in 1968, achieving his Professional Engineer License in 1973 and his Registered Land Surveyor License in 1977. He started his engineering career at Warren-Van Praag in 1968. Michael then took a job with the newly formed BGM Engineering, Inc. in 1974, later becoming President and part owner of the firm until his retirement in 2012. Mike was the Village Engineer for Mt. Zion from 1974 until 2012. His main interest was building the community into what it is today. He was also Village Engineer for many other communities in the area. He was instrumental in developing the bike paths of Mt. Zion, Decatur, and Forsyth. He and several friends served on the baseball board that made Mt. Zion the complex and program it is today.

He leaves behind to cherish his memory his wife of 55 years and his sweetheart since he was 16, Sydney M (Grant); children whom he admired greatly: Latishia D. Greve (Rob) and Michael Holmes Price II (Kristin); his adorable grandson: Jonas Michael; and special niece Stephanie (Grant) Flasch (Adam), MD and her family; siblings: Patty Ray and Becky Hunt; special brother-in-law: Rodney Grant; sister-in-law: Willow Grant; many nieces, nephews; great-nieces and great-nephews; and many many special friends.

He was preceded in death by his parents, his hero cousin Thomas Holmes "Holmsie" Scheck; brother-in-law: Gary Grant; and nephew: Emmitt Alan Ray.

The family would like to thank Lincolnshire Place Memory Care Residence for his care the last four months.