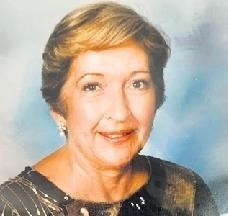 BORN
1930
DIED
2020
ORDONEZ, ALEXANDRA (JUNE) CHRISTIE Born on 13 June 1930 in Perth Scotland Alexandra passed away peacefully on 21 April 2020 In her late teens Alexandra joined the Royal Air Force working in air traffic control during the period of the cold war. She then followed a paralegal career in London and this eventfully led to a move to New York in 1960. Seattle and The World's Fair in 1962 was Alexandra's next destination. It was here that she met Rafael, her husband-to-be. It was also the start of Alexandra's interest and involvement in the rapidly developing cruise industry. Moving to Miami and marrying in 1963 allowed them to continue on their chosen paths. Alexandra was approached to join the newly created RCCL. where she continued to work for 20 years becoming the first female Vice President in the company and retiring in 1988. At the same time Alexandra supported her husband Rafael in the formation of Apollo Ships Chandlers which grew into an eminent company in the Cruise Hospitality Industry. Alexandra will be remembered for her strength and compassion, her sense of humour and integrity. Travel was a great passion and after retiring continued travelling around the world often accompanied by family or friends. Alexandra was predeceased by her husband of 54 years Rafael Ordonez who passed away in June 2017. Alexandra was diagnosed with Alzheimer's in 2005. With the support of her husband and latterly her family together with a devoted team of caregivers she was able to stay in her own home with dignity and love until her passing. Forever in our hearts, may you rest in peace. In these difficult times it has not been able to make funeral arrangements. At the appropriate time a service will be arranged by the family and held Miami. If desired Donations can be made at this time to the Alzheimer's Association.
Published by the Miami Herald on Apr. 27, 2020.
To plant trees in memory, please visit the Sympathy Store.
MEMORIAL EVENTS
To offer your sympathy during this difficult time, you can now have memorial trees planted in a National Forest in memory of your loved one.
MAKE A DONATION
Please consider a donation as requested by the family.
MEMORIES & CONDOLENCES
5 Entries
In loving memory of a wonderful person. We will love you and miss you always.
Elena Calella Diaz
Friend
April 21, 2021
God hold her close. June was the first to believe in me as I was a 20 yr at the new RCCL. She was a remarkable woman, friend, mentor and example of professionalism.
Thank you, June.
lynn snyder
Coworker
June 22, 2020
Please except my deepest sympathies, Grief can be so hard, but your special memories help you to cope. Remembering your loved one today and always.
Simone Taylor
May 4, 2020
A much loved niece of the late Elizabeth Christie and cousin of Edward. Gone but never forgotten.
Edward Christie
April 28, 2020
Alexandra Christie Ordonez left a true legacy with her South by Southeast Scholarship. The funds are still in Miami Dade College for us to provide funds to AOHT students. She served as President of SXSE in 1977. Will always be fondly remembered.
April 27, 2020
Showing 1 - 5 of 5 results