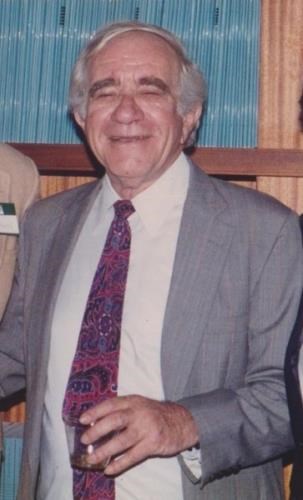 BORN
1928
DIED
2017
FUNERAL HOME
Riverside Gordon Memorial Chapels at Mount Nebo (Kendall)
5900 SW 77th Ave
Miami, FL
Arnold Perlmutter, a physics professor at the University of Miami for over six decades, died at South Miami Hospital on Tuesday, December 12, 2017, after a short illness. He was 89. He taught physics at the University from 1956 until his retirement in 2002, when he assumed emeritus status. He arrived in Coral Gables when the Physics Department offices and labs were housed in World War II army surplus shacks on the edge of campus. His crowning career achievement was the Center for Theoretical Studies, an influential forum at the University for studies in theoretical physics and related fields, which he helped to establish and co-directed with his long-time colleague, Behram Kursunoglu. The Center operated from 1965 to 1992, and it provided a forum for collaboration among scientists, including 35 who had won or went on to win Nobel Prizes. One of the Center's first visitors was J. Robert Oppenheimer, who helped promote the Center's reputation and participated in its Orbis Scientiae conferences. Other visitors included theoretical physicist P.A.M. Dirac, physicist and novelist C.P. Snow, and chemist Lars Onsager. Dr. Perlmutter was born in Brooklyn, N.Y. on November 4, 1928. His parents were Luba and Ben Perlmutter who immigrated to the U.S. from Eastern Europe in the 1920s. His mother was a pharmacist who encouraged his studies in science. He was educated at UCLA and NYU, where he earned his doctorate. While in graduate school, he taught at Cooper Union and Brooklyn College. After beginning his career at the University of Miami, he collaborated with the eminent experimental physicist Marietta Blau. He taught or visited at many universities and research institutions around the world including UCLA, UC Berkeley, Boston University, University of Chicago, CERN, Argonne and Brookhaven National Laboratories, University of Trieste, London Imperial College, University of Torino, Istanbul University, Kiev University, University of Adelaide, and the Weizmann Institute of Science. In his classes and many social interactions with anyone he met—whether it was his barber, bartender or waitress—he conveyed deep knowledge and infectious enthusiasm over the latest discoveries in particle physics, field theory and cosmology. Beyond his scientific achievements and interests, Arnold had a broad curiosity about the social sciences, humanities, opera, chamber music, arts and literature. He was a world traveler and was conversant in several languages, including Yiddish which he learned in his parents' home and studied throughout his lifetime. He translated the poems and prose of an uncle, Avram Liessin, a distinguished Yiddish literary figure and political activist in the early twentieth century. Late in his life, Arnold and his wife Lynn travelled to Madrid to visit the El Prado Museum for an exhibition of works by Goya. Arnold was a passionate, lifelong believer in social justice, civil rights and humane equity. Rather than a religious Jewish upbringing, his life was guided by the intertwining of the humanitarian and cultural values of Judaism. This steered him, along with a large like-minded transplant community of close friends, to liberal and social justice causes in South Florida and beyond. Dr. Perlmutter is survived by his wife of 37 years, Lynn Meyer; his two sons, Bernard (Pamela Chamberlin) of Miami, and Joseph (Abbie) of Seattle; and three stepchildren, Evan Slavitt, Sarah (Scott) Bryce, and Joshua (Nadine) Slavitt. His first wife, Ruth Perlmutter Kates, passed away in 2004. Among his proudest achievements were his twelve grandchildren and the beginning of a generation after them. He is survived by grandchildren Leah (Ian Murray), Daniel and David Perlmutter; Isaac (Amanda Hadad), Hannah, Tamar (Kevin Nieves), Sam, Shoshana and Sydney Slavitt; and Elena (Yoni Pomeranz), Nina (Soltan) and Tatiana Bryce; and his great-grandchild Noah Slavitt. Services will be held in the Library on the third floor of the UM Knight Physics Building on Sunday, December 17, at 1 p.m. In lieu of flowers, the family suggests donations to the American Civil Liberties Union, Southern Poverty Law Center, the Physics Department or Gifford Arboretum at UM, and Women's Emergency Network.
Published by the Miami Herald on Dec. 14, 2017.
To plant trees in memory, please visit the Sympathy Store.
MEMORIAL EVENTS
Dec
17
Service
1:00p.m.
Library on the third floor of the UM Knight Physics Building
FL
Funeral services provided by:
Riverside Gordon Memorial Chapels at Mount Nebo (Kendall)
MAKE A DONATION
MEMORIES & CONDOLENCES
Sponsored by anonymous.
7 Entries
I was reminded of Dr. Perlmutter today, which led me to learn of his passing in 2017. I have fond memories of second semester physics at University of Miami circa 1994 (PHY 102: electromagnetism, optics, modern physics). I picture him in class every time I use the right-hand rule, and his written recommendation later helped me pursue graduate studies. I will always remember how his kindness, character, and patience touched my life. My condolences to his family.
Richard Audet
Student
February 26, 2021
I have only the best memories of Arnold Perlmutter as a great teacher and passionate scientist. Having obtained a Master in Physics in Miami in 1988 I went on to a university career in Magdeburg, Germany. My deepest condolences go to his family.
Andreas Wendemuth
April 11, 2019
Some good memories from years back. RIP dear Arnold.
Linda Scott
Coworker
March 29, 2018
Sincerest condolences to Arnold's family from across the seas. The memory of Arnold will always remain gentle on our minds.
Maggie Richard
January 30, 2018
Such vivid memories of Arnold, such a gentle character and a delight to be with. Our hearts go out to his family.

Richard and Maggie, London, England.
January 30, 2018
My deepest sympathy to the Perlmutter family. Arnold was a very passionate Physics professor and I was fortunate to work with him at the University of Miami, setting up the classroom demonstrations for his lectures, for many years. He always gave me the best advice and I will miss our talks.
With my affection and condolence,
Leonardo Rodriguez.
Leonardo Rodriguez
December 18, 2017
I had Physics 101 with Dr. Perlmutter as a 26 year post doc premed student 20 years ago. I have such fond memories of him and think of him more often than one would imagine given such a long ago and short history. My condolences.
Kathryn Villano
December 14, 2017
Showing 1 - 7 of 7 results