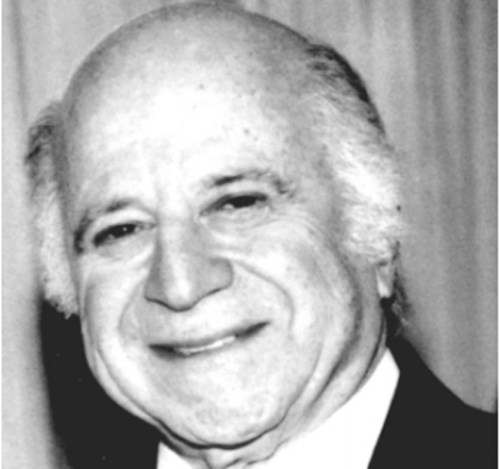 BORN
1921
DIED
2017
RICHTER, DANIEL MAURICE 1921 2017 Daniel Maurice Richter passed away peacefully on August 4th, 2017, at the Miami Jewish Home at the age of ninety-five, surrounded by his loving family. Born in Kecoughtan, Virginia, on November 2, 1921, he migrated with his family shortly thereafter to Miami and later graduated from Miami High School. Military service in the U.S. Navy during WWII interrupted his college years, attending both the University of North Carolina/Chapel Hill and the University of Florida. He then joined his family's jewelry business. In postwar Miami, he became an important and successful businessman. Passionate about jewelry and intrigued by real estate, he became a pioneer and renowned expert in estate jewelry. Dan, as he was known, was "A True Southern Gentleman". He embodied all the charm, attractiveness, superb manners and social graces that define this nearly extinct breed. An elegant and, above all, honorable man, he celebrated life and loved his family and friends unconditionally. He would beam with pride when talking about "the Boys" (his seven sons), their families, accomplishments, their annual boating and fishing trips. Tales of the Richter team were an expected treat at his standing Monday night card game with "the Guys" (his friends) for thirty years. He with his family helped shape the city of Miami and are associated with landmarks such as the Robert Richter Hotel on Miami Beach, Temple Israel and others. In 1969, he moved to Palm Beach and opened another Richter's jewelry store on Worth Avenue. Having become an integral part of that community, he semi-retired in 1984, and subsequently returned to the city he loved most, Miami. He and his wife of 33 years, Rosalind, were founding members of the Miami City Ballet, the New World Symphony, and the Love & Hope Committee of the Diabetes Research Institute, served on many Boards, and contributed to numerous philanthropic organizations. As a legacy, he leaves behind a lifetime of blessings, including a large family extending from coast to coast. He was preceded in death by his mother and father, Eva and Joseph Richter; his brothers, Alvin and Robert Richter; and his loving son, Kevin Richter. He is survived by his wife, Rosalind Richter; six sons and their spouses, Richard (Mary), Dudley (Peggy), Bradley, Weston (Denise), Vinson (Randa) and Stefan (Nancy) Richter, stepson Eric Ruvin (Kim); his 18 grandchildren and 13 great grandchildren; his sister, Shirley Landwirth; the mother of his children, Phyliss Richter; and his many nieces and nephews. The family extends heartfelt gratitude to his caregivers Chely Dirla Araceli Carrera, Sylvia Martinez, and Arturo Carrera. They enriched his life and cared for him with love, affection and dignity.Services are private. When considering contributions in Daniel Richter's memory, the family suggests they be made to Miami Jewish Health Systems, the National Parkinson Foundation or The Miami City Ballet.
To plant trees in memory, please visit our Sympathy Store.
Published by the Miami Herald on Aug. 6, 2017.
MEMORIAL EVENTS
No memorial events are currently scheduled.
To offer your sympathy during this difficult time, you can now have memorial trees planted in a National Forest in memory of your loved one.
MEMORIES & CONDOLENCES
4 Entries
I remember the 60's fondly with Richter's and will never forget recall Dan's kindest when I had first met him.
Russell Yanoff
October 5, 2017
Very sad to see Mr Richter passing away. We at Caffe Abbracci had the priviledge of serving him, his lovely family, and friends for many years. Always very elegant and a gentelman. Rest in peace Daniel. From the Caffe Abbracci Family to the Richter Family.
Nino Pernetti
August 7, 2017
So many sweet memories come to my mind as I read this beautiful tribute to a very extraordinary man. I feel lucky to have known this gentle and elegant man. One always felt special in his prescence. He treated one personally with thoughtfulness and sincerity. To his beloved family Ted and I send deepest sympathy and say your were blessed to have him as your husband, father, father-in-law, grandfather and great grand father.
Nora and Ted Weinreich
August 6, 2017
Condolences to my friends and the family.
Kenneth Tobin
August 6, 2017
Showing 1 - 4 of 4 results