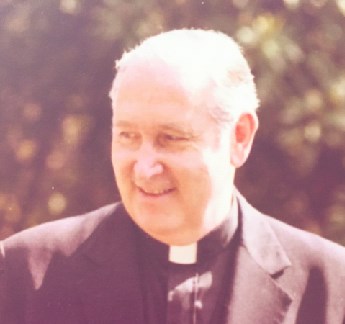 BORN
1921
DIED
2018
RICHARDS, DAVID EMRYS, retired Bishop of the Episcopal Church, died peacefully at home in Coral Gables, Florida, on Tuesday, August 21, 2018, surrounded by his loving family. He was 97 years old. Following his graduation from General Theological Seminary in 1945, he was ordained priest in Panama and subsequently consecrated as Suffragan Bishop of Albany in 1951. In 1957, he was elected Bishop of Central America where he served until 1968. During that time, he provided leadership in the growth of a national and indigenous ministry in Central America. Upon leaving this position, Bishop Richards assumed the role of national coordinator of the House of Bishops' Committee of Pastoral Development, which he held from 1968 until his retirement in 1988. Bishop Richards was born in Scranton, Pennsylvania on January 24, 1921, and did his undergraduate work at Lehigh University. He leaves his beloved wife, Helen Rice Richards, four children and their spouses, Timothy (Bessy), Mark (Carmencecilia), Andrew (Peggy), and Anne (Eugenio), and seven grandchildren, Maddock, Gwendolyn, Cait, Dan, Cassie, Galicia, and Miguel. A service will be held on Saturday, August 25 at 11:00 AM at St. Philip's Episcopal Church in Coral Gables, Florida. A reception will follow at St. Philip's Church. In lieu of flowers, kindly make donations in Bishop Richards' honor to the Miami Rescue Mission, P.O. Box 420620, Miami, FL 33242-0620 or to the Episcopal Church in Central America, 815 Second Avenue, New York, New York 10017.

Published by the Miami Herald on Aug. 24, 2018.
To plant trees in memory, please visit the Sympathy Store.
MEMORIAL EVENTS
Aug
25
Service
11:00a.m.
St. Philip's Episcopal Church
Coral Gables, FL
MAKE A DONATION
MEMORIES & CONDOLENCES
11 Entries
With the world in such turmoil, I thank God that I can still hear David's calm voice. Our love to all, Butch & Judy
Albert E Schrader III
August 20, 2021
Love does not have a date. David, Holly and all the Richards are always in our hearts.
Albert (Butch) and all the Schraders
Albert E Schrader III
Neighbor
August 16, 2020
David, Holly and all the family are always in our thoughts and prayers. Sharing life with you has been one of Our Lord's greatest gifts.

Love,
Butch and Judy
Albert E. III Schrader
Family
August 17, 2019
To Andy, Peg, Cait, Dan and family. Please accept our heartfelt condolences on the loss of such an incredible man. John, Chris and I wish you the best possible journey through what are bound to be difficult days ahead.
--Maureen Dezell, John and Christopher Shea
August 29, 2018
To Holly, Andrew, Peg, Cait and Dan,
With sorrow for your loss and with gratitude for having been blessed by Bishop Dave's loving presence in the world and the wonderful family he bequeathed to us.
Bob and Helena Leet
August 29, 2018
Dear Richards Family! You are all in my thoughts and prayers. I hope you can take comfort in the legacy of his inspiring life: may his kindness, generosity, wisdom and uplifting spirit shine on in you. And may his peaceful presence remain to comfort you.
Elizabeth Russell
August 25, 2018
God bless and keep you David. You will always be our beloved neighbor, friend, family and shining example of Our Lord's Truth.
Albert III (Butch) Schrader
August 25, 2018
Ducie Minich
Helen Ducie' Minich
August 24, 2018
Andy, my sincere condolences. Prayers and good thoughts headed to You, Peggy and the kids.
Doug Rodman
August 24, 2018
May the Lord bless you Bishop Richards and the perpetual light shine upon you. I am in awe of your work ethic and love for family and communities.May you RIP (rest in paradise)
Marybeth Enright
August 24, 2018
Peggy and Andy, Kate and Dan, my thoughts and prayers are with all of you!
Carol Hancock
August 24, 2018
Showing 1 - 11 of 11 results