GEORGE ROBINSON
ROBINSON, GEORGE. Died August 19, 2012 in Miami, Florida. He was 80. George Robinson was born August 18, 1932 in New York City. After a career on Wall Street, he moved to Florida and was Executive Director of a residential treatment program for youths and adults in Homestead, Florida and practiced as a consultant and teacher in Coconut Grove, Florida. He is survived by his loving wife Maureen of 40 years of marriage, his sister Suzanne, his children Christopher, Justine, Jordan, and Vanessa, and ten grandchildren. A service takes place on August 21 at noon at 3920 Kumquat Avenue in Coconut Grove.

Published by Miami Herald on Aug. 20, 2012.
To plant trees in memory, please visit the Sympathy Store.
MEMORIAL EVENTS
To offer your sympathy during this difficult time, you can now have memorial trees planted in a National Forest in memory of your loved one.
MAKE A DONATION
MEMORIES & CONDOLENCES
Sponsored by GropuWorld.
28 Entries
So many years but George's teachings are ever relevant and I continue to learn from him. Now, also reaching my 80th year, and a fellow Leo, I. once again, wish to acknowledge his passing in this month of August in 2012. His Taoist teachings have grown in me and still do today.
Thank you, George.
Nancy MacLean Coppola
Student
August 15, 2020
From the Dartmouth website:
"George Robinson Jr. '54 passed away on August 19, 2012, in Miami. George came to Dartmouth from the Horace Mann School in New York City. At Dartmouth he majored in philosophy and was a Senior Fellow and a Rufus Choate Scholar. He wrote for The Quarterly and Jack-O-Lantern. George received the Eleanor Frost Playwriting Award. After a career on Wall Street he moved to Florida and was executive director of a residential treatment program for youths and adults in Homestead and practiced as a consultant and teacher in Coconut Grove. He is survived by his wife, Maureen, children Justine Raphael '83, Jordan '85, Vanessa and Christopher and numerous grandchildren, including Elizabeth Raphael '13 and Ian Raphael '18.
Bob Shapiro
January 10, 2016
I had the honor of working with George when I was a beginning MDCPS teacher, and placed at Metatherapy Institute. George was a wise and loving man; generous if spirit. I carry lessons learned from him with me still. Condolences to Mo and the rest if his family.
Rona Abramson Brandell
August 25, 2015
Our souls will always be connected in life and death. Happy birthday,
Love,
Bob
Bob Shapiro
August 11, 2014
I and many others are sad to hear of the passing of our friend and teacher George Robinson. I spent many peaceful hours at the Loquat Street home in the 1980s listening to George's wonderful talks.
Don Browne
March 23, 2014
George, I would like to address you directly. I just was googling you and learned of your passing. I was going to call because I missed you so. I had the honor of bringing you to your first Group session at Casriel's. I will go on missing you, your kindness, intelligence and your voice. With much love. Michael Brockman
January 13, 2014
From Don Browne's website:
" One of the wisest men he's had the privilege of studying under, George Robinson of Coconut Grove, Florida is also fondly remembered for his gentle guidance and wisdom. Mr. Robinson, a Miami psychotherapist, is one of the country's foremost teachers of Taoism."

https://sites.google.com/site/donbrowne/about
Robert Shapiro
January 4, 2014
Dartmouth website memorialized George's passing at: http://staging.dartmouthalumnimagazine.com/george-robinson-jr-%E2%80%9954
"George Robinson Jr. '54 passed away on August 19, 2012, in Miami. George came to Dartmouth from the Horace Mann School in New York City. At Dartmouth he majored in philosophy and was a Senior Fellow and a Rufus Choate Scholar. He wrote for The Quarterly and Jack-O-Lantern. George received the Eleanor Frost Playwriting Award. After a career on Wall Street he moved to Florida and was executive director of a residential treatment program for youths and adults in Homestead and practiced as a consultant and teacher in Coconut Grove. He is survived by his wife, Maureen, and children Justine Raphael '83, Jordan '85 and Vanessa.?"
Robert Shapiro
January 3, 2014
I just learned of George's passing. He was a bright light in the lives of all who were privileged to know him. It is said that "when a student is ready, a teacher will come". For many of us George was that teacher. I will remember him always.
Jim Hollingsworth
November 2, 2013
Just over a year since George passed away. A brilliant mind, kind soul, and wise,(wise) insightful teacher. He often used humor in the best sense - to shine light. Grateful for our friendship. Sending him love, wishing him peace.
Carol
August 21, 2013
George once said to me . . . "A wish-harnessed to work can bring a reality.
But a wish free-floating is a pipe-dream."

Just learned of your death. "May angels of love sing thee to thy rest."
Goodnight, my teacher, my mentor, my friend. You taught me well.

Love,
Lee Strassman, LCSW
June 23, 2013
George's flame will never be extinguished because he imparted his love and wisdom to so many people near or far. I will always be indebted and grateful.
Elise DuPont
March 29, 2013 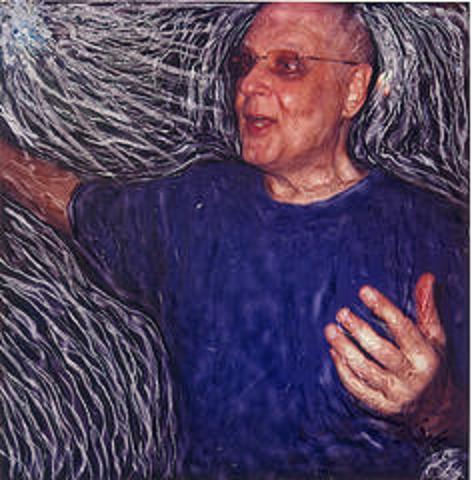 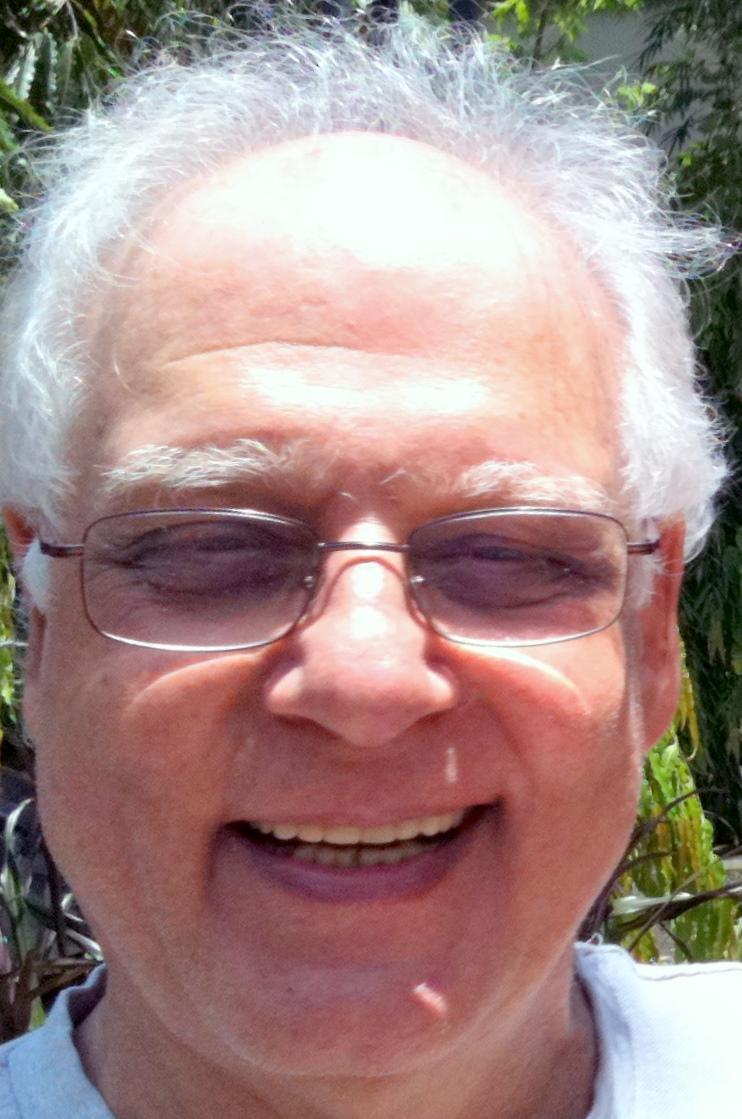 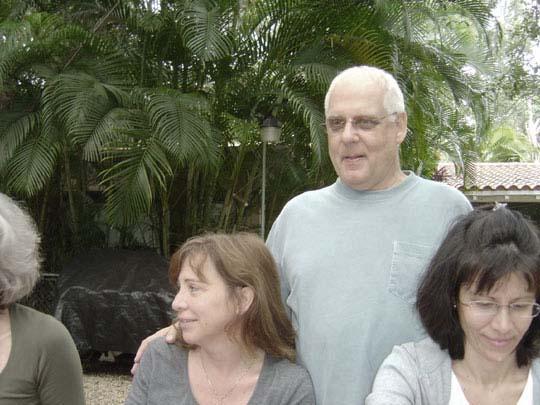 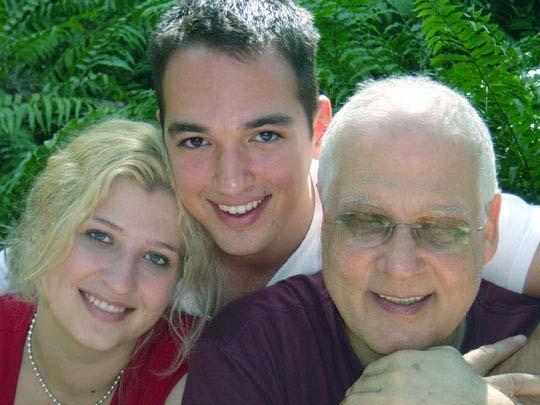 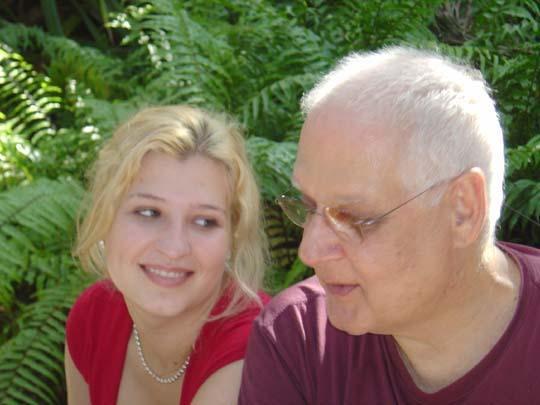 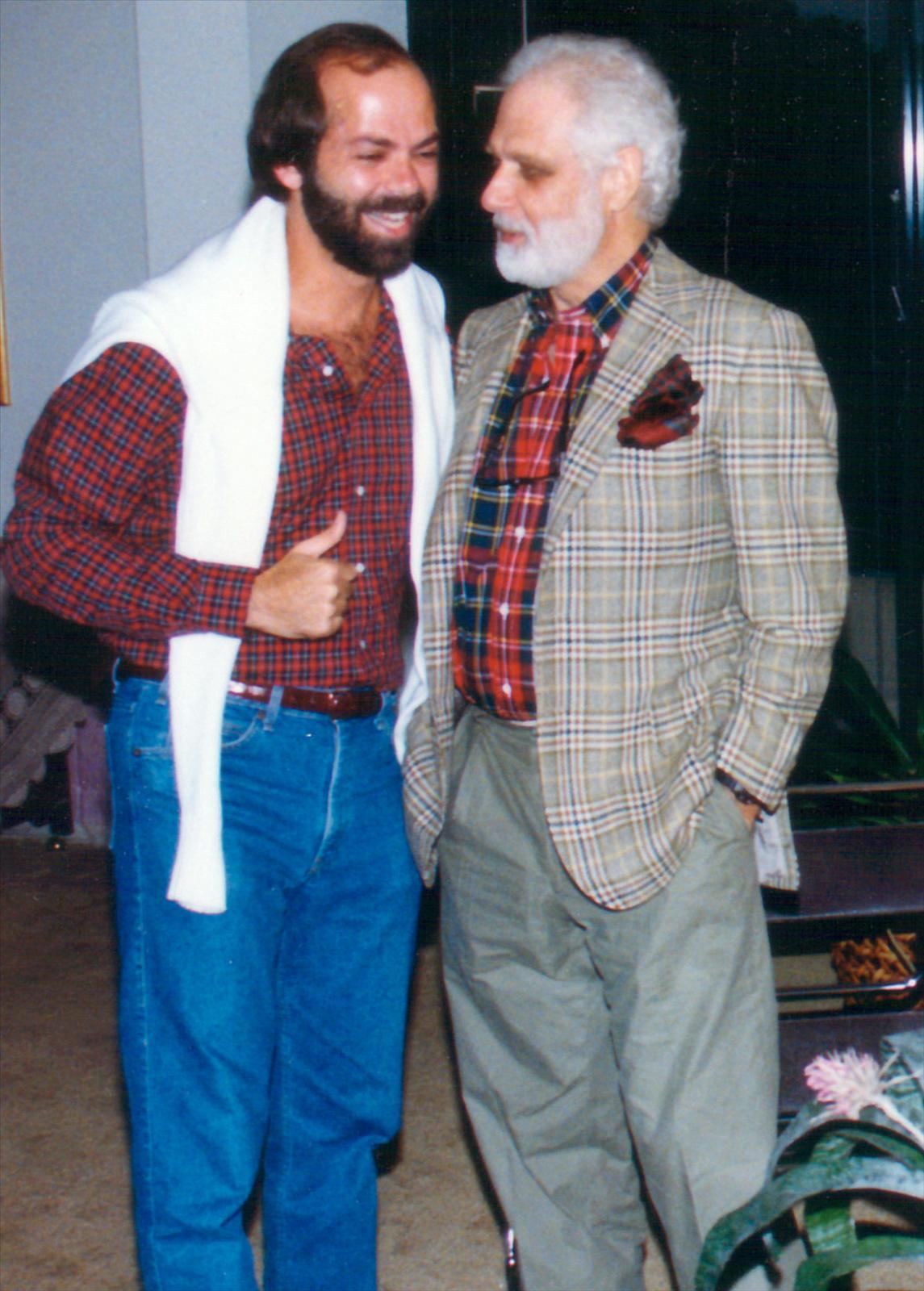 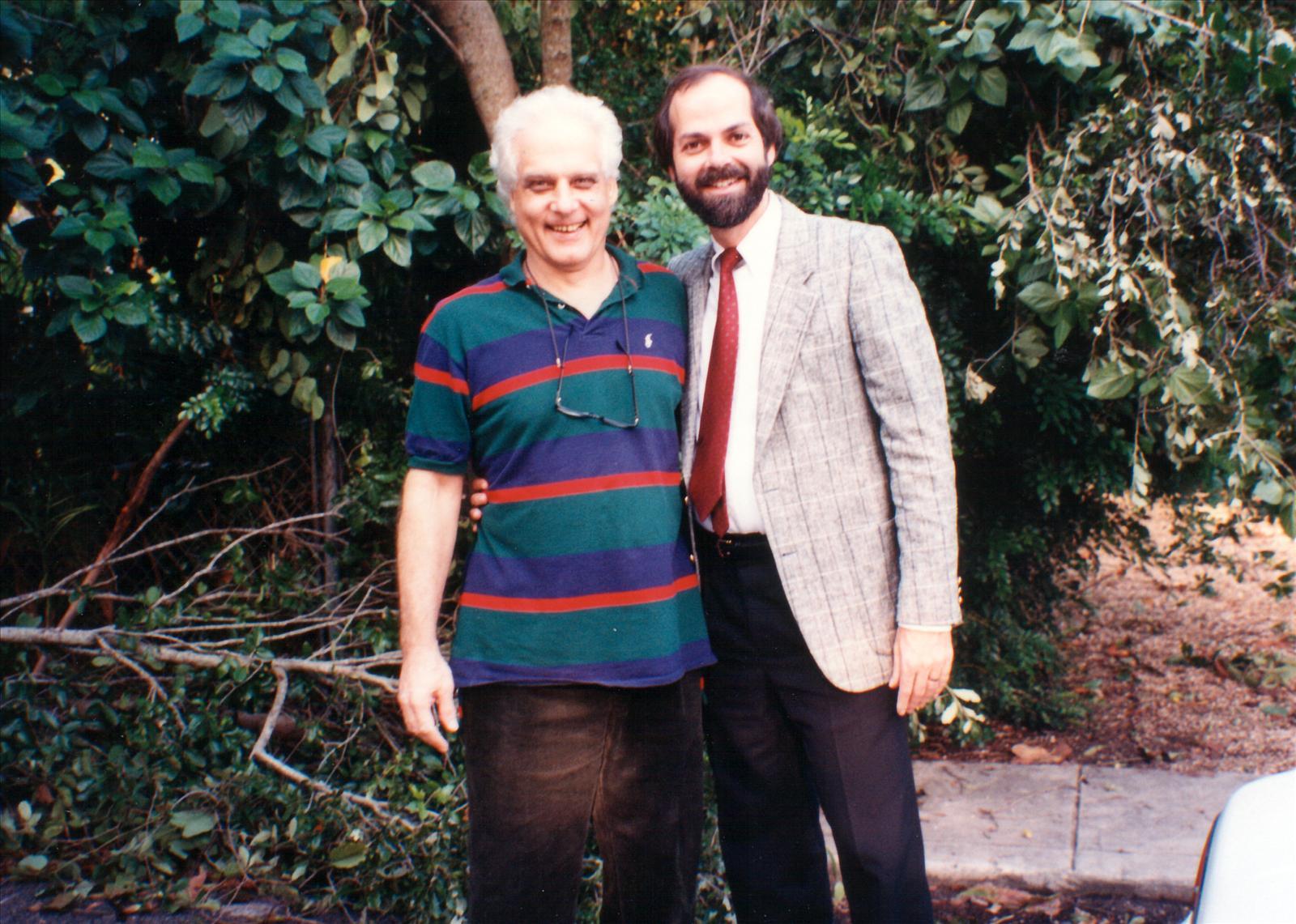 Bob Shapiro
December 28, 2012
George was a great friend and teacher to me for over 30 years. In his spiritual teaching, he drew from many great minds and was particularly fond of quoting Dogen, the founder of Zen Buddhism, who, when asked by a student whether he ever made a mistake, stated: "My whole life has been one continuous mistake." George would instruct students that if we can see our whole life as a series of mistakes from which we learn adjustments and yieldlngs, instead of seeing it as failures, then we see our lives as a learning process where through trial and error, and suffering, or experiencing the consequences of the decisions, we grow and evolve. I'm adding some photos of George and welcome others to post their own photos. George lives on in all of those who knew him.

Read more here: http://www.legacy.com/guestbooks/herald/guestbook.aspx?n=george-robinson&pid=159303953&page=2#storylink=cpy
Robert Shapiro
December 28, 2012
A contibution to Rootstrikers has been made in honor of George.
Debbie Grossman
September 5, 2012
George was larger than life, and so will always live on in my memory as a source of light and comfort. My condolences to Maureen, Vanessa, Jordan and all the rest of his family.
Hildy Richelson
August 28, 2012
George was Brilliant, generous, wise, loving, witty, and joyful to say the least. He was a Brilliant teacher and dedicated his life to service. Thank you and I am deeply grateful to you. What you taught me by example changed my life. You are in my heart.
Veronica
August 23, 2012
George will always live in our memories. He was a brilliant mind and a great character, even when he was still at Dartmouth with Bob. We were all friends from that time on, and knew his parents, sister, first wife Nedra and his children, to whom we send sympathy and love.
--Toby Rafelson
toby rafelson
August 23, 2012
Maureen and family, we just heard about George and are so shocked and sad. George was allways friendly and always helpful. Loquat will not be the same. May the many wonderful memories sustain you all.
David & Linda Brown
August 21, 2012
Wishing his family the best at this time.
Nancy MacLean Coppola
August 21, 2012
I miss you so much already, Grandpa
August 20, 2012
I thank you and wish you peace.
Bob Biegen
August 20, 2012
Showing 1 - 28 of 28 results