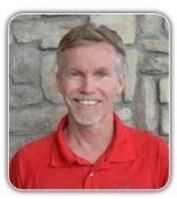 BORN
1963
DIED
2021
ABOUT
Coral Gables High School
Jay Cooper
June 2, 1963 - October 1, 2021
Coral Gables, Florida - Jay Cooper, of Coral Gables, passed away at the age of 58 on Friday, October 1, 2021, after a long, courageous, and hard- fought battle with cancer. Jay was a 1982 graduate of Coral Gables High School and while in high school was named Miami Herald All Dade Athletic Awards Player of the Year Boy's Golf in 1981 and 1982. Jay attended both Miami Dade Community College and Columbus College in Columbus, Georgia on golf scholarships. Jay was characteristically humble, and yet he excelled in every passion and pursuit, most notably playing and teaching golf. While Jay could make a friend out of any stranger, was a joy to be around, and was beloved by Miami's golf community, his true friends were his coaches and mentors over the years and the lifelong friendships that began when Jay played golf as a youngster in Junior Golf and at The Granada Course in Coral Gables. For nearly two decades Jay was a golf instructor at International Links of Miami/Melreese Golf Course. Before becoming a golf teacher, Jay excelled in both amateur and professional golf competition. As an amateur golfer, Jay placed first in Campaneta International Amateur Championship in 1979 and again in 1980. In 1985, Jay placed first in the Tournament of the Americas, first in the Chilean Amateur Championship, and second in the United States Golf Association's Public Links Championship. As a professional golfer, Jay won The Jamaican National Open Championship in 1992. He toured with the PGA Tour of Canada from 1992-2002 and with the PGA Tour of South Africa in 1995 and 1996 and Jay played and placed in many tournaments over his professional golf career. Jay leaves behind many good friends and many students. He will be dearly missed by all. The family held a private funeral service.

Published by the Miami Herald on Oct. 17, 2021.
To plant trees in memory, please visit the Sympathy Store.
MEMORIAL EVENTS
To offer your sympathy during this difficult time, you can now have memorial trees planted in a National Forest in memory of your loved one.
MAKE A DONATION
MEMORIES & CONDOLENCES
4 Entries
Rest in peace my friend, we will all miss you. Jack
Jack Miller
October 31, 2021
Besides being one of the most talented golfers ever to play from S. Florida, I will always remember Jay for the great person that he was. He was a kind and noble person who would go out of his way to help anyone and everyone he could. Life dealt him him bad break after bad break and he persevered nonetheless. I looked up to him as a great golfer and most importantly as a friend. Gonna miss you Coop. Rest in peace. -Ivan
Ivan Ocampo
Friend
October 27, 2021
Jay - was a good guy - always a smile, always the gentlemen - may he find his peace pain free playing now with the golfing greats in the the heavens...hit them long my friend make the sky rumble. MH
Michael Holmquist
Friend
October 17, 2021
Jay was a wonderful and knowledgeable golf profession; more importantly a sweet and compassionate friend. God rest his soul
ALAN SMITH
Friend
October 17, 2021
Showing 1 - 4 of 4 results