BORN
1947
DIED
2021
FUNERAL HOME
Vincent Funeral Home
417 11th Street
West Point, VA
John A. Hinson
December 31, 1947 - September 18, 2021
Key Biscayne, Florida - John A. Hinson
American Businessman and US Marine
John A. Hinson, a resident of Key Biscayne, Florida, died in a single-car accident on September 18, 2021.
Born in Whiteville, North Carolina on December 31, 1947, John Hinson led a truly remarkable life and rose to the heights of the American business world. The son of L.A. and Maxine, Hinson grew up with his parents and his 7 siblings in a small home in the rural community of Whiteville near Wilmington, North Carolina.
During his high school years, Hinson was a member of the football team and exhibited the extraordinary intelligence, focus and determination that would become his hallmark traits later in life. Following his graduation in 1966, Hinson went on to study at the University of North Carolina, Chapel Hill. Hinson joined the Marine Corp and subsequently attended the U.S. Naval Academy Preparatory School.
Following his training in Rhode Island, Hinson was deployed to Vietnam where he managed logistics and loaded ordinance onto combat aircraft. While reluctant to discuss his tour in Vietnam, Hinson readily credited his time in the military for helping him develop the discipline and sense of mission that would serve him so well later in life.
Returning from Vietnam in the mid-1970s, Hinson began searching for a career path and became interested in the business of real estate. Sensing that the city of Atlanta was poised to grow dramatically, Hinson moved there to search for opportunities in the market. In Atlanta, Hinson began to work with Jim Baker, who became one of his closest friends and business partners. Hinson and Baker were young real estate brokers who shared a single desk in a small office in Atlanta. Learning the real estate business from this modest foundation, Hinson went on to create a vastly successful business in Atlanta. Through the many years since, Hinson and Baker remained close friends and business partners and spoke to each other nearly every day.
Following a motorcycle accident that Hinson readily admits he was lucky to survive, Hinson retired in his 30s, purchased a sailboat, and sailed the Caribbean for nearly two years. Growing restless, Hinson decided to re-enter the real estate business and moved to Fort Lauderdale, Florida. Once more, sensing that South Florida was poised for major growth, Hinson began investing in properties and projects in Fort Lauderdale and Miami. Having again created a very successful business and amassed a considerable portfolio of properties, Hinson moved to Miami Beach and was a pioneer in the Miami South Beach area.
It was in Miami that Hinson created and developed one of his most successful real estate projects, The Ocean Club on Key Biscayne, Florida. While finishing the Ocean Club project Hinson met and married his wife of nineteen years, Jeanine Sagebien Hinson. His closest friends Jim Baker and Harold Wright happily declared at Jeanine and John's wedding that 'He got it right.' John wholeheartedly agreed.
After completion of The Ocean Club, Hinson remained involved in real estate and philanthropic ventures, including accepting a leadership role with the Vizcayans, a charity dedicated to the protection and preservation of the Vizcaya Museum and Gardens, where John served as Co-Chairman of the Special Preservation Committee.
While he never boasted and rarely spoke of his past successes in business, Hinson would tell the most extraordinary stories about his experiences if one just asked. Hinson had a voracious appetite for learning and read several books on many topics every week. He was a thoughtful, generous, and respected man with many friends throughout the United States and the world. Entirely self-built, Hinson loved his country, recognizing that the United States was perhaps the only country that afforded him the opportunity to achieve such great success through his hard work, fierce determination, and grit.
Hinson is survived by his wife Jeanine and 6 of his 7 siblings, in-laws, and 19 nieces and nephews.
Donations can made to the following charities near to John's heart:
Friends of Miami Animals Foundation:
2665 South Bayshore Drive
Suite 1200
Miami, FL 33133
email: [email protected]
telephone: (305) 854-2800
website: https://fomapets.org
Dr. Dobson Family Talk:
Family Talk
540 Elkton Drive, Suite 201
Colorado Springs, CO 80907
telephone: (877) 732-6825
website: https://drjamesdobson.org

Published by the Miami Herald on Sep. 26, 2021.
To plant trees in memory, please visit the Sympathy Store.
MEMORIAL EVENTS
Sep
26
Celebration of Life
3:00p.m.
Evelynton
Charles City, VA
Funeral services provided by:
Vincent Funeral Home
MAKE A DONATION
MEMORIES & CONDOLENCES
8 Entries
Jeanine, both Phyllis and I were so happy for you when you and John met and married. I know she loved visiting you and she always reported back to me that the two of you were so happy. That's a gift from God. Bless his soul and yours. Sending love.
Patty Soffer
Friend
September 27, 2021
I remember John from his Atlanta days, when I worked for the law firm of Peterson & Young. He was a pleasure to know. My condolences to his family.
Shaune Scott
September 27, 2021
Always an honest and professional individual to work with. He will be missed.
Stephen Helfman
Work
September 26, 2021
John A. Hinson wss a truly noble man, forefront civic leader, top tier real estate developer, key member of team to save Vizcaya from intrusive development, a perfect gentleman and friend. He leaves a great void.
Horacio Stuart Aguirre and Lynn M. Summers Aguirre
Friend
September 25, 2021
Johnny was my beloved uncle. When i was a baby he came to Rio De Janeiro Brazil to visit our family in1969, my mother has baby pictures of uncle John tickling me and being playful in Brazil. We moved from Rio de Janeiro Brazil to Whiteville NC aprox 1970 to live with our grandmother Maxine Jones Hinson and LA Hinson. We were crowded in the little white house. Whenever Uncle John came around he took a few minutes to talk to me and horse around. He and all his brothers and sisters always made me feel as if i belonged there and was part of their family. As i became a young adult one thing never changed uncle Johnny usually at the last minute on my part, always took time out of his busy schedule to meet me in and around Miami. On many occasions while waiting on a layover on a Atlanta-Mia-Rio bound flight uncle John picked me up at MIA airport and treated me for dinner or lunch even though he was usually working late rebuilding his business. I liked cars and he always was driving something unique (back when cars were cars) Jaguar Cadillac etc usually a convertible sport luxury sedan We would talk about family and life in general. Jeanine, I am truly sorry for your loss. It was wonderful to meet you for dinner on Key biscayne back when my children were little. I recall a little joke, Uncle John turned off the elevator when my children were going up and down for rides. In your Key biscayne home that evening. Johnny liked playing with my kids that evening. Last summer 2020 we were passing through Miami and we stopped by. I didn't have either of your phone numbers. I identified who we were and Security finally let us drive to your building. Your Guard / porter was very nice and told us you were both in Virginia. Too bad we missed out seeing you. I had my youngest 9 year old boy and Brazilian wife with me i wanted you and uncle John to meet. I always looked up to uncle John and i am certain he inspired many with his endless achievements. My beloved uncle John Hinson will forever be remembered and share a place in my heart. Love Marc
Marc N Silva
Family
September 25, 2021
We will miss you John and will cherish wonderful memories that we shared! Sending Jeanine our love and prayers!
The Temples
Friend
September 24, 2021 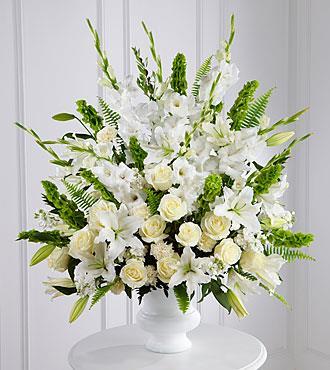 John and Judi Temple
September 24, 2021
Heartfelt condolences to Jeanine Sagebien and her immediate as well as extended family. We can´t imagine the shock and grief that you and your family may be experiencing at this time. We send love and prayers for comfort and the support of family during these difficult times. May he live through you and with you in spirit.
Magaly Garcia Woolard
Other
September 22, 2021
Showing 1 - 8 of 8 results