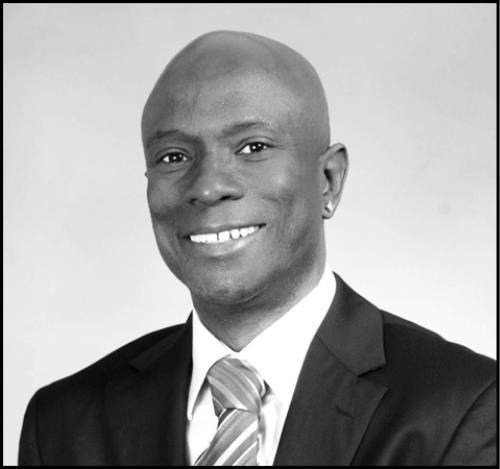 BOWE, LESLIE ANTHONY It is with great sadness that we announce the passing of our beloved Leslie Anthony Bowe or Les as he was known to his many friends. Les passed on October 18, 2017 at the age of 58. Les was an extremely bright and talented individual. He was a Silver Knight in high school, a University of Miami alumnus, where he graduated with a BS in Finance, MS in Business and a minor in Marketing. Les was undeniably one of the luckiest people one would ever encounter. He was a Wheel of Fortune game show winner, a regular radio show winner, a lottery winner and a successful liver transplant survivor, just to name a few. Les was a tireless supporter of many South Florida charities including, Chapman Partnership for the homeless, Ronald McDonald House of Charities, SAVE Dade, The Arsht Center for the Performing Arts and Nordstrom Scholarship Program. He served on the boards of several institutions including The Vizcayans, as President, FIU Honors College and Fairchild Tropical Botanic Gardens. He also served for two terms as a Council member for the Village of Pinecrest, where he has lived for more than 25 years. Leslie was also nominated for various awards including "South Florida's Most Powerful Black Professionals in Business and Industry" in 2014, Ronald McDonalds "12 Good Men" award, and more. Throughout his professional career, Leslie had been affiliated with Miami-Dade Public Schools, American Airlines, Federated Stores, Sears Roebuck and Co. He shared his life with his partners Craig McMahon, who passed in 2001, and Ernesto Mata who survives him. He is also survived by his step children Andres Mata and Adriana Carlota Mata. His brother, Craig Bowe, sister-in-law Shawny Bowe and nieces Naya Bowe and Morgan Bowe, his sister Theresa Bowe, his mother Bernie Bowe and his family in the Bahamas. Leslie's, zest for life and his beautiful smile will always be remembered. There's an emptiness that will never be filled. He was one of a kind! A Celebration of Life will be held at Pinecrest Gardens (Hibiscus Room, 11000 Red Road, Pinecrest, FL 33156) on Monday, November 20, 2017, at 7:00 pm. In lieu of flowers, please donate to Fairchild Tropical Botanic Garden (305-667-1651, [email protected]) or Florida International University's Honors College (Ari Sernik: 305-348-4100, [email protected]).
Published by the Miami Herald on Nov. 5, 2017.
To plant trees in memory, please visit the Sympathy Store.
MEMORIAL EVENTS
Nov
20
Celebration of Life
7:00p.m.
Pinecrest Gardens
11000 Red Road, Pinecrest, FL
MAKE A DONATION
MEMORIES & CONDOLENCES
14 Entries
He loved Halloween. I sure miss him in the neighborhood.
Carla Pugh
Neighbor
October 30, 2020
I'm so very sorry to hear you're gone. It's me your buddy from American Bankers. I'll always remember you. You brought me lunch and talked to me and you were my best friend. And you complained constantly because I said you should go to college. You also said I sounded like your mother. I've missed you.

Love,
Dawn
September 28, 2018
I shocked and stunned to hear of Leslie's passing. I have known him for many years going back to first meeting him at Rueben's before the park was build across the street. I applauded him at his 12 Good Men luncheon and strut down the runway. His house at Halloween was a favorite of ours for years. I will miss running into him at all the charitable and civic events in our town. Much appreciation for all you were and all you did. My sympathies for his family and partner.
Catherine Hayes Janis
November 18, 2017
It was a pleasure to have met you and been in touch with you since we catered your wedding in 2010.
Your outgoing personality, community contributions and and positive attitude will be remembered dearly.
Our condolences to the family and friends from Boni's Catering / Paella Party's culinary team
Boni Guenechea
Neighbor
November 17, 2017
He was, what we as people should strive to be... You are an inspiration to me but most important, my friend. I will miss you tremendously.
Frantz Craft
Friend
November 16, 2017
My condolences for the loss of Leslie A. Bowe , find comfort in knowing, our Heavenly Father has promised we will see our loved ones again. (Act 24:15)
November 15, 2017
My dear Leslie of whom I was indeed so very proud of seemingly left much tòo soon. But, he utilized his earthly time and space to leave an indelible imprint in the hearts of so many. I love you my "little childhood brother" and friend. You served well, now, rest well.
Dr. Dorothy Zeigler
November 15, 2017
Leslie was a very sweet man. He was always so nice to talk to. My condolences to his loved ones.
Giselle Perdomo
November 14, 2017
Condolences Thoughts and Prayers from Karen Smith-Joseph in Maryland
November 13, 2017
I will miss you, it is hard to believe you are gone.
ERIC SEMET
November 7, 2017
Leslie was a truly kind and caring man.
He touched people of all walks of life and ages.
A bright light was diminished with his passing.
Maureen Osborn
November 6, 2017
Someone so special will not be forgotten. Happy time I could never regret. My Deepest Sympathy.
Magedelene Carr
November 6, 2017
RIP my friend...
November 6, 2017
Leslie had a big warm, gregarious presence. And boy did he give back to the community. He'll be missed.
Carla Pugh
November 5, 2017
Showing 1 - 14 of 14 results