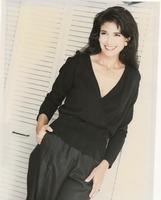 BORN
1949
DIED
2021
ABOUT
Plant City High School
FUNERAL HOME
Haught Funeral Home
708 Dr. Martin Luther King Boulevard
Plant City, FL
Maria Josefa Junquera Browne
December 31, 1949 - October 2, 2021
Miami, Florida -
Maria Josefa Junquera Browne passed away peacefully on October 2, 2021, surrounded by her loving family.
The daughter of Jose Luis "Sobrin" Junquera and Maria Josefa "Josefita" Azorin, Maria and her extended family fled Camagüey, Cuba, in 1960. They eventually settled in Plant City, Florida, where they rebuilt their business brick-by-brick.
A singular beauty, Maria ("Popy" to her adoring cousins) was crowned Hillsborough County Fair and Strawberry Festival Queen in 1967. Despite her recent arrival, she graduated Plant City High School at the top of her class, with honors.
After enrolling at the University of Florida, Maria became the first Hispanic Miss Florida USA, proudly representing her home state in her newly adopted country. Maria also served as Vice President of the Alpha Delta Pi sorority and graduated with honors and a bachelor's degree in political science.
Thereafter, Maria embarked on a banking career. She got her start in Atlanta, where she met the love of her life: Don Browne. They married in 1981 and moved to Miami Beach. She went to work for Southeast Bank; Don became a bureau chief for NBC News. They celebrated 40 years of joy and partnership this year.
Maria was perhaps best known as the CEO of the Browne family. She raised two sons, Chris and Ryan. She taught them to be, above all else, adventurous. Over the course of Don's career as a newsman and, later, as a media executive, Maria traveled constantly with her family. But she never let her boys forget where she came from.
Maria also understood the importance of giving back. True to her belief in every child's potential, she was a Philanthropic Founder of the Women of Tomorrow Mentor & Scholarship Program and a longtime member of the Board of Trustees of The Cushman School.
Most recently, Maria shone brightest as "Abie" to her cherished granddaughter, Adelia. She taught her to sing, make mischief, and dance, usually to Celia Cruz's "La vida es un carnaval."
Maria was preceded in death by her beloved younger brother, Jose "Pepe" Junquera, and is survived by her husband, children, and granddaughter.
Her extended family, from Florida to Northern Spain, will miss her madly.
A funeral mass will be held on Saturday, October 9, at Saint Clement Catholic Church, 1104 N. Alexander St., Plant City, Florida.
For further information, please visit Haught funeral home at www.haught.care. In lieu of flowers, the family asks for contributions in Maria's name to the Women of Tomorrow Mentorship & Scholarship Program, via womenoftomorrow.org.

Published by the Miami Herald on Oct. 7, 2021.
To plant trees in memory, please visit the Sympathy Store.
MEMORIAL EVENTS
Oct
9
Service
9:00a.m. - 10:00a.m.
St. Clement Catholic Church
1104 N Alexander St, Plant City, FL
Oct
9
Graveside service
10:30a.m.
Memorial Park Cemetery
2401 Paul Buchman Highway, Plant City, FL
Funeral services provided by:
Haught Funeral Home
MAKE A DONATION
MEMORIES & CONDOLENCES
11 Entries
I am so sorry to hear about Maria. Don, my love is with you and your family. I remember how much you glowed about Maria and also remember the fun we had during our days at NBC. God bless you, Maria and your respective families. Lyle
Lyle Banks
October 19, 2021
Don, we will all miss Maria. She was truly an inspiration who I´ve used as an inspiration to my daughters.
Martin Lobel
Friend
October 17, 2021
Don ,Chris and Ryan, Please accept my deepest sympathy for the loss of your anchor. I remember fondly our Cushman days as room mothers´ together. Maria brought strength and stability to your family unit. I will always remember her fortitude and tenacity. My prayers are with you and your family.
Lori Ferrell
October 9, 2021
I am so very sad to learn Maria has passed away. We were Alpha Delta Pi pledges together in 1968. We went on to be sorority sisters and friends. She was a lovely, smart and kind person. I will always remember meeting her parents when they came to UF for a visit. And I will never forget Maria. Love to all her family!
Dolly Tison Fox
October 9, 2021
What a beautiful person Maria was, inside and out. Sorry for your loss.
Kathryn Hazen Dame
School
October 8, 2021
My most sincere condolences to the Browne family. Maria was beyond special and will be missed tremendously. Mucho Love!!
Mario Vergel
October 7, 2021
We were close friends for a couple of years. Wonderful and beautiful girl. Our families were close friends in Plant City. Successful Cuban refugees. Last time we spoke was after her mother and brother passed away. I still miss her.
Jorge Sierra
October 7, 2021
Offering our deepest condolences during this difficult time.
David and Wolf Staff of Haught Funeral Home
October 7, 2021
May all your beautiful and precious memories of Maria fill your hearts, and pray God gives you comfort, peace and strength.
Jo H.
October 6, 2021
I know that even though you have a loss, you still have some great memories. I hope those memories will give you comfort in knowing God is with you and your family lean on him in your time of sorrow. Please accept my most deepest condolences.
Simone Taylor
October 6, 2021
So very sorry about the loss of beautiful Maria. A gorgeous woman inside and out, I so admired her beauty, class, intellect and love for Don and her boys. She was definitely one of one. Don displayed her pictures in his office and proudly pointed her out whenever I was there. Prayers and deepest condolences to Don, her beautiful children, extended family and all who loved her. She will be missed.
Danielle Knox
Work
October 6, 2021
Showing 1 - 11 of 11 results