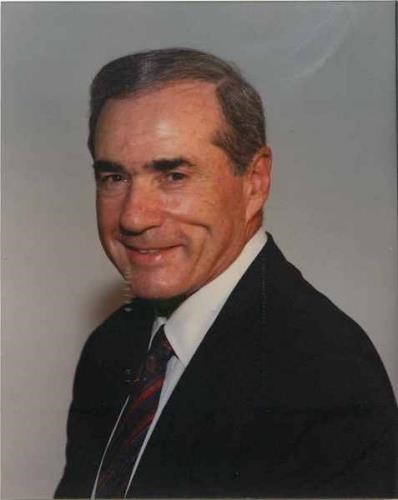 BORN
1928
DIED
2017
FUNERAL HOME
Riverside Gordon Memorial Chapels
17250 W. Dixie Highway
Miami, FL
CHASEN, Melvin was born on May 24, 1928, and passed away on March 13, 2017 at the age of 88. He led a full and active life until ALS claimed his body in stages beginning more than a year ago (ironic that it should be Lou Gehrig's disease, since he was an avid sports fan and as a boy aspired to be a baseball player). Mel (as he was known by most everyone) was above all, an individual, true to his own integrity and sense of priorities. Mel was a self-made man, coming from humble beginnings to realize considerable success. Although he graduated from high school with an engineering degree, and from college as a physical education teacher, from the start, his career was in business. As a vice president of the restaurant chain Lums, he orchestrated the company's purchase of Caesar's Palace, changed the company's name to Caesar's World, and negotiated the company's subsequent listing on the New York Stock Exchange. His biggest business success was with Transmedia Network, Inc., a specialized restaurant financing company, which he also had publicly listed on the New York Stock Exchange. After retiring, he wrote a book titled simply Entrepreneurship, filled with practical advice and lessons drawn from his experience, went on to work with Florida International University on a program encouraging social entrepreneurship, and founded the Vice Provost's Council to support FIU. Even with his business success, Mel's greatest pride and joy was his family. He enjoyed spending time with each family member alone and together, whether at the family summer home in Lenox, Mass, or on any of the many cruises or other trips that the family took together. A gifted storyteller, he had a repertoire of funny tales that kept his family and friends laughing. Mel was a great friend to a lucky few—his advice was frequently sought and invariably followed. A leader among men and women, he had a knack for identifying goals, then specifying strategies and creating tactics to achieve them. He is survived by Iris Chasen, his beloved wife of 67 years, his children, Jerry Chasen, Barbara Chasen Carmel, and Sharon Chasen, his sons in law, Mark Kirby and Jon Carmel, his grandsons, Jeffrey Dubuc and his wife Malia, Ian Schwartz and his wife Sarah, and Neal Schwartz, and his great grandson, Asher Chasen Dubuc. A service will be held on Thursday, March 16, at 10:30 AM at Riverside Gordon Memorial Chapel, 17250 West Dixie Highway, North Miami Beach 33162, with interment following at Lakeside Memorial. Shiva details will be provided. Memorial donations may be made to the ALS Recovery Fund.
Published by the Miami Herald on Mar. 15, 2017.
To plant trees in memory, please visit the Sympathy Store.
MEMORIAL EVENTS
Mar
16
Service
10:30a.m.
Riverside Gordon Memorial Chapels
17250 W. Dixie Highway, Miami, FL
Mar
16
Interment
Lakeside Memorial
FL
Funeral services provided by:
Riverside Gordon Memorial Chapels
MAKE A DONATION
MEMORIES & CONDOLENCES
10 Entries
My heartfelt condolences to the Chasen Family. Mel's light will always shine through you because he is always with you.

Mary Ellen Longo
Mary Ellen Longo
March 25, 2017
Jerry, sorry to read about your dad.
Richard White
March 24, 2017
My most sincere condolence. May our god of love and mercy. Fill your hearts will great comfort. Psalms 9:9
March 16, 2017
I have been privileged to have known Mel. Our sons joined in marriage allowed me to get to know Mel and Iris and enjoy cruises and many, many holidays. He will truly be missed by all of us but especially his family. He was a special person.

Love Carol.
March 16, 2017
May your heart be filled with wonderful memories of joyful times you shared together as you celebrate a life well lived and loved by many. Psalms 90:10.
AC
March 16, 2017
Mel has touched my life in many ways.
his humor, love for his Iris & family,
he treated them with such love and compassion. I feel fortunate to have known him, have treasured memories of such an amazing person. Thank you Mel
Mitzi Launerts
March 16, 2017
I am so sorry to read of the recent loss. May the God of all comfort be with the family at this most difficult time.
Amber Lee
March 15, 2017
To the Chasen Family,
We are so sorry for your loss and are thinking about you all the time. We feel so fortunate to have known such a great man, one that my entire family adored. He was a beautiful man in every sense of the word; kind, empathetic, compassionate, great listener and story teller, brilliant mind, and someone who truly cared about others. We will miss him tremendously. Our thoughts and prayers are with you during this very difficult time. Take comfort in knowing that now you have a special guardian angel to watch over you. Our love to all of you - The Woolverton and Bardes Families
Barbara Woolverton
March 15, 2017
To the family of Melvin Chasen, I am so sorry for your loss. I'm sure you will miss him dearly. Please find comfort in knowing one day we will see our loved ones again. John 6:40. Matthew 5:5.
Alphonso
March 15, 2017
May his light shine bright-always.Much love to Iris and the whole Chasen family.Mel was truly a bright light in everyone's life he touched!May he Rest In Peace! Love,Cookie
Cookie Sandoval
March 15, 2017
Showing 1 - 10 of 10 results