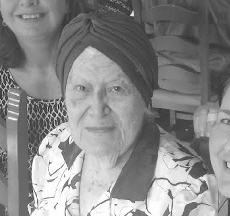 WRIGHT, SHIRLEY, Shirley, devoted daughter, 85, passed away July 1, 2015. She was born in Boston, MA and spent her childhood in Chicago, IL. As a teenager she moved to Miami Beach, where her parents built the Tropicaire Hotel, which she later operated for many years. She was a dedicated teacher and scientist, earning PhDs in Physical Chemistry and Physical Science. She was a chemistry professor at MDCC for over 50 years. She was a student of Dr. Albert Einstein at Princeton. Shirley taught at the University of Miami and Barry College and was also an instructor at JMH School of Nursing and Hialeah High School. She was the first female president of the MDCC Faculty Senate. She was a member of the Dominican Sisters Third Order. For over 50 years, Shirley donated scholarships to students for excellence in the sciences. A generous person, she supported many charities and helped friends in need. Mass of Christian Burial will be held at 1pm on Friday, July 10 at St. Martha Catholic Church, 9221 Biscayne Blvd., Miami Shores, FL 33138. Interment will follow at Flagler Memorial Park. In lieu of flowers, the family asks that contributions be made to St. Jude Children's Hospital in Shirley's memory.

Published by the Miami Herald on Jul. 5, 2015.
To plant trees in memory, please visit the Sympathy Store.
MEMORIAL EVENTS
To offer your sympathy during this difficult time, you can now have memorial trees planted in a National Forest in memory of your loved one.
MAKE A DONATION
MEMORIES & CONDOLENCES
5 Entries
Sei que tudo o que falasse é verdade. Permaneça em paz.
David Danne Cavalcante Bandeira
October 6, 2021
I had the privilege of having Ms. Wright as a chemistry instructor at MDCC over 30 years ago. An inspiring teacher, she brought passion and dedication to her vocation and over 30 years later she is still remembered by a former engineering student. A great teacher and a beautiful person. I will miss her.
Jorge Vidal
February 8, 2016
Miss Wright was my General Chemistry instructor at MDC many years ago. She was very knowledgeable in chemistry and very dedicated to her students. Thank you Miss Wright! God bless you and keep you, Wilfredo M. Fernandez
July 9, 2015
You are already missed.Your life gave us much intellect and humor which will never be forgotten.I will miss the many Holiday treats you always sent to me.

Matthew 5:4 Blessed are those who mourn, for they shall be comforted.
Lori
July 7, 2015
We will miss her dedication and support of the Women's Club lunches and other Parish events.
Garry & Elisabeth Romanik
July 6, 2015
Showing 1 - 5 of 5 results