Stephen (Steve) Trivett Maher passed away on Saturday, December 15, 2018, surrounded by family and friends after a long illness. He was predeceased by his wife Sharon Leslie Wolfe, and is survived by daughters Meaghan Wolfe Maher, Caitlin Wolfe Maher, granddaughters Sharon Wolfe Perez and Grayson Olivia Paniewski, brother Chris Maher, sister-in-law Annette Morrin, brother-in-law Dr. Keith Wolfe, nieces Allie Maher, Sara Wolfe, nephew David Wolfe, and life companion Gillian Haber and her two sons Jonathan and Max Haber. The family wishes to extend special thanks to the nursing staff at South Miami Hospital for the exceptional care provided.
Steve always said that the greatest contributions in his lifetime were as a father and grandfather, and practicing law, his passion for 43 years. He touched the lives of so many other attorneys and law students, mentoring them, cultivating their minds and improving their skills. Steve's personality was not to seek out the limelight, preferring to perform great work and obtain successful results, while letting others take the credit. His personal satisfaction was in performing excellent legal work, taking on the challenge, and helping his clients.
Steve's life was filled with purpose and meaning, and he was always there for his friends and family for an encouraging word, a smile, and hug. He took great pride in his daughters, Meaghan and Caitlin, and great delight in spending time with his granddaughters, Grayson and Sharon. Steve had a dry wit that could make everyone laugh. He was an avid reader, was passionate about NFL football, and was always down for a good meal. He loved going for dim sum on Sundays at Tropical Chinese, a good corned beef sandwich, and a scramble of nova, eggs, and onions. Steve loved to decompress, spending time with his cousins in Canada by the lake. He embraced life in a positive and courageous way, even throughout his illness. Steve was both a gentleman and a scholar, with a keen mind and a great outlook on life.
Steve was born on November 21, 1949, in New York City, the son of William John and Jean Dorothy (Trivett) Maher. He attended New York University and received a bachelor's degree in Psychology in 1971. He then moved to Miami where he received his J.D. at the University of Miami in 1975.
Steve's passion for the law led him to become a voice for the disenfranchised, working as a staff attorney with Legal Services of Greater Miami from 1975 to1981, after which he went into private practice. With a natural instinct to teach and mentor others, and a passion for the law, Steve became the Director of the Clinical Program and thereafter an associate law professor at the University of Miami Law School from 1984-1992, after which he returned to private practice with the prestigious law firm of Shutts & Bowen LLP, serving as chair of the Administrative and Appellate Practice Group.
Steve never lost his desire to help the indigent of our community and he felt that community service, pro bono legal service and working to improve the skills of other attorneys were not just laudable goals, but were a lawyer's duty to the legal profession and the greater community at large. Steve served as Chair of the Administrative Law Section of The Florida Bar and as Chair of the Council of Sections of The Florida Bar. He also served as a director and member of the Executive Committee of The Florida Bar Foundation, where he is was a Life Member. He was a Member of the Florida Bar/Florida Bar Foundation Joint Commission on Delivery Legal Services to the Indigent, wrote articles and in legal periodicals on clinical legal education, lawyers and lawyering, Florida administrative law and other Florida law topics. Steve also lectured at law schools and law firms to train attorneys on various subjects and appeared before various bar associations, the International Legislative Drafting Institute at Tulane Law School, the National Association of Secretaries of State, Price Waterhouse Legal Tech and the Practicing Law Institute. As part of the International Legislative Drafting Institute, Steve taught participants from developing countries how to draft legislation. He was part of a delegation to South Africa after the end of apartheid, where he lectured on administrative law and the Internet and consulted on proposed changes to South African law as the country worked to create its first administrative procedure act. Steve found such work to be deeply rewarding.
Recognized as a Martindale-Hubbell AV® rated attorney and a "Super Lawyer" in appellate law, Steve handled cases that set significant precedents in Florida, especially in administrative law. With decades of appellate experience, Steve handled cases in every Florida District Court of Appeal, the Supreme Court of Florida, the United States Court of Appeals for the Fifth, Eighth, and Eleventh Circuits, and filed briefs in United States Supreme Court. He was a "lawyer's lawyer", a teacher, and a friend. He loved and was loved and he will be deeply missed.
A memorial service celebrating Steve's life will be held at Bay Shore Lutheran Church, 5051 Biscayne Blvd, Miami, FL on Saturday, December 29, 2018, at 1:00 PM. In lieu of flowers, donations may be sent to Legal Services of Greater Miami.
https://www.legalservicesmiami.org/donate
Published by the Miami Herald on Dec. 19, 2018.
To plant trees in memory, please visit the Sympathy Store.
MEMORIAL EVENTS
Dec
29
Memorial service
1:00p.m.
Bay Shore Lutheran Church,
5051 Biscayne Blvd, Miami,, FL
MAKE A DONATION
MEMORIES & CONDOLENCES
8 Entries
In the little time I got to know Steve as his massage therapist going to his home, he was extremely knowledgeable, charismatic, and a great person to be around. He will be missed! Godspeed Steve!
Karel Curras
Acquaintance
May 8, 2021
For some reason, I just found out about the loss of Stephen. What a kind, brilliant man who cared about the well being of all. I will miss Stephen. His much loved daughters should be proud of their wonderful father.
Kent Robbins
August 23, 2019 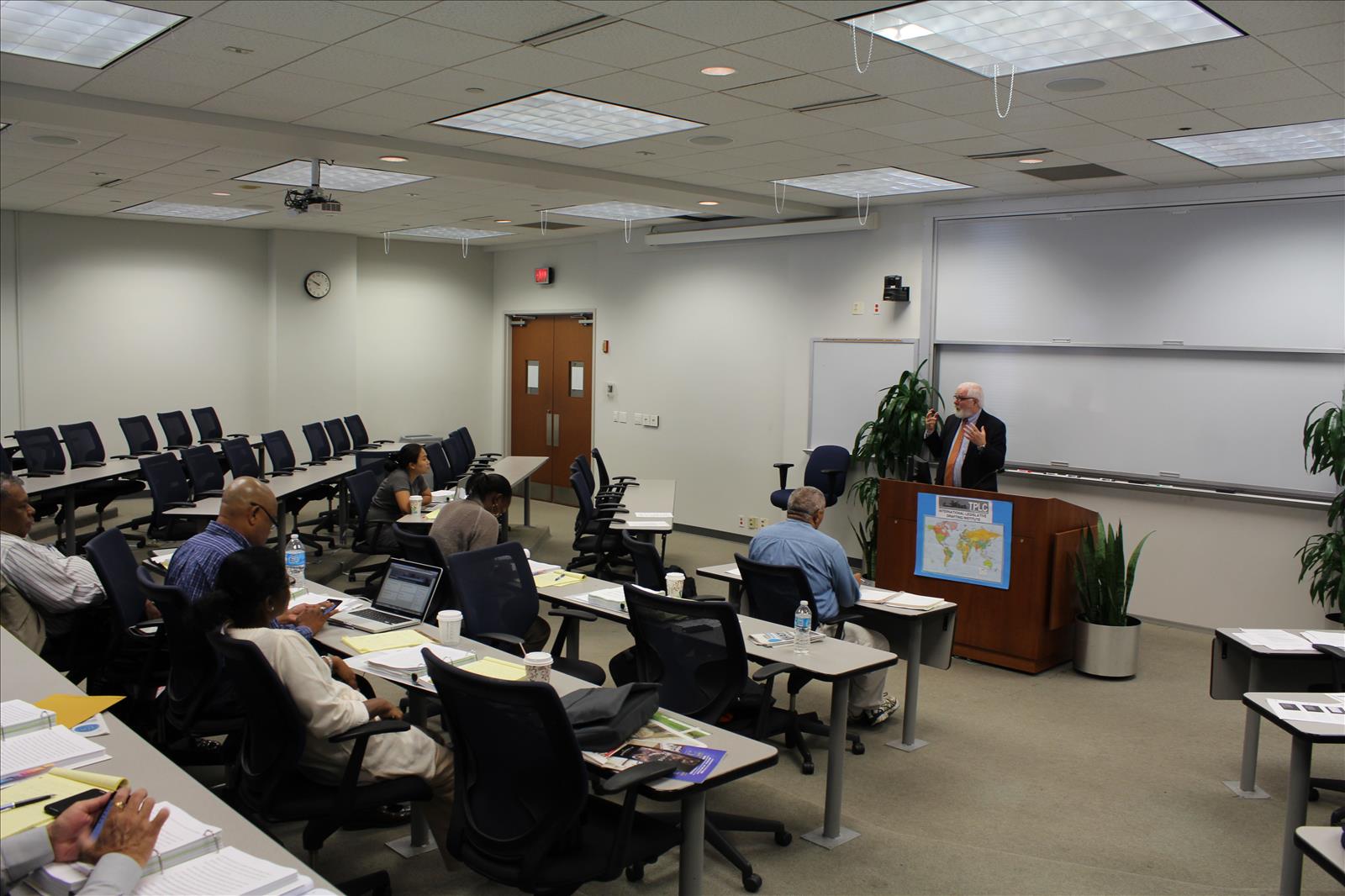 Steve was such a substantial part of The Public Law Center's International Legislative Drafting Institute for over 20 years that we sent the following message to all the participants. Many responded with condolences and their remembrances of Steve:

"We send this message with great sadness to inform everyone of the passing of Steve Maher, whose participation as a speaker made an invaluable contribution to the Institute. Here's a link to Steve's obituary in the Miami Herald with additional links for those who want to express condolences to his family or contribute to Miami Legal Services in his memory:

Steve was an integral part of the Institute and will be remembered by participants for his lead-off lectures at the start of Week Two, when he spoke about Notice-and-Comment Rulemaking under the Administrative Procedure Act. We can all take comfort from knowing that our participants and the Institute were an important and rewarding part of Steve's life, as acknowledged in his obituary:

As part of the International Legislative Drafting Institute, Steve taught participants from developing countries how to draft legislation. He was part of a delegation to South Africa after the end of apartheid, where he lectured on administrative law and the Internet and consulted on proposed changes to South African law as the country worked to create its first administrative procedure act. Steve found such work to be deeply rewarding.

Steve's warm and affectionate personality lit up the classroom and the lives of all who came into contact with him. I'm happy to report that he maintained his upbeat and energetic persona even through the hardships and challenges of serious illness. When my wife Jane and I flew through Miami in October, a long layover enabled us to get together with Steve. He picked us up at the airport, and we brought takeout from Joe's Crab Shack to dine outdoors in Miami sunshine and greenery. He talked about his daughters and granddaughters, his recent travels to Brazil, his article on APA Rulemaking for the ILDI volume we have planned, and his hopes to rejoin us at this year's Institute for the 25th Anniversary Celebration. He embodied a person infused with the fullness of life, so the news of his passing is both a shock and a sorrow.

We'll remember Steve at this year's Institute for all that he did throughout an eventful life to make the world a better place. We are grateful to have enjoyed his presence at the Institute and in our lives for so many years."

David Marcello
Idella Wilson
January 9, 2019
He was an amazing lawyer and with such a kind heart. He made a huge impact in my life he made you see the brighter things in life and his laugh was infectious. May you RIP Steve you will be sorely missed.
Wilda Montenegro
December 31, 2018
Steve was one of the kindest, most-dedicated and brightest people I have known. We are better having had him touch our lives. Harvey Sepler
December 27, 2018
Always remenber that God keeps in his memory those whom we lose because they are precious in his eyes psalms 116:15 Joe,Miami,Florida
December 20, 2018
My CONDOLENCES GO OUT TO THE FAMILY AND FRIENDS DURING THIS DIFICUL TIME HOSEA 13:14
December 20, 2018
My sincere condolences to the family for the loss of your loved one. May prayers strengthen you and memories comfort you, and may our Lord Jesus Christ and God our Father, who loves us, comfort your hearts and "make you firm". (2 Thessalonians 2:16, 17)
December 20, 2018
Showing 1 - 8 of 8 results