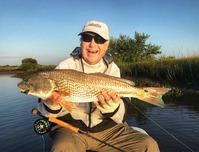 BORN
1937
DIED
2021
Vincent Maggio
August 27, 2021
St Augustine, Florida - Born November 21st, 1937, Vince was the son of Clara Lawrence Maggio and Achilles (Kelly) Maggio. At the age of thirteen Vince was sneaking out of his parent's home in Chicago to play with black musicians in Jazz Clubs, having played piano since the age of three. Thanks to that "School of Hard Knocks", he formed his own jazz trio and toured the Midwest. He played and taught in New York City for a number of years. After moving to Miami, he played in several jazz clubs and for many visiting renowned artists. At age 30, Vince met Jerry Coker, who was the man responsible for beginning the jazz program at the University of Miami. Jerry witnessed Vince interacting with a blind and almost deaf pianist, and said "You're a Teacher!". Vince taught jazz for over 36 years at UM: improvisation on all instruments, small group labs, privately-taught piano students and even interpretation of lyrics with singers. His two tenants: melodic development and rhythmic agreement. His most celebrated achievements were the creation of two ensembles: "Studio Jazz Orchestra", made up of college musicians, and "Baker's Dozen", whose members were Miami's Top Professional Players. After a seven year retirement (in which he wrote, arranged and conducted for the Miami String Project and UM's "Under the Radar" ensemble, among others), he was invited back to UM to teach improvisation to students in the classical arena, which he enjoyed for another seven years. He leaves behind a brother Michael and his son Michael, a sister Donna Walsh and her son Mark, his wife of 36 years Patricia (Trish/Tricia) Carlson-Maggio, and countless devoted students. Vince taught and mentored hundreds of students, many of whom established highly successful professional careers. He was an avid golfer, and a purist when it came to fly fishing. He met his future wife as he was working as a summer guide in Aspen on the Frying Pan and Roaring Fork Rivers while working at Fothergill's Fly Shop. Vince also performed and taught at the Aspen Music Festival many years, as well as played piano in Jazz Clubs in Aspen, all the while providing private lessons to both instrumentalists and vocalists. His total of 50 years living in Miami provided him fishing trips to Flamingo and Biscayne Bay on his beloved "Devilray". He treasured his 25 summers in Wise River, Montana, exercising his angling skills on the big hole river. He was the recipient of the Miami Jazz Coop's Lifetime Achievement Award in 2016. His remains will reside with his wife's in her hometown of Gardner, Kansas. Vince passed peacefully in St. Augustine, Florida, on August 27th, 2021. He was 83.

Published by the Miami Herald on Sep. 17, 2021.
To plant trees in memory, please visit the Sympathy Store.
MEMORIAL EVENTS
To offer your sympathy during this difficult time, you can now have memorial trees planted in a National Forest in memory of your loved one.
MAKE A DONATION
MEMORIES & CONDOLENCES
1 Entry
Such a loss for the jazz community what with the passing of Vince Maggio. So many concerts at the University of Miami with Vince at the piano and the U of M Jazz Band working with him and his faculty colleagues. He was such a wonderful jazz leader and only a pleasure to tap my feet to his beat. He will be so missed. The jazz community has lost one of a kind. I don't know if God is a jazz fan but if not, it's time to tune in one of the best in Heaven. RIP Vince. Jeannie Casey A Vince Maggio fan for many years
Jeannie Casey
Other
September 17, 2021
Showing 1 - 1 of 1 results