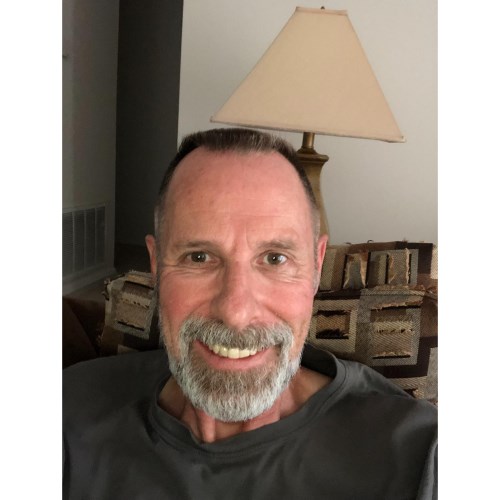 BORN
1964
DIED
2021
Kelly John McCulley was born in Klamath Falls, OR to John "Paul" and Emma "June" McCulley on February 5, 1964. He attended Malin Elementary School, Lost River Jr/Sr High School where he graduated in 1982, and OIT where he graduated with an Electrical Engineer degree.

Kelly married Kathryn Beyer on March 16, 1996 in Lake Tahoe. They celebrated 25 years together this year.

Kelly worked for Semix, then Tazmo, Inc. based in Japan. Kelly's job took him to many countries where he loved embracing the local culture, trying the local foods, and exploring the country. Whenever Kelly made a trip to Japan, the president of the company made a point to have lunch with him.

Kelly had a gift for building and fixing things. He loved going back to his hometown of Malin, OR to visit and spend time with family.

Kelly was diagnosed with ALS in 2019 but symptoms were evident earlier. After being diagnosed, he had Kathryn made the decision to leave California and move to Medford, OR so they could be closer to family. He passed away at home on August 7, 2021 with Kathryn by his side. There will be no funeral service.

Kelly was preceded in death by brother, Michael McCulley, and parents, June and Paul McCulley.

Kelly is survived by his wife, Kathryn McCulley, of Medford, OR; cat, Solomon; brothers, Phillip "Phil" (Bev) McCulley of Oakridge, OR, and Greg (Loretta) McCulley of Malin, OR; brother in law, Christian (Belinda) Beyer of Mather, CA; nephews, Patrick McCulley of Portland, OR, Andrew (Katii) Beyer of Mather, CA, and Christopher Beyer of Mather, CA; nieces, Kristen (Robbie) Masten of Malin, OR, Blakelee (Scotty) Motil of Jacksonville, FL, Mandee (Chris) Shaull of Medford, OR, and Grace (Oscar) Munoz of Sydney, Australia, NSW; great nieces and nephew, Teagan, Peyton, and Zoe Masten of Malin, OR, Mila Shaull of Medford, OR, Ellie Beyer of Mather, CA, Eva, Hector, and Isabella Munoz of Sydney, Australia, NSW.
Published by Herald And News on Aug. 20, 2021.
To plant trees in memory, please visit the Sympathy Store.
MEMORIAL EVENTS
To offer your sympathy during this difficult time, you can now have memorial trees planted in a National Forest in memory of your loved one.
MAKE A DONATION
MEMORIES & CONDOLENCES
4 Entries
Kathy I am so sorry for your loss! I regret that we lost touch for a while! You are in my prayers always and hope to get in touch soon! Love you and miss you!
Pam Koch
Friend
October 20, 2021
Will always remember the good times we had at family get togethers at malin, and the range land. allison
al chamberlain
August 28, 2021
Remembering fun times with you at the lava beds and up on the range, little cousin.
Barb
Family
August 25, 2021
Will always love you Brother.
Phil
August 23, 2021
Showing 1 - 4 of 4 results