Thomas was born Feb.11, 1949 in Long Beach, Calif., to Thomas Leroy Jr. and Ruth Marie Ries. Thomas was married to Lois Asay on April 3, 1971 in Garden Grove, Calif. He held jobs as a newspaper boy, Safeway, Alpha Beta and spent many years in construction (which he loved). Thomas went to Orange Coast College in Costa Mesa, Calif. and earned an AA degree.

He joined the Navy in 1969 and was stationed in San Diego, Calif., Pearl Harbor, HI, and in Vietnam. He earned a Honorable discharge in 1975. Thomas and Lois lived in Southern California and moved to Klamath Falls in 1993. He enjoyed camping at Ludlum Cabin, served in the BSA, as a Leader, an assistant and Scoutmaster. He attended the LDS Church and served in numerous volunteer callings. He served in the Bishopric and the High Council. He loved being a faithful servant for his Heavenly Father and Jesus Christ. Thomas is survived by his sons and daughters-in-law: Thomas IV and Anya Potter, John and Stephanie Potter. Daughters and sons-in-law: Mary and Clinton Gouin, Brandy and Joseph Carter, Ann Marie and Michael Cox, Cheryl and Tom Wyland. Grandchildren: Holly Waggoner, Faith Hayes, Madison Wyland, Rachel Cox, Joe and Josh Carter, Jasper Vogelsong, Kaitlyn, Leah, Elena, Melanie, John and Owen Potter, Jessica and Alex Gouin. Grandchildren and spouses: Christi and Timothy Chaffee, Ashley and Jordan Byrd, Sarah and Issac Grammar, Heidi and Lance Prange. Sisters: Linda Miller, Lois and Keith Whitfield; Sister-in Law: Patricia Brown. six great-grandchildren and numerous nieces, nephews, cousins, foster children, and friends.

Thomas was preceded in death by his father Thomas, mother Ruth, nephew Michael Stelton and Perry Asay. Thomas will be buried in Eagle Point National Cemetery and memorial services will take place at a later date. O'Hair-Wards Funeral Chapel is in charge of arrangements (541-884-3456). 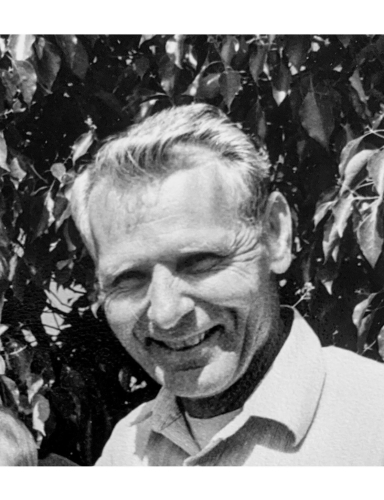 To plant trees in memory, please visit our Sympathy Store.
Published by Herald And News on Mar. 29, 2020.
MEMORIAL EVENTS
No memorial events are currently scheduled.
To offer your sympathy during this difficult time, you can now have memorial trees planted in a National Forest in memory of your loved one.
Funeral services provided by:
O'Hair-Ward's Funeral Chapel
MEMORIES & CONDOLENCES
Sponsored by O'Hair-Ward's Funeral Chapel.
1 Entry
Lois and Family I am so sorry Tom had to leave you and your family too soon. I only have good memories of him. He will be missed and remembered as a loving person with a good heart.

With love from the Morrison Family
April 3, 2020