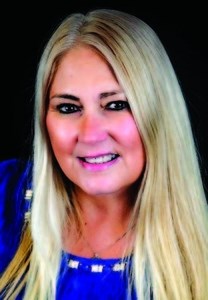 Carolyn "Cece" Carter Kline went to be with the Lord on July 20, 2021, at Ballad Hospice House, after a brief illness. She was born on December 31, 1961, to the late Frank and Joane Carter, in Washington County, Virginia, and lived most of her life in Bristol, Tennessee.

Cece had a big personality and lots of friends. She was a miracle, as she suffered a horrific brain aneurysm while on a family cruise vacation in 2018. Cece battled through it and survived, with odds against her.

Cece was in the restaurant business for the majority of her adult life. She started at Bennigan's in Johnson City and later opened Dakota's Cafe in Bristol, Tennessee. Cece is a local celebrity in the Bristol area for opening The Wing Doctor, a local favorite in the Tri-Cities area, where she made real friends.

Cece was a local treasure who never wanted to stop working. Besides being in the restaurant business, Cece followed in her brother's footsteps and went into real estate. She was always the life of the party, and anyone that knew her absolutely loved her.

The family will receive friends and loved ones from 6 until 7 p.m., Thursday, July 22, 2021, in the Main Street Chapel of Farris Funeral Service. A service to celebrate the life of Cece Carter Kline will be follow at 7 p.m., with Pastor Scott Price officiating.

The funeral service will be live streamed. You may view the service by copying and pasting the following URL in your browser:

Those wishing to express sympathy online may do so by visiting www.farrisfuneralservice.com and signing the online guest register.

In lieu of flowers, Cece would welcome donations in her name to the local animal shelter of your choice or the Bristol, TN Bark Park (https://www.bristoltn.org/675/Bark-ParkCharlie-Robinette-Park).