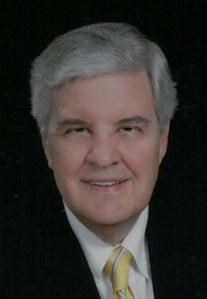 Kenneth grew up in Lebanon, Tenn., and spent his young years riding horses through fields and streams, and fishing in ponds throughout the rocky crags of middle Tennessee. He was a graduate of Castle Heights Military Academy where he left his mark, and was probably the cause of his Headmaster's early retirement! He continued his education at East Tennessee State University where he obtained a B.A. in History. It was here that he met and married Sandra Nidiffer. They celebrated their 58th wedding anniversary on December 21, 2020.

Kenneth gave a lifetime of service to Transit Mix Concrete Company where he was Executive Vice President. He was active for many years at First Presbyterian Church in Johnson City, where he served as teacher, deacon, and elder. He became a founding elder of Westminster Presbyterian Church, in 1983, and has served there as a ruling elder and elder emeritus. Kenneth was a history buff with a passion for woodworking. His family treasures the furniture he handcrafted through the years. His loves were his Lord, his family and his church.

Kenneth was preceded in death by his parents, Mr. and Mrs. James Thayer Smith, and his brother and sister-in-law, Mr. and Mrs. Thayer Cheatham Smith.

There will be a graveside service at 2 p.m. on Thursday, January 7, 2021 at Monte Vista Memorial Park, officiated by Pastor Andy Wyatt and Dr. James Richter. If you wish to go in procession, please arrive no later than 1:50 p.m. at Morris-Baker Funeral Home. There will be a Celebration of life service at Westminster Presbyterian Church at a later date.

Memories and condolences may be shared with the family vis www.morrisbaker.com