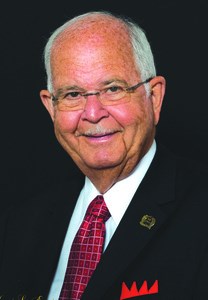 Kingsport Businessman and Entrepreneur - Dean E. Trent, 85, of Kingsport, went home to be with his Lord and Savior on Monday, February 22, 2021, with his family by his side following a year of declining health.

He was born in Sneedville, Tenn., and moved to Kingsport in 1940 at the age of 5. Dean never forgot his upbringing or where he came from and was proud to be from Hancock County. His strong work ethic began at age 16 and he was happiest when he was working. He graduated from Lynn View High School and began his business endeavors working with his parents at The Peggy Ann Restaurant. His calling was helping families as a funeral director. Serving countless families throughout his funeral career, he began his career at Gate City Funeral Home in 1959. He became the owner of Carter-Trent Funeral Homes in 1991 with locations in Kingsport, Church Hill and Scott County. Dean was honest, hardworking, humble, and extremely generous. He worked side by side with his wife Martha, three daughters, Judy, Deana and Jodi as well as his nephew, Brent Warner.

Dean was an entrepreneur and owner of numerous businesses over the years. He completed Vanderbilt School of Banking, was a former executive vice president of Tri City Bank and served on the board of First VA Bank/BBT and Citizen's Bank. He was a founding member of the Independent Funeral Director's Association and was a long-standing member of the Tennessee Funeral Director's Association. Dean was appointed to serve on an advisory board by Tennessee Governor Ned McWherter.

Dean was a supporter of the Kingsport Chamber of Commerce, and the Downtown Kingsport Association. He was a member of Gideons International and a member of the Jericho Shrine Temple and a 32nd degree Mason.

He enjoyed spending time at his homes in Pigeon Forge, Tenn., Hilton Head, S.C., and his farm in Scott County, Va. He especially enjoyed family trips, and cherished spending time with his grandchildren and great grandson. Dean was immensely proud of his family and loved them unconditionally.

Dean kept his faith in God, serving the Lord first and foremost. Dean was a member of Temple Baptist Church where he served as a deacon.

The family would like to extend a special thank you to his 24/7 caregivers who have become family to us, Connie, Sue, Frieda, Hunter, Paula, Corvin, Dallas, Margie, Todd and Jessica.

Mask and social distancing guidelines should be followed by all attendees.

Online condolences may be sent to the family by visiting www.cartertrent.com.

To plant trees in memory, please visit our Sympathy Store.
Published by Bristol Herald Courier from Feb. 23 to Feb. 24, 2021.
MEMORIAL EVENTS
Feb
23
Funeral service
6:00p.m.
Temple Baptist Church
GUEST BOOK
1 Entry
Dear family, I worked with Dean at Tri-City Bank and 1st VA for 20 years. Dean was always helpful kind and was great teacher and co-worker when he worked in the Blountville office of Tri-City Bank and 1st Virginia. I will never forget his eagerness to learn and to help others. He will be greatly missed. Joyce
Joyce Harper-Sodgrass
February 23, 2021