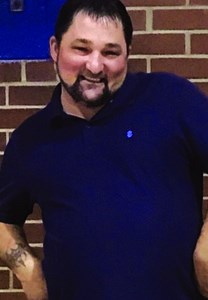 James Chadwick "Chad" Adkins, age 41, went to be with the Lord on Wednesday, June 9, 2021. He was born in Smyth County, Virginia, and was a lifelong resident of Washington County, Virginia, where he attended Patrick Henry High School.

Chad worked as a plumber for a time, but the career he liked best was landscaping, as he loved the outdoors. He also liked to hunt and fish, and he was an avid fan of Patrick Henry High School sports. Chad's greatest love was his family.

A memorial service will be planned at a later date.

In lieu of flowers, the family is requesting financial support to assist with Chad's funeral expenses.

To plant trees in memory, please visit our Sympathy Store.
Published by Bristol Herald Courier on Jun. 11, 2021.
MEMORIAL EVENTS
No memorial events are currently scheduled.
To offer your sympathy during this difficult time, you can now have memorial trees planted in a National Forest in memory of your loved one.
Funeral services provided by:
FARRIS FUNERAL SERVICE INC.
MAKE A DONATION
MEMORIES & CONDOLENCES
Sponsored by FARRIS FUNERAL SERVICE INC..
8 Entries
I played football with Chad and spent alot of time together at the Larmon cabin. He was a joker and always grinning. We still talk about his shenanigans at the cabin. I'm thankful for the time that we shared with him. God bless his family.
Timothy Snead
June 14, 2021
so sorry to see that your son has passed away. Hoping your memories bring you peace
Pam White Ellis
June 14, 2021
Words can't express how very sorry I am to hear about Chad. He and my son were in football together at Patrick Henry. I will be praying for you all.
Robin Forshee (Storie)
Other
June 13, 2021
Sending hugs and prayers from SC. So sorry Debbie and family. Our thoughts are with you during this difficult time.
Judy & Butch Tolley
Family
June 13, 2021
I am so sorry fir this loss. He was a kind hearted man and he loved you so much and your kids. I am here for you if you need anything Michelle. My prayers are with you during this time. Take comfort i the goid Lord he will pull you through this. God bless you and your kids.
Melissa Molina
Friend
June 12, 2021
Debbie So So Sorry about the passing of Chad, He was here alot when he was younger. Prayers for peace for you and your family
Martha Ratcliffe
June 11, 2021
I am sorry to hear this about Chad I went to school with his in Middle and high school he was such a nice guy in school. I will be praying for his family. Fly high my Friend.
Joni Elswick Perez
School
June 11, 2021
Fly high my brother, its not the same and never will be,but I will get that big buck for you this year brother. I miss my friend and love you man. Ill see you again one day.
Chad Mann
Friend
June 11, 2021