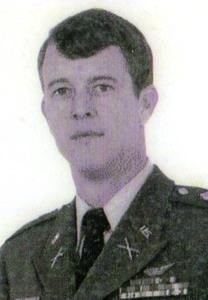 Mr. Spangler was born on January 18, 1946, in Harlan, Ky., the son of the late Earl and Ruth Spangler. He was a graduate of Pennington High School and Emory & Henry College with a degree in History. In 1983, he received a second degree in Management from the University of New York and then a Master of Public Administration from Golden Gate University in 1985.

He retired in 1989 as a Lieutenant Colonel in the U.S. Army, proudly serving for twenty-one years. He was a decorated Vietnam aviation combat veteran and possessed an FAA commercial pilots license with ratings for airplane, single & multiengine land, rotorcraft-helicopter and had instrument airplane and helicopter ratings. During his military career, he was qualified in a diverse set of specialty areas, including Field Artillery, Aviation, and Military Intelligence and possessed top secret clearance with special compartmented information and nuclear weapons access. He was an Executive Officer of the Army's only Electronic Research & Development Aviation Test Facility, where he piloted experimental and prototype aircraft. He finished his distinguished service as the Deputy Garrison Commander of Ft. Rucker, Ala., the Home of Army Aviation. During Mr. Spangler's tenure of service he earned the following accommodation medals, the Bronze Star Medal, Legion of Meritorious Service Medal (1 Oak Leaf Cluster), Air Medal (Numeral 7), Army Commendation Medal, Army Achievement Medal (1 Oak Leaf Cluster), Meritorious Unit Commendation (3 Oak Leaf Clusters), National Defense Service Medal, and Vietnam Service Medal with 1 Bronze Star, Expert Badge (Pistol).

After leaving the military, Mr. Spangler became the City Manager of Bristol, Va., and retired from this second career in 2007, after serving Bristol for 18 years. While he was proud of many accomplishments with the City, he was especially fond of the people he got to work with during his tenure. Many of them remained valued friends throughout his life. He attended Euclid Avenue Baptist Church in Bristol, Va.

Mr. Spangler had a lifelong passion for Corvettes, where he was the proud owner of a restored 1966 Stingray, then several newer models over the years. He was also an avid pool player, and during his teens, he routinely had to be picked up by his dad at the pool hall in order to go back to work at their family store. He also loved tech gadgets, playing cards, golf, military aircraft modeling, and working in the yard. Possessing a dry and sarcastic wit, many jokes could always be anticipated while he was with family and friends.

Mr. Spangler is survived by his loving wife of 53 years, Phyllis Ann Spangler; daughter, Angela Spangler Statzer and husband, Weston, of Huntersville, N.C.; and son, Stephen David Spangler and wife, Beth, of Bristol, Tenn. He was blessed with three grandchildren, who he loved dearly, granddaughter, Lilly Statzer, and grandsons, Wes Statzer and Bowen Spangler. He was also survived by wonderful extended family.

The memorial service will be held 2:30 p.m., Wednesday, November 4, 2020, at Cumberland Square Park in Bristol, Va., with Dr. Allen Robert officiating. Military honors will be conducted by the VFW Patton Crosswhite.

In lieu of flowers, memorial contributions can be made to the Wounded Warrior Project. (woundedwarriorproject.org). Online condolences may be made at www.weaverfuneralhome.net.

Arrangements were made with Weaver Funeral Home and Cremation Services.

To plant trees in memory, please visit our Sympathy Store.
Published by Bristol Herald Courier on Nov. 3, 2020.
MEMORIAL EVENTS
Nov
3
Memorial service
2:30p.m.
Cumberland Square Park
, Bristol, Tennessee
Funeral services provided by:
Weaver Funeral Home
GUEST BOOK
5 Entries
Paul and I were friends and fraternity brothers at Emory & Henry. We shared many good times together and I have some great memories! My prayers for his family!
Gary Cron
November 28, 2020
Paul was a great Man. You all will be in my Prayers.. lost Betty Rae in June 2016. Keep Smiling
Col (ret) don Marnon
November 11, 2020
Thank you for your exceptional service
Randall Dixon
November 4, 2020
Phyllis, Angela and Stephen, I am so sorry for your loss. Paul did so much in his life to be proud of. Cherish all those wonderful memories of him.
Phyllis Crabtree
November 3, 2020
Paul led an amazing life and made remarkable contributions to his country and community. May sweet memories help to fill the void in the hearts of all who knew and loved him.
Patricia Murphree
November 3, 2020