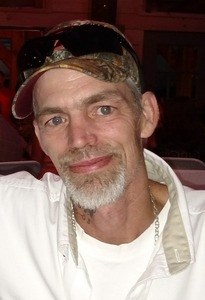 Roger Dennis "Dee" Hart, 51 years of age of Gastonia, N.C., passed away on Tuesday, September 7, 2021 due to injuries sustained in a car accident. Born in Long Island, N.Y., he was the son of Jo-Ann McConville Hart Edwards Stanley of Abingdon, Va. He operated a painting business most of his life and was an honorable Veteran of the U.S. Army - Co B 649th ENGR BN (USAREUR) E7 and spent most of his time with them in Germany. He served from June 1989 to November 1991 as a Heavy Wheel Vehicle Mechanic. While in the service, he received an Army Service Ribbon and a National Defense Service Medal.

He was preceded in death by his precious sister, Lisa Marie Stacy and stepfather, Max R. Stanley.

The family will be conducting a private gathering to commemorate his life sometime in the near future.

4300 Statesville Rd Charlotte, North Carolina 28269
Published by Bristol Herald Courier on Sep. 21, 2021.
To plant trees in memory, please visit the Sympathy Store.
MEMORIAL EVENTS
To offer your sympathy during this difficult time, you can now have memorial trees planted in a National Forest in memory of your loved one.
Funeral services provided by:
Boston's-Roseboro's Mortuary & Crematory
MAKE A DONATION
MEMORIES & CONDOLENCES
Sponsored by Boston's-Roseboro's Mortuary & Crematory.
3 Entries
So sorry to hear of "Roger Dee's" passing. Had not seen him in years but loved him still. He will be missed by so many family members and friends. God bless JoAnn, Sharlene and Melinda.
Marlene Owens
Friend
September 21, 2021
So sorry for your loss.Prayers for the family.
Rocky&Pat Horton
Family
September 21, 2021
My deepest condolences to the entire family. Roger will be so missed. Many a good time with Roger full of life and love for his family, especially his mom and son Cody. I will remember the person that you could always count on for a favor. Rest In Peace Roger D love you and will miss you. The McCauleys
Amy McCauley
Friend
September 21, 2021
Showing 1 - 3 of 3 results