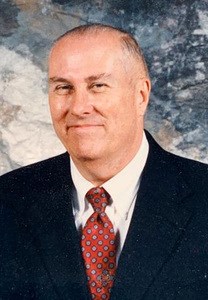 Graveside services will be at 11 a.m. on Tuesday, October 27, 2020, at Crestview Memorial Park under the direction of Lunn's Colonial Funeral Home.

The son of the late Walter J. Carmoney Sr. and Fannie Belle Prater, Walter was born on December 22, 1935, in Abington, Virginia. Walter spent his early years in Marion, Virginia, and graduated Valedictorian of Marion High School in 1954. Walter graduated and was Valedictorian with a B.S degree in Chemistry & Biology from Emory & Henry College, Emory, Va. in 1958. Walter achieved his Medical degree from the Medical College of Virginia, Richmond, Virginia in 1962. Walter and Maxine were married April 16, 1963, and he served in the USAF 1966-1968; stationed at the Wichita Falls, Sheppard Air Force Base. Walter then began his career as a physician in Wichita Falls, Texas for nearly 30 years.

Walter was a member of The Church of Jesus Christ of Latter-day Saints for over 70 years and held many positions including Bishop and Branch President.

Walter was very devoted to his family, loved to travel and was very passionate about genealogy.

Along with his parents, Walter was also preceded in death by his wife, Maxine Carmoney and sister, Marlene Carmoney of Atkins, Virginia.

He is survived by sons Walter Carmoney III and Steven Carmoney; five grandchildren; and five great-grandchildren.