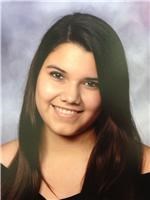 Kimberly was born September 29, 1994 in Allentown, Pennsylvania, the daughter of Russell Dunnachie and Diana (Dunnachie) Gillum. She attended Sherman public schools from the 4th through 12th grades, graduating from Sherman High School in May 2013 with honors. Kimberly loved and was very active in sports, playing basketball, volleyball and throwing the discus in track for the Bearcats. She was currently employed by Cracker Barrel. KJ had attended some classes at Grayson College and hoped to become a math teacher. She loved animals and was devoted to her dogs and horses. She loved music, hanging out with her friends, and traveling. KJ was a deeply caring person who had found the true meaning of family. She will be deeply missed by all those that she touched.

There is an online guest registry at www.waldofuneralhome.com. In lieu of flowers, memorials may be made to the Grayson Crisis Center at PO Box 2112, Sherman, TX 75091.

Rest in Peace, we love you and miss you!
To plant trees in memory, please visit our Sympathy Store.
Published by The Herald Democrat from Dec. 12 to Dec. 14, 2014.
MEMORIAL EVENTS
Dec
13
Calling hours
6:00p.m. - 8:00p.m.
WALDO FUNERAL HOME - SHERMAN
619 N. TRAVIS ST., Sherman, TX
Dec
14
Service
2:00p.m.
Western Heights Church of Christ
, TX
Funeral services provided by:
WALDO FUNERAL HOME - SHERMAN
MAKE A DONATION
MEMORIES & CONDOLENCES
Sponsored by WALDO FUNERAL HOME - SHERMAN.
24 Entries
Rest Peacefully.
Gail Siegel
Acquaintance
July 28, 2019
Beautiful young lady with a loving heart. Bless you Angel Kimberly
Shon Brown
July 26, 2019
Dios te tiene en el cielo Kim , fuiste una buena hija, y hermana ejemplar, Dios te tenga en su Gloria
Ricardo Tacue
Friend
June 11, 2018
Hi KJ, it's me, Judy, whom you worked with at Novo. Hard to believe it's been 3 years since you passed and you will always be in my thoughts forever.
I am so glad to have worked with you and know how sweet you were, a conscientious worker, but especially how devoted and caring you were to your family and friends.
I'll always remember your love of horses, your engagement, and our times working together.
I've missed you much and know you are in perfect peace in God's loving arms.
You're an angel.
Judy Brumfiekld
February 17, 2018
She didnt deserve to die
Stephen Okolie
Significant_other
December 27, 2017
Today is Dec 10th the day it all happened it's hard to believe that it happened to you and your father and never to celebrate Christmas with your family, I know you and your father wouldn't want the same happen to any of us I know your watching all of us ,I'm hoping your in a safe and happy place, your an angle to everyone even me also I wish you a Merry Christmas to you and your family
James
December 10, 2017
It's the 10th of Dec the day it all happened it's hard to believe it all happened to you and your father but I know you both wouldn't want the same happen to any of us, I hope you and your father are in a safe and happy place and merry Christmas to you and your family, your an angel kj to everyone even me
James
December 10, 2017
It's the 10th of Dec the day it all happened it's still hard to belive it happened to you and your father but I know you wouldn't want anything bad happen to any of us like that but I hope your in a safe and happy place, rest now angle your now at peace and merry Christmas
December 10, 2017
Hey I just wanted to say happy birthday Kimberly and my prayers still go out to you abd your family
James
September 29, 2017
I watched the show on ID you were taken off this earth too soon you were young and full of life, I'm sorry what you went through I can't imagine what your family is going through, I'm hoping you and your father are at peace, your an angle
James
July 22, 2017
I am so sorry sweet girl that you got your angel wings far too soon! I just saw your story & I will keep you in my heart. I thought of you when I saw this poem..
"I give you this one thought to keep -
I am with you still - I do not sleep.
I am a thousand winds that blow,
I am the diamond glints on snow,
I am the sunlight on ripened grain,
I am the gentle autumn rain.
When you awaken in the morning's hush,
I am the sweet uplifting rush,
of quiet birds in circled flight.
I am the soft stars that shine at night.
Do not think of me as gone -
I am with you still in each new dawn."
Jamie Lynne
Friend
June 4, 2017
Just saw your story showcased on ID. Rest easy, Sweet Princess.
Scott -
May 25, 2017
My sincere, heartfelt condolences to the family of Kimberly. I am watching her story now. XX
Elaine Linda
May 4, 2017
289 days and I'm still asking myself why. Happy birthday, KJ. We miss you.
LeeAnn
September 29, 2015
I'm missing you friend. iLoveYou
Lynzee
January 26, 2015
Merry Christmas Sweet Angel! We miss you so very much! Love you always??
Lynzee Martinez
December 25, 2014
Dianna and family...I am so sorry. I cannot imagine the pain of losing a child but I know the pain of losing a brother and a niece. Know that you are in soooo many people's prayers. God will sustain all of us and carry us through. He is such a good and living, loving God! Tears will fall, but HE will sustain us. We are blessed to have Kimberly in our family. She and her daddy are now rejoicing with God and the angels and playing in Heaven. God bless you all!
Kathy, Kimberly's aunt and Russ's sister
December 24, 2014
My heart goes out to all who loved and cared about this beautiful, spirited person. Please take comfort that she is in the Light of the Glory of God.
debbie moreno
December 14, 2014
I didnt know Kimberly but she was a beautiful young girl that had her whole life ahead of her. My prayers are with your family and I know God will be with you at this terrible time. Please know that I will be praying for your family..
Mary Hamilton
December 14, 2014
To a great leader, employee, and friend. You touch so many people in such a short journey. If you could only do the snail hand shake once more, to see that smile once more. Fly high.
Chris Cracker Barrel manager
December 14, 2014
This isn't a goodbye, it's more like a see you later! I love you sweet angel!
Lynzee Martinez
December 13, 2014 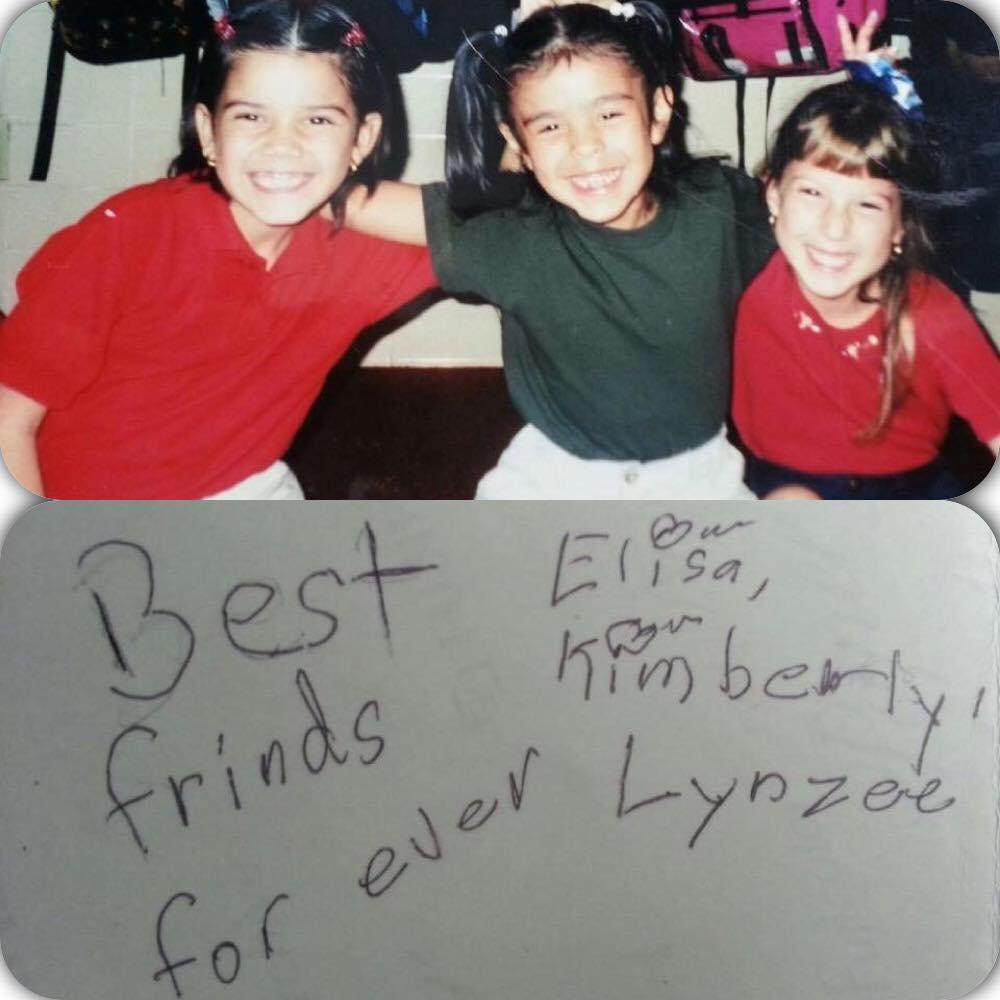 Lynzee Martinez
December 13, 2014
Sweet sweet angel taken too soon! Forever in my heart you will be! I will never forget the first time we met 16yrs ago and the memories we made together! You were my first real best friend! You were the sweetest girl that grown into a smart and loving young woman. God sure does have his ways when it comes to things like this! I'd do anything to see or talk to you just one more time!! I will never forget our friendship we had! I love you sooo veryuch Kimmie!
Best friends forever! Until we meet again!
Lynzee Martinez
December 13, 2014
My deepest sympathy to K.J.'s family. My prayers are with all of you.
R Smith
December 13, 2014
Showing 1 - 24 of 24 results