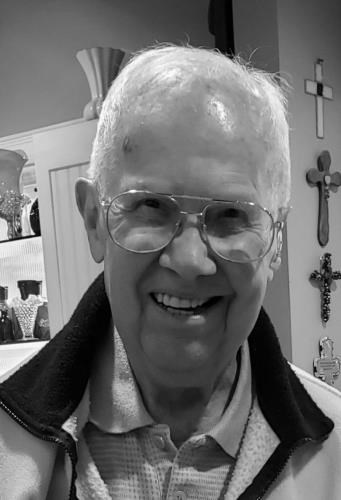 A beloved father and grandfather, Amos Chapman passed away peacefully at home surrounded by his family. Born in Eureka, Washington to Amos and Lucille Chapman, he was raised on a farm in eastern Washington. At 16 years of age the family moved to Seattle where he graduated from Franklin High School. At the age of 17 Amos enlisted in the Navy where he served on the destroyer USS Killen during World War II. After an honorable discharge he met and married Margaret Lundeberg. They had 3 daughters. He had a long career in the US Postal Service from which he retired. Amos was an active member of the Masons, Sons of Norway, American Legion, VFW, Elks, NARF, Edmonds Senior Center and most dear to his heart, Trinity Lutheran Church in Lynnwood. He was preceded in death by his parents, sister and his beloved wife Margaret. Amos is survived by his daughters, Sue (Rick), Becky (Jim), and Pam. Those who will also miss him are 7 grandchildren and 9 great grandchildren, and many, many friends and relatives too numerous to mention. Because of current circumstances Amos's celebration of life will be postponed until sometime next year. If you feel the need to honor him consider donating to any of the organizations listed above.

July 18, 1925 - July 29, 2020
Published by The Herald (Everett) from Aug. 9 to Aug. 10, 2020.
To plant trees in memory, please visit the Sympathy Store.
MEMORIAL EVENTS
To offer your sympathy during this difficult time, you can now have memorial trees planted in a National Forest in memory of your loved one.
MAKE A DONATION
MEMORIES & CONDOLENCES
1 Entry
I knew Amos for a very short time but what struck me most and a lot of people will agree. Amos was one of the most gentle men I have ever met.
David Ruud
Friend
August 11, 2020
Showing 1 - 1 of 1 results