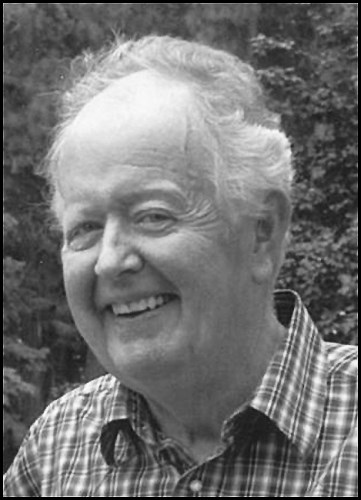 BORN
1945
DIED
2016
Bruce Leon Babcock, 71, passed away at his home surrounded by his family on October 22, 2016, after a courageous 18 month battle with brain cancer. Bruce was born on March 21, 1945, in Dillon, Montana to Bernard and Della Babcock. Bruce spent his early years in Plains, Montana. When he was ten, his family moved to Snohomish, Washington, where his father started a mink ranch. Bruce worked with his dad and brother on the ranch throughout his high school years, and during his spare time, he experimented with taxidermy. In 1965 Bruce joined the Air Force where he held the position of an air traffic controller. Bruce and Trisha Berry of Imbler, Oregon, were married on November 1, 1969. Bruce decided to pursue his passion to learn the art of taxidermy and accepted an apprenticeship in Bellingham, Washington. Bruce wanted to return to Montana so in 1972 the family moved to Kalispell, Montana, where he started his taxidermy business. He and his wife spent the next 44 years working together operating the business and raising their three children. Bruce saw taxidermy as a way to preserve the beautiful wildlife that God has given to us. As an avid outdoorsman, Bruce cherished his adventures with family and friends. He loved hunting, fishing, camping and anything that took him to the mountains. He was known for his puns, silly antics and practical jokes. Nobody was considered safe from them. Bruce was a very loving husband, father and grandfather. He cherished his wife and was forever proud of his children and grandchildren. Bruce was preceded in death by his father and mother, Bernard and Della Babcock. He is survived by his loving wife, Trisha and their three children, siblings and spouses: Myra Ikeda (Eldon), Rhonda Michaels (Dewey), Bernie Babcock (Angel) and brother, Howard Babcock (Dede), sister, Lynn Jacobsmeyer (Wayne); seven grandchildren and many nieces and nephews. Family requests that any donations be made to Editha House, 336 East Willetta St., Phoenix, AZ 85504, or Barrow Neurological Institute, 350W. Thomas Rd., Phoenix, AZ 85013.

To plant trees in memory, please visit our Sympathy Store.
Published by The Herald (Everett) on Nov. 9, 2016.
MEMORIAL EVENTS
No memorial events are currently scheduled.
To offer your sympathy during this difficult time, you can now have memorial trees planted in a National Forest in memory of your loved one.
MEMORIES & CONDOLENCES
5 Entries
Bruce was a wonderful neighbor and friend. I am grateful his suffering is over. My sincere sympathy for all of you that loved him so mech.
Kristy Willis
November 10, 2016
I'm SO sorry for your loss. Bruce fought the good fight. My prayers go up to the Father for each of you.
JoAnn Heichel
November 10, 2016
I graduated from High School with Bruce and remember him well. My condolences to his family and friends.
Mary (Dixon) Clemmer
November 9, 2016
Dear Howard, Dede and family, so sorry for your loss, may precious memories lift and console you.
Sonny & Sonny Derifield
November 9, 2016
Lynn and family members. So sorry to hear of Bruce's passing. My condolences to the family and you. Jim
Jim Toivonen
November 9, 2016
Showing 1 - 5 of 5 results