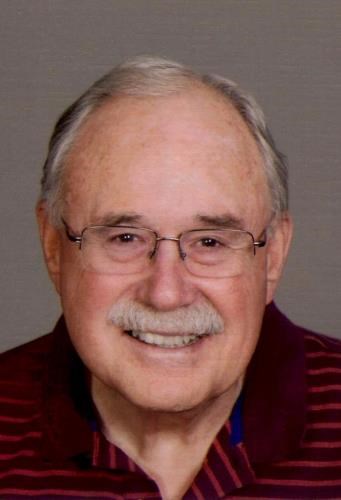 Clay Nye was born in Seattle, Washington, in 1942 to Clayton Sr. and Lisle Nye and passed away Christmas Eve, 2020 at 78 years old. He was raised along with his three sisters in Rainier Valley and graduated from Franklin High School in 1960.

In 1965, he and his first wife, Lynnette, moved to Mountlake Terrace, Washington where they raised their family and he began his career in the Mountlake Terrace Fire Department. After 16 years and many accolades, he retired from the fire department, later teaching the Vocational Education Firefighting Program for the Edmonds School District.

In 1987, Clay married Jerie Weldon-Fenton. As retirees, they loved spending time with family, travelling by RV throughout the US, as well as visiting Mexico and the Caribbean, making new friends everywhere they went. They had homes in both Marysville and Yuma, Arizona. After Jerie passed away in 2011, Clay settled in Yuma where he enjoyed golf, cycling, and country dancing.

He moved back to the Northwest in 2019 to be closer to family. He was preceded in death by his parents; and sister, Valerie. He is survived by his sisters, Faith and Lisle; children, Cindy (Bill), Stephanie (Dominique), and Tim (Michelle); stepchildren, Shelley (Darren) and Randal; grandchildren, Bill (Katriina), Mitchell (Anna), Caitlin, Dominic, Johary, Taylor, Madison, Kennedy, Kaylee, Megan, and Allison; and great grandchildren, Billy and Tony.

In lieu of flowers, please consider donating to the Alzheimer's Association (alz.org).

October 26, 1942 - December 24, 2020
Published by The Herald (Everett) from Jan. 3 to Jan. 4, 2021.
To plant trees in memory, please visit the Sympathy Store.
MEMORIAL EVENTS
To offer your sympathy during this difficult time, you can now have memorial trees planted in a National Forest in memory of your loved one.
MAKE A DONATION
Please consider a donation as requested by the family.
MEMORIES & CONDOLENCES
1 Entry
To Clay's family, My sincere condolences to Clay's family and friends. He was a well seasoned and helpful Fire Officer when I worked with him at Mountlake Terrace Fire and his service to the community was deeply appreciated. His school programs, were extremely impactful on numerous young men and women looking toward opportunities in the Fire Service. I heard many candidates over the years who were extremely thankful for Clay's mentorship and guidance. RIP
Steve Sherman
Coworker
January 5, 2021
Showing 1 - 1 of 1 results