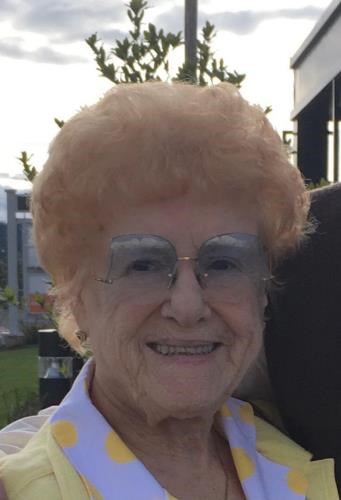 Super wife, mother, grandmother, great grandmother, aunt and sister passed away on January 26, 2021 after a year long battle with dementia. She was born in Seattle to Marvin and Ellen Patridge.

Colleen was a 1952 graduate of Franklin High School and shortly after graduation worked for the telephone company as an operator. After only a few months there she joined the U.S. Navy on October 14, 1952. Her basic training was in Baltimore MD and then to naval aviation school in Jacksonville FL.,Followed by meteorology school in Lakehurst, NJ. She was then sent to the Naval Air station in Coronado, CA where she met her future husband Dick Huselton. After about a year later while working in the same office they began to date..They were married on October 22,1955 and have two children Richard Huselton (Su ) and Ellen Chapman (Gerry).

She was discharged from the Navy on December 8, 1955 and entered Western Washington College in March and graduated in 1960 with a BA in ED. Colleen taught for 10 years and then decided to work for Boeing as a planner until she retired in 1992. She loved to read and enjoyed live theater and opera. Colleen really enjoyed her trip to Adelaide, Australia with her sister Carol to visit their older brother and his family.  She also enjoyed playing cards and social gatherings. After retirement her and Dick spent 12 years motor homing over most of the west plus some in Canada as well as in Mexico.

The family would like to thank the doctors and nurses at Skagit Regional Clinic, The nurses and care givers at Ashley Garden, Hospice of the Northwest and the Social Club at Park Village

A memorial service will be held at a later date for her internment into the Tahoma National cemetery.

January 7, 1934 - January 26, 2021
Published by The Herald (Everett) from Feb. 7 to Feb. 8, 2021.
To plant trees in memory, please visit the Sympathy Store.
MEMORIAL EVENTS
To offer your sympathy during this difficult time, you can now have memorial trees planted in a National Forest in memory of your loved one.
MAKE A DONATION
MEMORIES & CONDOLENCES
8 Entries
Best Grandma in the world. You loved all of us equally. She taught us so much. And I think about you every single day
Kelsey Huselton
Grandchild
May 9, 2021
Dear Dick, Our family was sorry to hear of your loss. We will always appreciate our memories of Marysville. Bill is also interred at Tahoma National Cemetery.
-Bill Lovelands family
Myrna Loveland
Friend
February 11, 2021
My dear friend Ellen, I just want to give my deepest condolences to you and your family. I pray for healing of your hearts, I too lost my mom in 2020 and know all to well the emptiness. but time does heal. I am glad that I did get to meet her and the wonderful hospitality that she showed me when I got to spend the night. Love you and your family so much.
Rose Iukes
Friend
February 8, 2021
A lovely woman to have in your presence, always smiling and laughed easily. She had so many interests that I had the pleasure of listening about.
Maureen mitchell
Friend
February 8, 2021
Dick, I was saddened to see your beautiful Colleen's passing and I pray for peace and wisdom for you and your family in this most difficult time. It is so good that we have memories of happy times. I like the saying, "Times, people, emotions change, not so memories, they stay as perfect as we lay them away." Marie Nelson
Marie Nelson
Friend
February 8, 2021
We have so many fun memories of Aunt Colleen, lot's of time spent together when we kids, all of us cousins. We were blessed to have her with us. Love you all!
Delrene Buckley
Family
February 7, 2021
Colleen was one of the last true ladies of her generation. She was so friendly and welcoming and always had a smile on her face. Rest In Peace, Colleen.......
Judy
February 7, 2021
I’m so sorry about Colleen’s passing. She was a wonderful woman! I am thinking of Dick and his family during this difficult time! He reached out to me when I lost my husband and I will always be grateful for that! I loved working with Dick and getting to know his family. Colleen is now at peace in heaven! ❤
Darlene Jack
Friend
February 7, 2021
Showing 1 - 8 of 8 results