Daryl Bruce Gemmer, the second child of Lorus and Edward Gemmer, was born in Machias, Washington, on July 1, 1922. He died January 21, 2006, in Everett, surrounded by his family.
Daryl attended the old Machias four-room Grade School and Snohomish High. He did his senior year at Everett High School. He then falsified his age and joined the Everett National Guard.
The Guard was mobilized in July of 1940, and became Everett's own 161st Infantry. His tours of duty included the battle in the Solomon Islands. Later he received a combat infantryman's medal in Februray of 1943, for heroism.
He returned stateside the summer of 1943, going directly to the Modesto, California Veteran's Hospital, as he was so ill with malaria. He spent many months in the hospital recuperating. He continuted his recuperation at home after that, sick with malaria for several years. Between bouts with malaria, he worked various jobs including logging, home, and road construction, and also worked on the Hanford project. He met and married Elsie Herz, in March of 1945. They bought a small farm in Lakewood (near Smokey Point), Washington, in 1951, where they raised their family.
In the late 1950's Daryl started working at Scott Paper Company, Everett, as a millwright, retiring in 1982, after 27 years.
Daryl enjoyed reading, investments, following the stock market, going for hikes in the mountains, international affairs, and especially making new friends. No one was a stranger to him, and he had friends of all ages. He also had a fascination for trains and old-time locomotives.
A crusty fellow, Daryl was well known for his quick wit, vast knowledge of almost any subject, and his unique perspective and eccentric way of looking at all things relating to life. He was ahead of his time accurately predicting numerous political events before they occured. Most people who knew him found him to be the most interesting person they ever met, and each person has their own Daryl Gemmer story.
Daryl and his former wife, Elsie Noack, of Ellensburg, were married for 28 years. He is survived by her as well as daughter, Lynnea Flarry, and husband, John, of Ferndale; son, Bradley Gemmer, of Edmonton, Alberta; son, Erwin Gemmer, and wife, Jodi, of Silverdale; son, Myron Gemmer, of Lakewood; daughter, Marlys Halvorson, and husband, Greg, of Mt Vernon; daughter, Melody Lopeman, and her husband, Todd, of Ellensburg; sister-in-law, Nadine Gemmer, of Las Vegas; brother, Quenton Gemmer, and wife, Judy, of Lakewood; and sisters, June Ponis, and husband, John, of Soap Lake, Mildred Williams, and husband, Willie, of Spokane, and Dorothy Schroeder, of Quincy. Daryl had 22 grandkids; nine great-grandkids; numerous nieces and nephews; and hundreds, if not thousands, of friends.
In his later years, Daryl married again. With his wife, Ethel, he enjoyed traveling and getting out of the rain by spending winters in Arizona and S. California.
Funeral services will be held at 11 a.m., Friday, January 27, at Smokey Point Community Church, 17721 Smokey Point Boulevard, Arlington, with viewing from 9:30-10:45 a.m.
Published by The Herald (Everett) from Jan. 25 to Jan. 26, 2006.
To plant trees in memory, please visit the Sympathy Store.
MEMORIAL EVENTS
To offer your sympathy during this difficult time, you can now have memorial trees planted in a National Forest in memory of your loved one.
MAKE A DONATION
MEMORIES & CONDOLENCES
10 Entries
He will be missed
George E. Wallace
January 26, 2006
We did not know Daryl well, but living in the Lakewood Area, knew his children. We know that they will surely miss there father very much, and our thoughts and prayers are with the family.
Jerry and Kim Lewis
January 26, 2006
Daryl, Was a wonderful brother-in-law to me. I remember when Edson died he drove me everywhere and never left my side, He was there helping me with so many things. even writing Edson's Eugloy when I couldn't. I don't think I could have handled it without all his help, and I made sure he always knew this. I will miss him so much.
TA TA Daryl. Love, Nadine
L. NADINE GEMMER
January 26, 2006
Our sympathy to the family. Living for 40 years in Lakewood, we knew the family more than Daryl. I'm sure he will be missed.
Dyan and Dotty Cooper
January 26, 2006
There is no one like Unlce Daryl. He could always make me blush (wether he was trying to or not). I work, shop, and run errands in Smokey Point, and it seems that everywhere I went, I was always asked "any relation to Daryl?". Then I would get to hear a funny story of either something he said or did (he was unforgettable to everyone!). Uncle Daryl, we will truly miss you!!! Love, Paula
Paula Gemmer
January 26, 2006 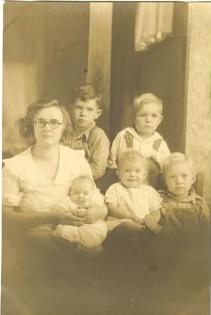 January 25, 2006
Uncle Daryl, always had a good story to tell, I remember when my Dad(Edson)died even though he was in pain from losing his brother he made sure that he told me many stories that I had never heard before about Dad, Oh boy did we laugh and we cried a bit too. It was a special time and I appreciated that from Uncle Daryl. For all his eccentric ways he was a kind hearted person when he choose to be. We will miss him more than words can say. Love ya Uncle. Armando & Debbie Sanchez
Debbie Sanchez
January 25, 2006
Uncle Daryl, No more near misses on the road! Who would have thought I'd be so PO'd at a crazy driver only to turn and see it was you. I'll miss you lots. Love, Holly.
Holly Gemmer
January 25, 2006
I always will remember Uncle Daryl. His laughter and quit wit will live in my memory forever. I will miss him. ~~ Patty
Patty Knapp
January 25, 2006
Showing 1 - 10 of 10 results