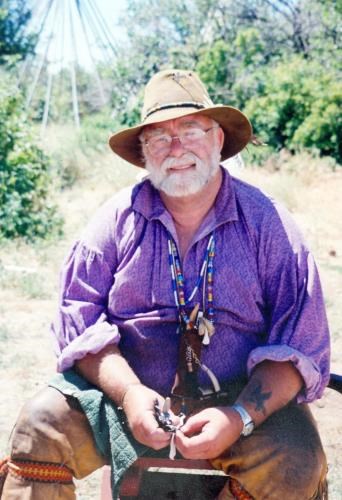 BORN
1947
DIED
2021
FUNERAL HOME
Kern Funeral Home
1122 South 3rd Street
Mount Vernon, WA
Dell Warren Ellison passed away in Mount Vernon on Monday, August 23, 2021 at the age of 74. He was born in Corbin, Kentucky January 31, 1947 to Warren and Dorothea Ellison. Dell graduated from Bothell High School in 1965. He then enlisted in the United States Navy in October of 1965, proudly serving his beloved country until December of 1967.
Dell married the love of his life, Linda Ellison, October 18, 1969. He was a long-time cement truck driver for Cadman Inc. in Redmond, Washington. He drove for them for 35 years. Dell was known to be a great lover of the outdoors. He was an avid member of the Interlake Mountain Men Program in Redmond, Washington. He also loved finding ways to connect outdoors with his daughters. Both Dell and his daughters were active in the Indian Princess program via the YMCA.
Dell was loving, kind, and made a great impression on everyone he met. He was a constant gentleman and loved to tell dad-jokes; anything to make his family laugh.
Dell is survived by his wife, Linda Ellison, and his children; Cindy and Casey Postelwait, Laura and John Ward, as well as his grandchildren; Christopher and Kayla Lockhart, Markus Ward, Caitlyn and Austen Postelwait, and great-grandchildren; Lily and Jaxx Lockhart.
He was preceded in death by his parents, his brother Darrell Ellison, and his daughter Jody Ellison.
You may share your memories of Dell at www.kernfuneralhome.com Arrangements are under the care of Kern Funeral Home.
January 31, 1947 - August 23, 2021
Published by The Herald (Everett) from Sep. 17 to Sep. 18, 2021.
To plant trees in memory, please visit the Sympathy Store.
MEMORIAL EVENTS
To offer your sympathy during this difficult time, you can now have memorial trees planted in a National Forest in memory of your loved one.
Funeral services provided by:
Kern Funeral Home
MAKE A DONATION
MEMORIES & CONDOLENCES
1 Entry
Oh Linda and family, I am so sorry to hear about Dell. Such a dear man. I so wish I had reached out to get together. Bill and I always enjoyed you and Dell. My love and prayers. Stop by anytime.
Bill and Bev Schmer
September 17, 2021
Showing 1 - 1 of 1 results