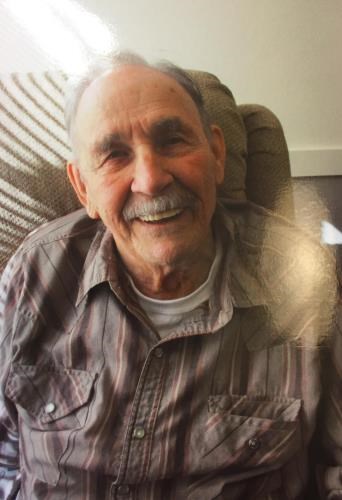 DuWayne Lee Swenson of Everett, WA passed away peacefully on October 10, 2021 just shy of his 86th birthday. DuWayne was born on a farm in Garrison, ND on October 23, 1935 to Anton and Nellie Swenson.

After high school he entered the United States Army and rose to the rank of E-4 serving in both Korea and Vietnam. He also spent time in France and Germany between conflicts.

Following his honorable discharge from the US Army he returned to Garrison where he served as a Police Officer for the Garrison Police Department.

He married JoAnn Sprenger the love of his life in 1968 and adopted her son Allen. In the fall of 1969 they moved to Everett, WA where they made their home. DuWayne made his career in the lumber industry working for Weyerhaeuser and Summit Timber Company. He also worked briefly at the Tonapah Air Force base in Tonapah, NV as a civilian contractor.

DuWayne loved spending time with family thoroughly enjoying his return trips to Garrison, ND. He especially loved being a grandfather and cherished his time with Craig, Keith and Kayla. He was overjoyed being a great grandfather and loved seeing and hearing about his great granddaughters Aiyla and Magnolia and was thrilled to hear there was another Swenson on the way.

October 23, 1935 - October 10, 2021
Published by The Herald (Everett) from Oct. 24 to Oct. 25, 2021.
To plant trees in memory, please visit the Sympathy Store.
MEMORIAL EVENTS
Oct
30
Memorial service
11:00a.m.
Evergreen Cemetery
4504 Broadway, Everett, WA
Funeral services provided by:
Evergreen Funeral Home and Cemetery
MAKE A DONATION
MEMORIES & CONDOLENCES
1 Entry
Al and Mary, You are in my thoughts and I'm so sorry for your loss and send my deepest condolences to you and the kids. Sincerely, Gigi
Gigi Burke
October 26, 2021
Showing 1 - 1 of 1 results