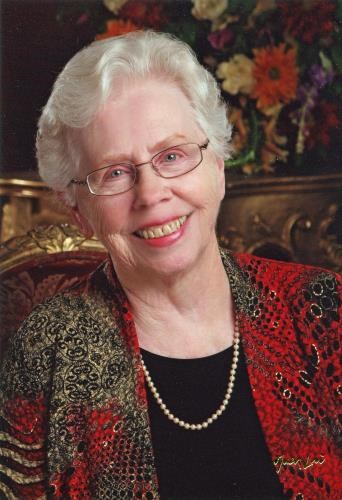 She was born Sept. 13, 1923, in Helena, Montana, the fourth child of Willard and Elizabeth (Barker) Brown. The family moved to the city of Snohomish in 1926. Eleanor graduated from Snohomish High School in 1941, and the University of Washington nursing program in 1945.

After graduating from the U of W, she moved to New York City, where she met Allan May (a Chicago boy and a future reporter for the Everett Herald). They were married in 1946 in Everett. They had four daughters: Elizabeth May (William Walters), Martha May (Alex Dejneka), Meredith Webster (Dick), and Melinda May (Neil Lane), and son-in-law Bob Hasegawa.

Eleanor was preceded in death by her husband, Allan; her parents; her two brothers, Robert and Joseph Brown; and her sister, Betty Brown Dwyer.

A Funeral Mass will be held at St. Mary Magdalen Catholic Church in Everett for her immediate family only.

Remembrances may be made to Catholic Community Services, the Everett Gospel Mission or to a charity of your choice.

She was much loved, and will be sorely missed. Share memories at www.beckstributecenter.com.

September 13, 1923 - October 16, 2021
Published by The Herald (Everett) from Oct. 24 to Oct. 25, 2021.
To plant trees in memory, please visit the Sympathy Store.
MEMORIAL EVENTS
To offer your sympathy during this difficult time, you can now have memorial trees planted in a National Forest in memory of your loved one.
Funeral services provided by:
Beck's Tribute Center
MAKE A DONATION
Please consider a donation as requested by the family.
MEMORIES & CONDOLENCES
0 Entries
Be the first to post a memory or condolences.