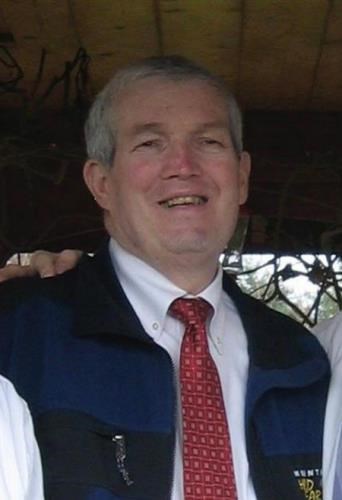 Frank Reuben Marchant, 78, formerly of Stanwood, passed away peacefully on September 5 in Clearfield, UT. Born June 28, 1943 in Oregon City, OR, to Reuben Glen Marchant and Frances Olson, he was the second of eight children.

A 1961 graduate of Milwaukie High School in Oregon, he studied political science at Brigham Young University in Provo, UT. He took two years off to serve as a missionary in the Great Lakes Misson for the church of Jesus Christ of Latter-day Saints. He returned to his studies at BYU, where he met and married Julia (Julie) Thelin on March 31, 1972.

Their early married life was spent in Oregon, where five of their six children were born. In 1980, they moved to Spokane, where Frank attended law school at Gonzaga University. After his graduation, they settled in Marysville and moved to Stanwood 10 years later. Frank worked as an attorney for the Office of Support Enforcement and State of Washington for 29 years, retiring in the Mill Creek/Everett area.

Besides his family, Frank's greatest love was basketball and sports, in general. In his younger years, he played on church basketball and softball teams where he competed in regional tournaments and developed lifelong friendships. Later in life, he attended and cheered on all of his children at their sporting events. An avid sports fan, he enjoyed watching college football and basketball games; most notably, those played by BYU, the University of Washington and Duke. He also enjoyed following the Mariners, Seahawks and various NBA teams. He was an active member of the Church of Jesus Christ of Latter-day Saints, serving in many capacities throughout his life, including a senior mission with Julie at a Mukilteo food storage facility.

He was preceded in death by his wife, Julie; a stillborn son, Alexander and his daughter, Jennifer; his father, Reuben; his mother, Frances; his sister, Leah; his brother, Ross, and his oldest brother, Glen.

He is survived by his children, Eric Marchant (Kelli) of Lake Stevens; Michelle Goodwin (David) of Snohomish; Kali Barrio (Gabe) of Othello; David Marchant (Rachel) of Syracuse, Utah; Brent Marchant (Azzlinn) of Marysville; 19 grandchildren; one great-granddaughter; as well as his four remaining siblings, and many other extended family and close friends.

A memorial service will be held at 2pm Friday, October 15th at the Marysville Cemetery, 8801 State Ave, Marysville, WA; masks are requested for all in attendance. In lieu of flowers, donations can be made to Brigham Young University (https://philanthropies.churchofjesuschrist.org/byu).

June 28, 1943 - September 5, 2021
Published by The Herald (Everett) from Sep. 26 to Sep. 27, 2021.
To plant trees in memory, please visit the Sympathy Store.
MEMORIAL EVENTS
Oct
15
Memorial service
2:00p.m.
Marysville Cemetery
8801 State Ave, Marysville, WA
MAKE A DONATION
MEMORIES & CONDOLENCES
3 Entries
Frank and Julie were always there for John DeSoto and I. He will be missed! Happy to be reunited with his loved ones! May the Lord hold him in the hollow of his hands!
Phyllis D DeSoto
Friend
September 29, 2021
My deepest sympathy in the loss of Frank. I did not know him very well but I worked with Julie at DSHS in the early '90s.
Kathy Olander
September 27, 2021
My prayers and condolences to The Marchant family. I worked with Frank for many years at Support Enforcement. He was a great Attorney and always had a kind word to say each day. Frank was reading the newspaper every morning as I came into work and always would share something he found interesting or funny. I looked forward to that start of our day. My thoughts and prayers are with you.
Lauri Prudnick
Work
September 27, 2021
Showing 1 - 3 of 3 results