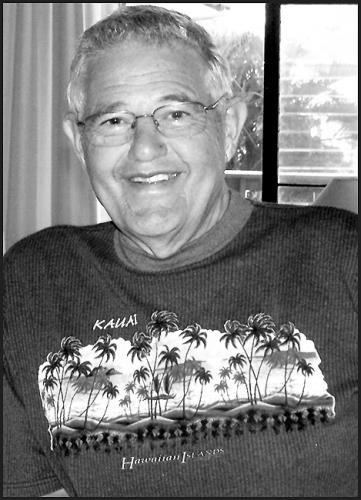 BORN
1936
DIED
2017
FUNERAL HOME
Evergreen Funeral Home and Cemetery
4504 Broadway
Everett, WA
Dr. Gary Duskin, DVM of Stanwood, WA, passed away unexpectedly on Wednesday, August 2, 2017, at the age of 80. Gary was born to Gordon and Helen Duskin on October 29, 1936, in Arlington, WA. He graduated from Arlington High School in 1955 with his sweetheart and future wife, Marie. They were married, and celebrated their 59th wedding anniversary on the date of his passing. Gary graduated from Washington State University as a Doctor of Veterinary Medicine in 1961 and was a co-founder of Pilchuck Veterinary Hospital. He enjoyed being a board member, officer and President of several veterinary organizations, both locally and internationally. Part of his lifetime passion for horses included breeding, raising and racing thoroughbreds and he enjoyed a long association with Longacres and Emerald Downs. His love of horses and the outdoors poured over into his personal life; Gary was often found trail riding, fishing and hunting. He was active in his church community and valued faith and family above all else. Gary and Marie raised their four children at Top O' the Ridge Thoroughbred Farm in Lake Stevens, WA, which they ultimately sold to become Cavelero Mid High School. Gary was preceded in death by his brother, Dennis. He is survived by his wife, Marie: brothers, Dale (Carol) Duskin and David (Kay) Duskin, sister, Margie (Dennis) Donnelly; children, Scott (Deanna) Duskin, Todd (Becky) Duskin, Lisa (Jesse) Hanson, Chris (Becca) Duskin, Robert (Virginia) Dutcher, and eleven grandchildren. Visitation will be held on Thursday, August 10, 2017, from 4-7 p.m. at Evergreen Funeral Home, Everett. The Memorial Service will be held at 1 p.m. on Friday, August 11, at Bethlehem Lutheran Church, Marysville. Donations may be made to the Gary and Marie Duskin Endowed Scholarship at WSU College of Veterinary Medicine.

Published by The Herald (Everett) from Aug. 8 to Aug. 9, 2017.
To plant trees in memory, please visit the Sympathy Store.
MEMORIAL EVENTS
Aug
10
Visitation
4:00p.m. - 7:00p.m.
Evergreen Funeral Home and Cemetery
4504 Broadway, Everett, WA
Aug
11
Memorial service
1:00p.m.
Bethlehem Lutheran Church
51ST AVE NE, Marysville, WA
Funeral services provided by:
Evergreen Funeral Home and Cemetery
MAKE A DONATION
MEMORIES & CONDOLENCES
12 Entries
Marie and family....So sorry to hear of Gary's passing. It seems like yesterday his
laugh was rattling thru the old clinic at 6:00 AM! Our thoughts and prayers go out
to you all. Christine Hougan and Family
Christine Hougan
August 28, 2017
Marie and Family, I'm so sorry io hear of Gary's passing. My thoughts, prayers and best wishes go out to you.
Ken MacRae, D.V.M.
August 11, 2017
Kris and I are so very sorry to hear of Gary's passing. Our thoughts and prayers are will the entire Duskin clan during this difficult time.
Tim & Kris Brown
August 11, 2017
Kathleen and I extend our sincere condolences to Marie and the extended Duskin family. As a member of the WSU College of Veterinary Medicine Class of 1960 I recall meeting Gary as an incoming first year student in the fall of 1957. Most of all, I remember a warm hand of friendship and a huge smile that remained through the decades. Our professional career took very different paths and, thus, our interactions were infrequent. That made it a special treat to follow his success in Veterinary Medical practice and his leadership in Veterinary Medical organizations and his and Marie's contributions back to WSU. Most of all it was a treat to receive an update on his and Marie's family -- family really counted to Gary. In the days ahead, we can all set aside the cloak of grief and recall our many pleasant interactions with Gary on the path of life. Our lives have all been enriched by having shared some time on that path with Gary. He gave generously of his time and talents and always had a spirit of optimism as to what was over the next ridge or around the next bend in the river or road.
Roger McClellan
August 10, 2017
So sorry to hear Scott.
Randy Lyons
August 9, 2017
Some of my fondest childhood memories are of Gary and my dad. All the days and hours spent together laughing, story telling, fishing, holidays and tending to all of God's creatures great and small. And a man who could think outside of the box! A man with a gigantic heart and a smile to match. Marie, my prayers are with you but I know that you and Dr. Duskin are in the hands of God and your beautiful family that the two of you created.
Charleen DeStephano - Court
August 9, 2017
My sincere condolences to the family. Dr. Duskin was an important part of the Washington veterinary community. He will be missed by many.
Candace Joy
August 8, 2017
Bud Peterson To Marie and family. You have many years of happy memories to reflect on as time passes. may God be with you in your time of sorrow.
August 8, 2017
Heartfelt sympathy to the Duskin family
Mel & Merri Borseth
Friend
August 7, 2017
Packard family sends our condolences and prayers to you all... I will miss him so much..I'm thankful for our yrs of friendship and his awesome cinnamon rolls.. And all the help he shared with me with raising a litter of puppies last yr and his great care with my animals.. He came in the middle of the night when my horse had her baby even though he was retired.. To ease my mind.. True friend Happy Trails my friend Love to you all RIP Cordie
Cordelia Packard
August 7, 2017
One of Washington truly great Veterinarians Heartfelt condolences to his family. R.I.P.
Stan Coe
Friend
August 5, 2017
Diane and I send our condolences and best wishes to the Duskin family. Gary will be missed by his WSU Class of '61.