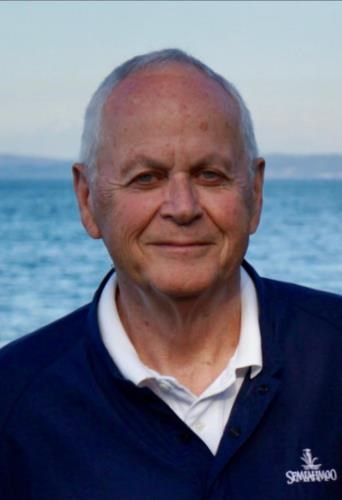 Gary Milton Miller passed away peacefully at the age of 80 on September 13, 2021. Born to William and Eva Jeanne Miller on January 25, 1941, Gary rose to the rank of Eagle Scout while also lettering in baseball and football at Shoreline High School. During his time at Shoreline, he also met the love of his life, Joanne, who would be his constant companion until his death. Following graduation in 1959, Gary attended the University of Washington on a baseball scholarship and was drafted as a minor league player with the Washington Senators.

Gary and Joanne were married in 1960. Cheri was born in 1961, and Kristina followed in 1968. For the next several decades, Gary worked diligently in the floorcovering industry, eventually becoming a successful and respected member of the business community. Outside of work, he enjoyed taking his family on camping and ski trips.

In later life, Gary loved nothing more than being a proud papa to his grandchildren and, more recently, his great-grandchildren. Countless hours were spent teaching them to golf or taking them on vacations both near and far. A family favorite was Sunriver, Oregon, where many memories were made while biking, golfing, and swimming.

January 25, 1941 - September 13, 2021
Published by The Herald (Everett) from Sep. 26 to Sep. 27, 2021.
To plant trees in memory, please visit the Sympathy Store.
MEMORIAL EVENTS
To offer your sympathy during this difficult time, you can now have memorial trees planted in a National Forest in memory of your loved one.
MAKE A DONATION
MEMORIES & CONDOLENCES
1 Entry
Just read Gary' Obituary on line. The Miller's and the Joneses had many enjoyable times together and suffered through some tough times as well. Our sympathy goes out to Joanne and family. Rick and Bobbi Jones hard tin
Rick Jones
September 26, 2021
Showing 1 - 1 of 1 results