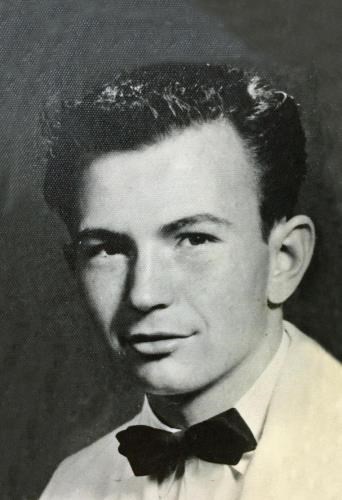 His love for and knowledge of cars, led to a lifetime career in the automotive industry. From a young age, and to the end of his life, he could be found either under the hood or behind the wheel of his current project. That is the lasting image that will remain for family and friends who knew him. Hughes Courtland Ball, known to everyone as Corky, passed away peacefully at home, on October 3, 2020, with his wife Helen of 47 years, by his side. He was 80 years old. It was a quiet exit from life for a man who will be remembered for his outgoing personality, boisterous laughter and bear hugs.
Corky was born to Les and Zolene Ball on May 31, 1940 in Seattle, WA. He was raised in Seattle and graduated from Franklin High School. It was at Franklin that he met Sandra Turgeon. They were married on March 11, 1960 and had three children together. In 1972 he met and married Helen Evans and they settled down and made their life in Lynnwood, WA.
Corky first worked at Boeing, and then went to Standard Oil Co. as a mechanic. In the late 60's he owned and operated a Texaco gas station and garage in the university district. In 1972 he went to work for Midas Muffler where he managed many different locations in Seattle and Snohomish County, as their district manager. His independent streak could not be held back though, and in 1986 he opened a Big-O Tires franchise in Edmonds, WA. He owned and operated it until his retirement in 2003. He was well known and respected by his colleagues throughout the area as a trusted and honest businessman.
Outside of work Corky was an avid golfer and accomplished pool player. Even at the ripe, old age of 78, he was actively playing in an amateur pool league. He was also a longtime member of the Lynnwood Elks Lodge #2171.
If you were to ask him what was most important in his life, his reply would be family. He was most proud of his children, grandchildren and their many accomplishments and will be deeply missed by all of them. Corky is survived by his wife, Helen; his son Michael (Gina) Ball, daughter Kimberly Ball, and daughter Loren (Bob) West; grandchildren Courtney (Jordan) Balza, Nathan Ball, Connor Sutton, Alexandra Sutton, Grace Sutton, Thomas Ball, Elizabeth West, Emily West; and two great-grandchildren, Rowan Balza and Angelo Sutton. Also surviving him are his brother-in-law, Robert "Al" Stoutenberg, a niece and two nephews. He was preceded in death by his parents and his only sister, Leslie (Ball) Stoutenberg.
For many years, Corky battled against diabetes and various complications related to it. In the end, his strong will and determination could not overcome his physical ailments. His loss will be felt for a long time to come. In lieu of flowers, contributions in his memory may be made to the American Diabetes Association or the charity of your choice. No services will be held at the request of the family.

May 31, 1940 - October 3, 2020
Published by The Herald (Everett) from Oct. 25 to Oct. 26, 2020.
To plant trees in memory, please visit the Sympathy Store.
MEMORIAL EVENTS
To offer your sympathy during this difficult time, you can now have memorial trees planted in a National Forest in memory of your loved one.
Funeral services provided by:
Beck's Tribute Center
MAKE A DONATION
Please consider a donation as requested by the family.
MEMORIES & CONDOLENCES
1 Entry
I remember Corky and Helen when we all were younger. He loved life and lived it well sharing it with others. He will be missed. My best to the family.
Alice Rundle
October 25, 2020
Showing 1 - 1 of 1 results