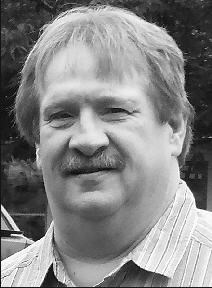 James Lavern "Vern" Foster, Jr., 52, of Lake Stevens went peacefully to be with his Lord on July 5, 2013 after a brief fight with cancer. He was surrounded by family and friends at home and had a smile on his face.
Vern was born in Everett on September 12, 1960 to Jim (James Sr.) and Betty Foster. He grew up, and later raised his own family, in Lake Stevens, WA. Music and singing were his passions, for which he traveled and won multiple awards.
After graduating from Lake Stevens HS in 1978, Vern studied music theory at Northwest Bible College and later served as youth pastor and choir director Lake Stevens Assembly of God, where he was a lifelong member. Vern served the Lake Stevens Police Department 1982-1990 as a Reserve Sergeant. On August 5, 1983 he married the love of his life, Donna.
Vern and Donna have owned and operated Foster Press in Lake Stevens since 1987. Their daughter Maria is now carrying on the legacy as Office Manager and third-generation Printer, with the help of the rest of the family. Vern volunteered deeply in Lake Stevens community, including Rotary (Past President, Rotarian of the Year), Lions Board Member, Chamber of Commerce Past Board Member, Aquafest Grand Marshall, Sno. Co. Fire District #8 (Lake Stevens Fire) Commissioner, and proud sponsor of Aquafest, and the NASCAR Mini Stock division at Evergreen Speedway.
Vern was most defined by his faith, honesty, wisdom, generosity and sense of humor. He lived by the Bible. He constantly went out of his way to serve friends and customers and didn't seem to know how to say "no". He always had a funny story to tell or a harmless prank up his sleeve, he loved to make people smile. He will be fondly remembered wearing a plaid shirt and a grin on his face.
Vern was preceded in death by his grandparents, Lee "Buck"and Auda Foster and Amel and Phyllis Kroeze.
He is survived by his wife, Donna; children, Maria, Brianne (Jonathan) Young, Benjamin "BJ" and Danielle "Dani"; parents, Jim and Betty Foster; brother, Rick (Anna) Foster; nieces, Jennifer, Melissa and Julie; nephews, Ashtin and Aaron; his first unborn grandson, Samuel James; as well as many extended family members.
A memorial service will be held Saturday, July 13, 2013, 1 p.m. at Lake Stevens Assembly of God, 9805 31st Place NE, Lake Stevens, WA 98258. Evergreen Speedway will also host a memorial lap at 6 p.m.
The Foster family would like to extend a special thanks to the Lake Stevens Fire Department for helping to fulfill Vern's wish to come home from the hospital to be with his family, and to everyone else who has been so generous and supportive.
In lieu of flowers, donations for medical and funeral expenses may be made to the Foster family at Opus Bank, Lake Stevens.

Published by The Herald (Everett) from Jul. 11 to Jul. 12, 2013.
To plant trees in memory, please visit the Sympathy Store.
MEMORIAL EVENTS
To offer your sympathy during this difficult time, you can now have memorial trees planted in a National Forest in memory of your loved one.
MAKE A DONATION
MEMORIES & CONDOLENCES
20 Entries
Search Light Moms wants to tell you how sorry we are for the passing of your James. If there is anything that we can do for you please let us know. We as mothers understand the day to day pain as we search for answers.
Love and Blessings,
Search Light Moms
www.slmoms.com 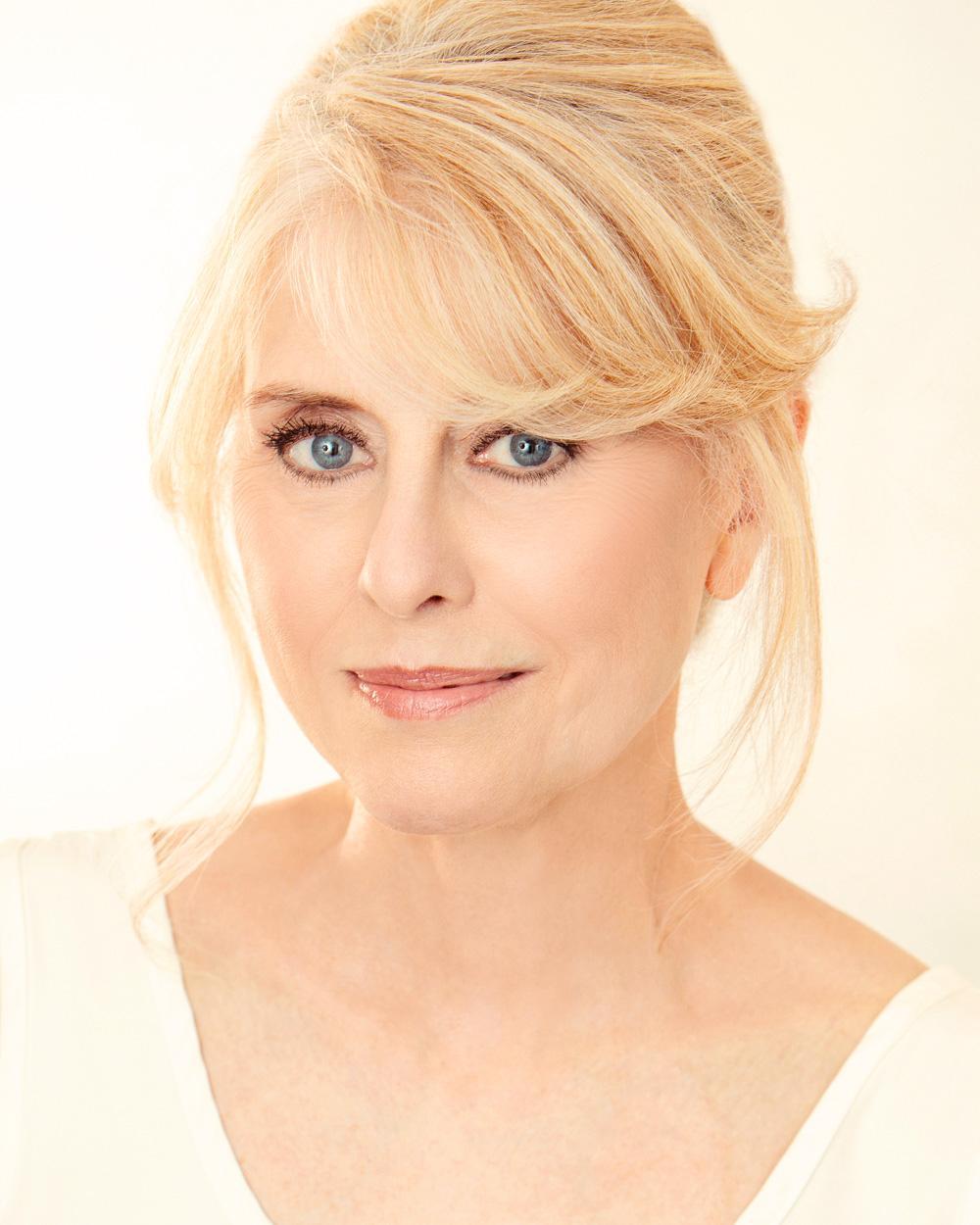 I am so shocked and saddened to find out Vern has gone to heaven at his young age. He was such a kind, good man I guess God wanted him to be in heaven with him right away. He was so helpful and patient and willing to help me and answer questions, even after I moved to California. I know his family will miss him terribly. God bless all of you.
Britt Lind
July 17, 2013
Profoundly sad in the loss of a great man and community icon. The smile, wit, and demeanor will never be forgotten.
Matt Harlowe
July 17, 2013
daniel nelson
July 16, 2013
Thank you James for being my classmate. I will miss the moments of conversation we had of the past 30 plus years, it just seems like a few days ago that I talk too you at the restaurant when you got back from Olympia. You will always be miss for all the thing you have done, your home now. your friend Andrew Thomas
July 13, 2013
I was so glad I got to know Vern. He was a wonderful man. He will be missed as a friend, business man and most of all a family man. I wish I could tell him again thanks for everything he's done for me and the push trucks all these years. The community will also miss him for all the wonderful things he has done and volunteer for. I enjoyed the times we had coffee together and talked about things. Our thoughts are with Donna, Marie, and family. Thanks Vern for everything and we will keep the memories close to our hearts.
Rudy & Vickie Hollingsworth
July 12, 2013
I knew Vern only briefly, a mere two and half years. He helped me get started in the Print business by offering advice and sometimes a job that we could do for him. I never felt Vern was a competitor. He was my friend and mentor. I will miss him more than I can imagine. God bless you Donna and all the family whom I know are missing him tremendously.
Andre DeWald
July 12, 2013
Our heartfelt sympathy to Vern's family & to the Lake Stevens community at losing a wonderfully godly man who made a difference in the lives around him.
Pastor Steve & Judith Swanson
July 12, 2013
The Friends of the Lake Stevens Library have lost a good friend. Thank you Vern for your generosity and good will. You will be missed.
Friends of the Lake Stevens Library Lynn Myers
July 12, 2013
My prayers and thoughts are with you and your family at this time.
Dennis Weaver
July 12, 2013
I was an exchange student in 1980. The Danners were my host family and it was through them I met Vern. He was a very special person who after all these years is still remembered. I was very sad to hear the news. My condolences to the family.
Cleide Baraldi
July 11, 2013
I was in the youth group at Lake Stevens Assembly of God when Vern was the youth pastor. We had plenty of adventures as a group. He was silly and liked to have fun, but above all else, he wanted to honor the Lord. He was a good example to us and impacted youth for Christ. He will be missed.
Patti Flores
July 11, 2013
So sorry for your loss, but glad he had such a full wonderful life and family.
Molly Carknard
July 11, 2013
Our hearts are sad with the passing of Vern, even though we know he is disease-free and in the presence of His Lord. We have many memories of Vern, Donna and their family, along with his parents Jim & Betty Foster. We know he has left a great legacy for his dear family, friends, Lake Stevens Assembly of God Church and the Lake Stevens community. His impact on all who knew and loved Vern will continue to be felt, and may we all learn from his example of genuine love, care and concern for others ... and to always have a smile, twinkle in our eye and a song in our heart! Our love and prayers are continuing for the entire Foster family. ~ Pastor Dave & Glenice Pearson
Dave & Glenice Pearson
July 11, 2013
I would also like to wish my best wish and my prayfull support. It was such joy to be involved with Vern when he was our Choir Leader when he started the Student Life Singers. He was always a loving caring person to be around. You will be missed.
Steve Burling
July 11, 2013
Vern was one of my favorite Facebook friends. Even though our views were not the same, he was always respectful and fun in his posts. I will miss him. Positive thoughts to his family and friends.
Ruth Fletcher
July 11, 2013
We were sad to hear of Vern's illness and passing, and wish to send our love and prayers to Donna,Jim and Betty and the family. Dad fondly remembers his days working with Vern at Lake Stevens Assembly. May the Lord be with you, Keith and Connie Olsen, and Pastor Nels Lien
July 11, 2013
I am sad to hear of Vern's passing. He was a big part of our Nieces and Nephews life's. Vern did so much in a too short of lifetime, he truly was a Man of God. My sincere condolences to his Family.
Robin Pettit
July 11, 2013
So sad...it was an honor to know Vern. We have lost a great great man. Prayers and hugs to Donna, Maria and family.
Bonnie Silcox
July 11, 2013
My deepest sympathies to the Foster family. I graduated with Vern at LSHS, he was a great guy. My prayers are with you during this time.
Kathy (Wilson) Sozzi
July 11, 2013
Showing 1 - 20 of 20 results