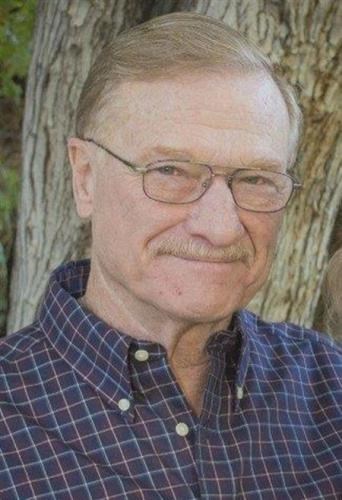 Wenatchee, WA - John Steven Hammond, known throughout his life as "Steve", passed away on April 17th, 2021 in Wenatchee, WA after complications from COVID-19. Steve was born on August 24th, 1947 in Bellingham, WA, to parents Michael Glenn Hammond and Ruth "Blossom" (Blake) Hammond.

A few months after Steve was born, the growing Hammond family moved to Everett, WA where they lived on Rucker Avenue. As a Catholic family, Immaculate Conception was the center of their lives, and the boys were sent to the seminary to become priests; however, that was not to be.

Throughout his youth, Steve's family had gone every year to Lake Chelan for vacations during the summer and Steve's love for Eastern Washington remained strong.

Steve was highly athletic and for a time was a quarterback on the Everett High School football team, as well as on the track team. He was very popular and had many friends from Everett High, the Seminary, and the area in general. Steve loved his cars and was also known as a "Colby Cruiser".

After graduation from Everett High School in 1965, when Steve was 18, he joined the Air Force and spent two years in Vietnam.

When Steve returned home from Vietnam in 1969, he soon started dating a girl who lived just two homes down from his. That girl, Gail Deffries, would become Steve's lifelong partner, and beloved wife.

On June 17th, 1974, Steve was commissioned as a Police Officer for the City of Everett. This was one of his proudest moments.

Steve and Gail lived for several years in the Eastmont area of Everett and in 1976, they were blessed with the birth of their son, Eric.

Steve was a perfectionist and built a beautiful home in Machias, WA. Five years after Eric, Renée came into this world while they were living in Machias.

Steve then retired from the Everett Police Force in 1983.

In 1993, Steve was able to make a lifelong dream come true by moving with his family to Eastern Washington, as he and Gail built an incredible home on the Columbia River at Crescent Bar.

After the home at Crescent Bar was completed, Steve started working for the Forest Service in Wenatchee, WA helping wildland firefighters in the area of logistics, and spent several years supporting the firefighters throughout the Pacific Northwest until he fully retired in 2004.

With their son Eric married and living in Western Washington, and daughter Renée living in the Wenatchee area, Steve and Gail moved to Wenatchee, WA in 2008. Steve lived there until his passing, and Gail still resides there.

In addition to his parents, Steve was predeceased by his brother Michael Hammond. He is survived by his wife of 46 years, Gail Hammond; son Eric and his wife Eri; daughter Renee; and Grandchildren Caden, Miyora, and Bostyn. He is also survived by his sisters Mari, Sharon and brother Tom, as well as several brother and sister in-laws, nieces and nephews.

If planning to attend, please send an RSVP to Eric Hammond.

For those who cannot attend in person, but who would like to be part of the memorial, you can join the Zoom meeting by registering as a member on this site, after which you will have access to the Memorial page with the Zoom meeting links and information.

If you cannot attend, but would like to express your condolences to the family, we would love to have your stories added on the Stories page, or simply send a message to [email protected]

Published by The Herald (Everett) from May 27 to May 28, 2021.
To plant trees in memory, please visit the Sympathy Store.
MEMORIAL EVENTS
Jul
18
Memorial service
1:00p.m. - 3:00p.m.
Forest Park (Floral Hall)
Everett, WA
Jul
18
Memorial service
1:00p.m. - 3:00p.m.
you can join the Zoom meeting by registering as a member on this site
after which you will have access to the Memorial page with the Zoom meeting links and information, WA
MAKE A DONATION
MEMORIES & CONDOLENCES
3 Entries
Hi Gayle, So sorry and sad to read about Steve. He was a wonderful husband and father and I'm sure grandfather! Can't believe it's been so long since we connected. I remember our "long" phone conversations and Steve in the background I'm sure grinning and rolling his eyes! LOL, we may be out of town in July, we just sold our house and moving out , but will try to zoom if possible for the memorial. You and your family are in our thoughts and prayers, Take care, Love & hugs, Kim Fortin
Kimberlee Fortin
Coworker
June 3, 2021
Rest in peace, Steve. You've earned it.
John Hart
Friend
May 30, 2021
He was my life long hero.... I miss my brother with all my heart.
Mari Edgekoski-Hammond
Brother
May 29, 2021
Showing 1 - 3 of 3 results