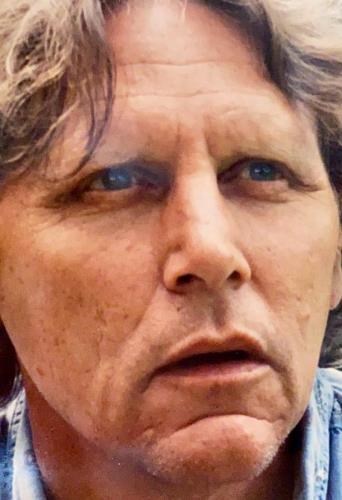 John passed away with his family by his side on August 27, 2021. Born July 27, 1944 to Lester Glen and Alice Jeanette Lingel at Everett General Hospital. John was a graduate of Marysville High school where he played football and then went on to earn an associates degree at Everett Community College. John was a character to all who knew him, and a man who lived life on his own terms. He was an avid music fan and Rock & Roll enthusiast. This passion led him to travel to San Francisco to pursue music promotion and sales with London Records. He had the gift of gab and was the life of the party and was soon asked to promote bands including his first big break where he was given the choice of representing the Beatles or the Rolling Stones. John chose the Rolling Stones and in 1969 received the Stones to promote their "Let it Bleed" album with the hit 'Gimme Shelter' on their American tour. John married Elizabeth Brandt while working in San Francisco and together they had three children Signa (Mark Atherton), Jason (Sherrill), and Joshua (Sara). John had six grandchildren he adored including Davis Atherton, Katherine Atherton, Elijah Lingel, Abigail Lingel, Isabella Lingel and Anna Priscilla Lingel. He moved the family back to Seattle to work for RCA Records where he represented many artists including his favorites Dolly Parton, Hall & Oates, and David Bowie. John was known to have an ear for music. Perhaps the most notable song that hit the charts was one John put on the air in 1968 called, "Oh Happy Day!" by the Edwin Hawkins Singers. Later in life he married Carolyn Roepcke, who died of cancer. John was a man of great humor, he was present and available to family and friends with a warm and loving nature. He also had a great love of food. The family has a tradition of gathering at Thanksgiving for the traditional feast and then heading to San Francisco's Chinatown for dim sum the day after Thanksgiving. It wasn't just the food, it was the gift of being together. Dad will be missed but we are proud of how much he knew he was loved by all of us. He was preceded in death by his parents and his sister, Silvia Ramirez. At the end of his life, John gave his life to Jesus.

John Lingel John William Lingel
Published by The Herald (Everett) from Sep. 15 to Sep. 16, 2021.
To plant trees in memory, please visit the Sympathy Store.
MEMORIAL EVENTS
To offer your sympathy during this difficult time, you can now have memorial trees planted in a National Forest in memory of your loved one.
MAKE A DONATION
MEMORIES & CONDOLENCES
5 Entries
Maybe in late July or early August, I get a call from John and right away he say "Hey man, I don´t have time left, I am dying." First thing I asked him was are you leaving me your gold record for "Oh Happy Day!" I have know John since I hired him to replace me at Transcontinental where he worked with Rolling Stones among others. I "hand picked" John because he had the same passion about music that I did in the greatest era of music that one could imagine. John, I have reach out to you repeatedly, but I started to sense you had passed. I want to say to I was deeply touched by your phone call. It meant a lot to me. We will always be brothers, attached at the hip. R.I.P. .
Jeffry Robert Trager
Friend
September 28, 2021
Rest in peace. Always ready for a good laugh and a beautiful smile. Margie
Margie Strand
Friend
September 18, 2021
Thank you for sharing his story, especially the beautiful ending. I am so glad he experienced the "Happy Day" of the song he promoted, a song that has blessed untold numbers of people, including me. :-) God bless you and all his family.
Shary, class of '63
September 18, 2021
My condolences. John is remembered for his smile and laugh. We sang together at Marysville High School, and I treasure those memories. Peace be with you.
Kermit Chamberlin
School
September 17, 2021
Believe it or not John and I dated a cpl times. He was such a gentleman. Sympathy to his family .
Verna (Jacobsen)Molstad
September 17, 2021
Showing 1 - 5 of 5 results