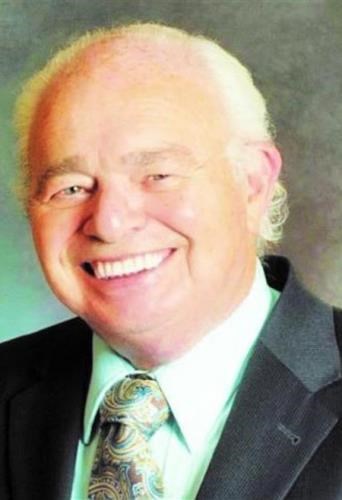 Larry was born to John and Vivian Walkden, in Philadelphia, PA. He graduated from Clearview Regional High School, Mullica Hill, N.J. in 1965 and served in the U.S. Air Force, in Vietnam and Thailand.

Larry met Cheryl Eileen Lord at a square dance at March AFB., Riverside, CA, and they were married on March 2, 1968. They moved to Federal Way, WA in 1976 and he worked for Metro Transit in Seattle. Larry was reinstated at the U.S. Postal Service, where he had worked in California, and retired in 2002 with 20 yrs.

A Celebration of Life will be held in the spring in Western Washington. Memorials may be made to Wounded Warriors and Tunnels2Towers.

November 27, 1947 - September 6, 2021
Published by The Herald (Everett) from Sep. 19 to Sep. 20, 2021.
To plant trees in memory, please visit the Sympathy Store.
MEMORIAL EVENTS
To offer your sympathy during this difficult time, you can now have memorial trees planted in a National Forest in memory of your loved one.
MAKE A DONATION
Please consider a donation as requested by the family.
MEMORIES & CONDOLENCES
3 Entries
I want to express my deepest sympathies to you and your sons. I will miss Larry, I enjoyed serving with him on WAA board and visiting with him when you moved to Idaho. Please let me know if you need anything.
Bob McKinley
Work
September 22, 2021
Bill & I want to express our deepest sympathies to Cheryl and her sons. Larry's wonderful smile and gregariousness will be sorely missed. We enjoyed his wonderful tee shirts that he wore with great sayings about the accounting and tax professions. He was a consummate professional who also deeply cared about people. May he rest in peace.
Bill & Sandy Silzer
Friend
September 20, 2021
I´m so sorry for your loss. I worked with Larry on the NSA Leadership Development Committee. He was always willing to step up and do whatever was asked of him. He always had a smile on his face and enjoyed life!! He will be missed.
Sue Robertson
Friend
September 19, 2021
Showing 1 - 3 of 3 results