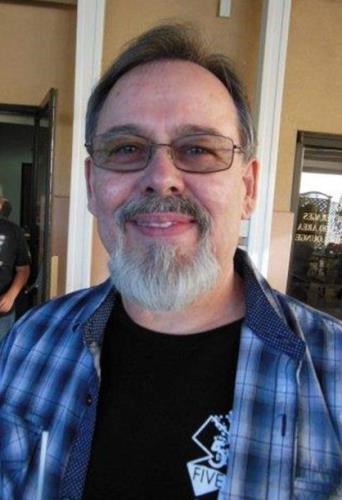 Lawrence Edward Wells "BC" Passed away on October 15th with his wife by his side. BC was born November 14th, 1951, in Middletown Ohio to Lawrence Elvin Wells and Janet May Wells (Davis). BC graduated from Germantown Ohio High School in 1970. Shortly after graduating, BC joined the Navy and retired after a full career in 1997. He enjoyed his Navy career! He was blessed to travel the world which in turn gave him many stories to share. He acquired his A&P License during his Navy career. After retiring from the Navy, BC went to pursue his career in aerospace at Goodrich ATS, he retired in 2014 at the age of 62 to pursue his passions in life and enjoy his family. BC is survived by his wife Debie Wells, sons Christopher Wells (Hope and Wesley) Timothy Burkholder (Mikki), Grandchildren Cierra Burkholder and Gavin Burkholder, Sisters Terry Ball (Tom), Susan Davis (Cody)and many nieces, nephews, and extended family. BC lived his life with passion. He Loved Hunting, Fishing, Bow shooting, Truck Building, and working with his hands. What he adored and loved was his family whom he amassed many memories with his family and friend. We traveled, camped, hung out and built traditions in every facet of our life. BC lit up a room with his smile, laughter, and storytelling! He did not know a stranger. His zest for life was infectious. He was one of a kind and loved by many. His memorial service will be held on the 29th of October at Evergreen Funeral Home in Everett. In Lieu of flowers there will be a memorial fund set up at Wells Fargo Bank (BC Wells Memorial Fund) or you can donate through Venmo @Lawrence- Wells- 14. If you desire.