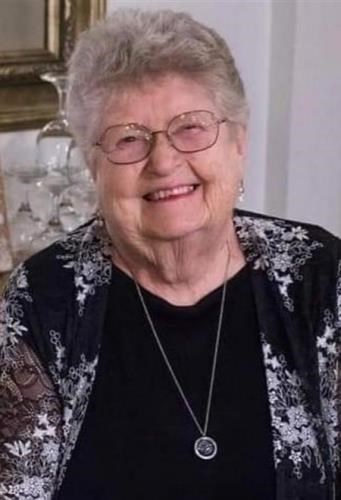 Lois Jean Rogers Alton, 86, passed away from congestive heart failure on January 3, 2021, at Providence Medical Center, Everett Washington, with family by her side.

Lois was born September 28, 1934, in Moscow, Idaho, the oldest daughter of six children born to Lester and Kathryn Orr Rogers. Her early years were spent on the family farm near Moscow and she graduated with high honors from Moscow High School in 1952. In addition to helping with the care of her five younger siblings, she was active in 4-H, Campfire Girls, and Job's Daughters. During high school, she participated in an honors vocal group and was the national vice-president of Future Homemakers of America in her senior year.

Lois married her high school sweetheart, David LaVerne Hewitt on September 26, 1953. They became committed to Reverend James Crowe's plans for founding the Idaho Youth Ranch, working on the construction of the Ranch in Rupert, Idaho, and becoming house parents for the first boys at the Ranch. Lois and David also welcomed their own two sons, Lester and Mark. On April 1, 1958, David died suddenly while working on the Ranch.

Lois and her two young sons returned to Moscow, Idaho, where she attended the University of Idaho. There she met and married Craig R. Alton. After Craig's graduation from the University of Idaho with a degree in business in 1962, the family lived in several parts of the Pacific Northwest where he worked at various business management positions before the family settled in the Everett, Washington area in 1965. They added a son, Robert, and a daughter, Jennifer to their family.

Lois's first love was her family, and there was no sacrifice too great to make for their well-being. She spent many hours encouraging their interests and attending the children's numerous sporting events and activities. She led 4-H clubs and Boy Scout dens and tutored them after school. She became a loving resource and guiding light for her grandchildren, ardently supporting their educational goals.

In 1974 she was hired as a customer service representative in the Everett office of General Telephone NW, a job she held until she retired. In 1984, Lois was recognized as the Woman of the Year by the Everett Mountain View Chapter of the American Business Women's Association.

Among her many other interests was a passion for sewing. She was an expert seamstress from her earliest years, winning national awards in the Make It With Wool contest, in 4-H, even creating her own wedding gown, complete with appliqué and seed pearls. Her strong interest in quilting came later, and she excelled at that craft as well. She was an ardent, curious reader, with interests in many areas of history. She remained active in the community, transcribing books into braille for the Everett Library, and was a 60-year member of The Order of Eastern Star. Lois was a member of St. Mary Magdalen Parish in Everett.

Lois was preceded in death by her parents, her first husband David Hewitt, and her younger brother, Kenneth Rogers.

She is survived by her husband of 62 years, Craig Alton of Everett, WA, and by her sons, Lester D Alton of Hansville WA, Mark A Hewitt (Marne) of Richland WA, Robert D Alton of Arlington, WA, and daughter Jennifer J Orseth of Granite Falls, WA.

A graveside Internment of Ashes Memorial Service will be held on Saturday, September 25, 2021, at 11:00, am, at the Moscow Cemetery, 1650 Troy Road, Moscow Idaho. A luncheon will immediately follow at the Best Western University Inn, 1516 Pullman Road, in Moscow. The family has respectfully requested facial masks and social distancing be observed.

Online condolence memories may be shared with the family by following the link at https://www.funeralsandcremationswa.com/obituary/lois-alton/

In lieu of flowers, the family kindly requests that you please consider individual donations to the charity of your choice or the Kidney Foundation.

September 28, 1934 - January 3, 2021
Published by The Herald (Everett) from Sep. 19 to Sep. 20, 2021.
To plant trees in memory, please visit the Sympathy Store.
MEMORIAL EVENTS
Sep
25
Memorial Gathering
Best Western University Inn
1516 Pullman Road, Moscow, WA
Sep
25
Graveside service
11:00a.m.
Moscow Cemetery
1650 Troy Road, Moscow, WA
MAKE A DONATION
Please consider a donation as requested by the family.
MEMORIES & CONDOLENCES
2 Entries
May He support us all the day long, till the shadows lengthen and the evening comes and the busy world is hushed and the fever of life over, and our work is done. Then, in His mercy may He give us a safe lodging and a holy rest and peace at the last. John Henry Newman, 1801-1890
Ches Packer
Friend
September 21, 2021
Lois was such a great friend and neighbor in the Fir Grove area of Everett, Wa Grief can be so hard, but our special memories help us cope. Remembering you and your loved one today and always.
Doris McElroy
Friend
September 19, 2021
Showing 1 - 2 of 2 results