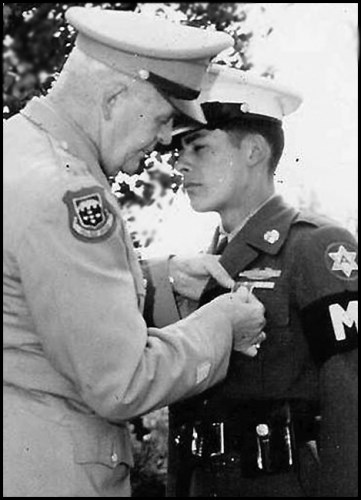 BORN
1932
DIED
2016
Louis Martinez, age 83, lost his battle with pancreatic cancer on Monday evening April 18, 2016, at his home with his loving family by his side in Lynnwood, Washington. Louie was born in Lorain, Ohio 1932. After graduating he joined the US Army. He served in the Korean war and received a bronze star for heroism. During his deployment in Seattle, Wash. he met his wife, Claudette. They celebrated their 60th wedding anniversary July 2015. He made his home in Seattle where he worked as a tooling machinist and finished his working career at Boeing. Louie was a long time resident of Lynnwood and a popular member of his community. He served with distinction with the Lynnwood Police VIPS Department for 17 years. Louie took delight in driving the bus for the Lynnwood Senior Center where he enjoyed many day trips and hikes which kept him in great shape. He often offered his time to help other seniors and volunteering within the community. Louie was a devoted husband, brother, father, grandfather and great grandfather. He enjoyed spending summers with his children and grandchildren at their summer home in Orondo, Washington. Soccer was a big part of his life and he spent many years playing, refereeing, and coaching. Louie is survived by his loving spouse, Claudette Martinez; children, Denise Webb-Setzer, Belinda Martinez and Anita Buxton; his ten grandchildren, Nycole, Derek, Jon, Bernadette, Meagan, Monique, Chantel, Josh, Marlina, and Michael and 14 great grandchildren. He was predeceased by his son Rick Martinez. The memorial service will be held on May 14, 2016, at 2:00 p.m. at Maple Park Church, 17620 60th Ave W Lynnwood, WA 98037. Memorial donations, in lieu of flowers, may be made to Maple Park Church Missionary Fund.

Published by The Herald (Everett) on May 7, 2016.
To plant trees in memory, please visit our Sympathy Store.
MEMORIAL EVENTS
May
14
Memorial service
2:00p.m.
Maple Park Church
17620 60th Ave W, Lynnwood, WA
MAKE A DONATION
MEMORIES & CONDOLENCES
3 Entries
Sorry to hear about louie, god bless you Claude and family, sure a great person
Judy smith
judith smith
May 11, 2016
Louie will be missed by all who knew him. Prayers for Claudette and those left behind
Marilyn
May 11, 2016
I have many fond memories of Louie at the Senior center. He was always asking me where his breakfast was.
He will be missed by many, many people. My condolences to Claudette and the family.
Marian Holmes
May 7, 2016
Showing 1 - 3 of 3 results