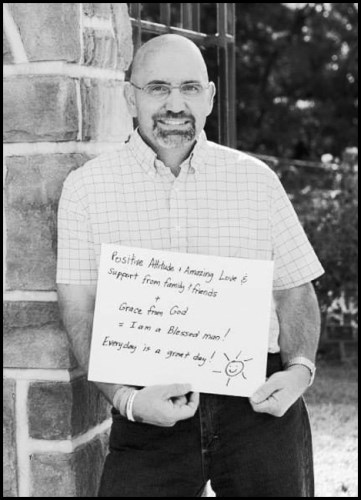 BORN
1963
DIED
2019
Martin (Marty) B. Weed, age 55, passed away December 13, 2018 at home on Camano Island, WA, after a long, courageous battle with brain cancer. He was born August 28, 1963 to William (Bill) and Claire Weed of Snohomish, WA, and was the youngest of eight children. Marty graduated Snohomish High School in 1981. After graduation, he attended Edmonds Community Coll-ege and soon joined the Washington State DOT as a summer intern. Over the next 33 years, Marty would go on to hold several positions within WSDOT ranging from project inspector to State Work Zone Engineer. He was recognized with the American Traffic Safety Services Association's (ATSSA) National Safety Award in 2015 and was recently named a Work Zone Safety Hero by ATSSA. Marty was diagnosed with brain cancer in 2009 but remained positive, his smile giving strength to everyone he came across. His faith in God would later lead him to adopt the phrase, "God's got this." He truly lived that everyday, telling everyone how blessed he was, even when faced with the hardest times. Marty is survived by his children and their spouses, Keith Weed and Megan Gillis and Ana and Jon Day; two grandchildren, Madelyn and Camden Day; mother, Claire Weed; brothers and sisters, Jerry and Arlene Weed, Billie and Dave Nilson, Bob and Sharon Weed, Cindy and John Olson, Dan and Alice Weed, Mick and Gayle Weed, and John Weed; the mother of his children, Rachel White and many other family and friends. Marty was preceded in death by his father, William (Bill) Weed. A celebration of life will be held at Rosehill Community Center, 304 Lincoln Ave., Mukilteo, WA on January 6, 2019 at 11 a.m. All will gather to laugh, smile and remember the life of a truly great man.

Published by The Herald (Everett) from Jan. 1 to Jan. 2, 2019.
To plant trees in memory, please visit the Sympathy Store.
MEMORIAL EVENTS
Jan
6
Celebration of Life
11:00a.m.
Rosehill Community Center
304 Lincoln Ave, Mukilteo , WA
MAKE A DONATION
MEMORIES & CONDOLENCES
5 Entries
Marty will be missed but not forgotten. Because of his immense contributions to the work zone safety arena, thousands of people working in and traveling through work zones will make it home safely.
R.I.P. my friend...
K.C. Matthews
January 9, 2019
Good bye Marty! We met in 2012, at the Work Zone Traffic Analysis (in Seattle). Rest in peace!
Daniel Bui
January 6, 2019
Goodbye Marty. I will long cherish your friendship and will miss your smile.
David McKee
January 4, 2019
I always enjoyed working with Marty over the years. We met at ATSSA and both served on the temporary traffic control committee. Marty always had a positive outlook on issues and many good solutions to improve work zone traffic safety. He will be missed by everyone who knew and worked with him.
Jon Jackels
January 3, 2019
Rest in Peace my friend. I will see you in the after life. Keep smiling down on us.Love you!
Rich Holtman
January 3, 2019
Showing 1 - 5 of 5 results