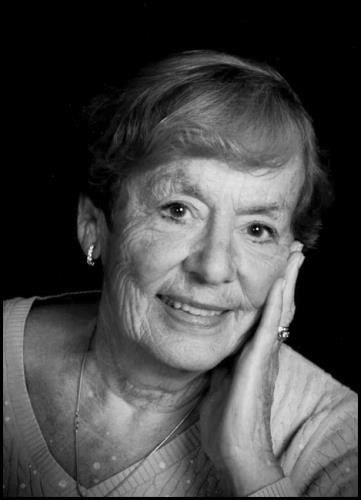 BORN
1937
DIED
2019
ABOUT
Everett High School
Myrna Lee Overstreet Myrna Lee Overstreet, of Everett, WA, passed away on August 19, 2019 at the age of 82. She lived a vibrant and most meaningful life, one full of great memories. Born in Klamath Falls, Oregon on April 4, 1937, to Rello and Viola Pierson, they moved to Everett in 1946. During her freshman year at Washington State College, Myrna met the love of her life, Robert Bruce Overstreet, to whom she would be married for 58 years until his passing. Myrna was active in high school, serving in the Everett High School's Seagals and as Vice President of the Senior Class of 1954. At WSC, Myrna was a member of the Gamma Phi Beta sorority and graduated in 1958. She and Bob married that summer and upon completion of a military assignment, they moved to Snohomish County where they spent the rest of their lives. An educator at various schools early in her career, Myrna eventually ended up teaching sewing for 18 years at Everett Junior College. She was a strong advocate for early childhood development, playing an instrumental role in starting and supporting for many years an educational co-op program in Marysville, along with teaching Early Childhood classes at EJC. Service to the community was always one of Myrna's hallmarks. She served as a member of various boards: Providence, Campfire (LouDenny Award recipient), Everett High's Blue & Gold Club, Children's Museum, Zonta, United Way (President), Deaconess Children's Services (President), Assistance League, Community Health Center, Music4Life, Little Red Schoolhouse, Everett Symphony, and Marysville United Methodist (Worship Chair). Her vision of what the Everett community needed resulted in such signature mainstays as Providence's Festival of Trees, the Evergreen Community Orchestra, and the Imagine Children's Museum. She also was a stalwart in the philanthropic Everett Book Club for over 40 years. It is fair to say that between Myrna and her husband, they worked tirelessly to improve the local community. While civic commitment was important to Myrna, spending time with her family brought her the greatest joy. She was a regular spectator at her grandchildren's activities, took her children and grandchildren on various excursions, and hosted countless family gatherings at the Mission Beach cabin, including the annual 4th of July celebration with the Lane family. Myrna is survived by her children, Jill (Gil) McKinnie, Bruce Overstreet, Amy (Bill) Burton, and Jeff (Tammy) Overstreet; grandchildren, Shane (Stephanie) McKinnie, Jaclyn (Todd) Christianson, Katie McKinnie, Mattson Overstreet, Evan Overstreet, Caroline Overstreet, Maggie (Matt) Merluzzi, Molly Burton, Billy Burton, Jake Burton, and Logan Overstreet; great grandchildren Connor, Maggie, Carson, and Howard. She is also survived by her sister, Janice (Bill) Rucker, numerous nieces and nephews and Jenny Overstreet. A Celebration of Life Service will be held at 3:30 pm on Monday, August 26, 2019 at Imagine Children's Museum (1502 Wall Street, Everett, Washington). In lieu of flowers, the family requests that donations be made to Blue and Gold Club of Everett High http://blueandgoldclub.com Camp Fire of Snohomish County http://campfiresnoco.org/, Imagine Children's Museum https://www.imaginecm.or/ or the charity of your choice.

Published by The Herald (Everett) on Aug. 25, 2019.
To plant trees in memory, please visit the Sympathy Store.
MEMORIAL EVENTS
Aug
26
Celebration of Life
3:30p.m.
Imagine Children's Museum
1502 Wall Street, Everett, WA
MAKE A DONATION
Please consider a donation as requested by the family.
MEMORIES & CONDOLENCES
14 Entries
Jill, Bruce, Amy & families
What a joy it was to have been friends with the Overstreet Family in the Shoultes neighborhood. There are so many great memories starting in 1964, Your Mother was so special, so giving, so active - she was my inspiration as I formed my own way as a community servant. You 3 kids were fun to have around & when when my family travels down memory lane the Overstreet Family's name always comes up.
Please that all of your are in my thoughts, heart & prayers.
Kay Smith
September 5, 2019
My thoughts and prayers to the family of Myrna. We met the family when we were all involved with Scouting years ago.
Lynn Mock & family
Lynn Mock
August 30, 2019
To the family: many of us send to you and your family a gracious thank you for the years of service, kindness and devotion both of your parent gave to this community. They will be missed!
Tanis Marsh
August 28, 2019
Memories of young life in our very close and special Shoultes neighborhood come to mind today. Our hearts go out to you all as you cope with the grief you are feeling with the loss of your dear Mom, Grandmother and Great Grandmother. Keeping you close in thought and prayer. May God bless.
Our deepest sympathy
The Dave Edwards Family
Coworker
August 26, 2019
Sweet Myrna, how we will miss your voice and your smile. You have left a legacy with your spirit filled walk. We celebrate your life.
Barb George
August 26, 2019
It was my delight to have worked with Myrna and the Woman's Book Club. We served jointly on the Executive and Endowment Committees. We became good friends and I could always count on her. What I will say about Myrna is that she "always showed up". I will miss her dearly, her smile and laughter and gentle persuasion. This community has lost a true treasure! I will miss you beloved Myrna.
India Civey
August 26, 2019
I was privileged to know Myrna through MUMC women's retreats and mission trips. What a gracious lady who radiated light and love. Little did I know, though, of her many accomplishments until I read her obit in the paper. She was not one to toot her own horn! An amazing woman who touched so many lives. My heart goes out to you, her family, whom she loved so very much!
Sherry Haigh
August 26, 2019
I will always remember Myrna with a bright smile and a helpful attitude during our Jubilate summer retreats. She will be missed by many. What a great lady.
Alice Vroman
August 26, 2019
We reconnected a few years ago and she shared her presence, kindness and prayer quilts from UMC with me during challenging times. I'm grateful to have known her and appreciated her caring and light.
Alecia Cox
August 26, 2019
Jill and Amy, Your parents were so well-known and appreciated in the community. I know their legacy continues through you and all the Overstreet family. I'm truly sorry for the loss of your mother.
Teresa Townsell
August 26, 2019
When I think of Myrna, I see her beautiful smile. She was so kind & vivacious in a humble way. I know she loved & supported the arts. I was fortunate to spend many years at the United Methodist Women's Retreat. She will be missed.
August 26, 2019
It was always a true joy to see Bob and Myrna Overstreet and our Marysville United Methodist Church...they came as a couple frequently and sometimes without each other...Love, Sympathy and Many Unending Prayers to an exemplary lady named Myrna Lee Overstreet. Laurel Lundgren Parratt...West Glacier, MT and Marysville, WA.
August 25, 2019
Myrna was a force of nature. Always positive with a terrific work ethic. Her kindness, generosity, commitment to her family, friends and community will never be forgotten. Her marriage to Bob was one for the ages. Her life made a big difference and will provide benefits to many into the future.

Heartfelt condolences, thoughts and prayers to the family as you mourn her loss and celebrate her meaningful life.
The Lindgrens
August 25, 2019
Till we meet again my beautiful friend... you will be in my heart forever.
Linda Shockey
August 25, 2019
Showing 1 - 14 of 14 results