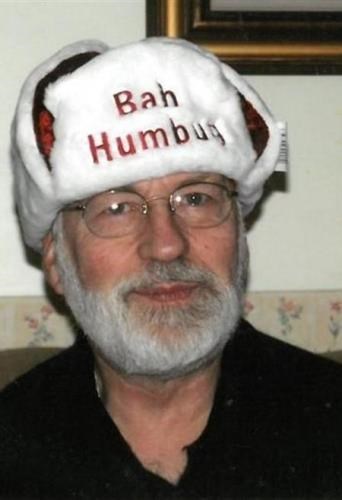 BORN
1937
DIED
2021
FUNERAL HOME
Gilbertson Funeral Home and Cremation Service - Stanwood
27001 88th Ave NW
Stanwood, WA
Noble Michel-Paul McInnis (Mac), our dear friend, husband, father and grandfather passed away on Friday, September 10, 2021 in Marysville, Washington. Noble was born in Seattle, Washington on October 15, 1937, the only child of Leona and Charles Comfort. He was later adopted by William Vye McInnis, and took on his surname. He had many adventures during his life, including working his way to Ketchikan, Alaska on a tug when he was 15, returning home after a year having earned enough to pay his tuition through graduation at St. Martin's school in Lacey, Washington. He then enlisted in the U.S. Army, 1st Cavalry Division and was proud to serve his country in South Korea. In 1964 he joined the Seattle Fire Department where he worked for 19 years. He loved his firefighting career and the opportunity to serve his community. Among his many pursuits, Noble raced sled dogs, drove the Alaska Highway several times (including before it was paved!), grew marvelous vegetable gardens, and built intricate model railroad layouts which were featured in national publications and won several awards. He was a friend of Bill W for 40 years. But above all, Noble was a strong presence in our lives, loving us mightily with his cantankerous, ornery, sweetheart's soul. He gave the all-time best hugs, gave the grandkids rides on top of his foot, cheered at softball games and was a true fan of the Huskies, Seahawks and Mariners. At Christmas he would shout "Bah humbug!" with a big grin and a twinkle in his eye. He was a dog charmer without peer, a hard worker, a sly jokester, a tell-it-like-it-is guy, and no chocolate chip cookie was safe when he was around. Among those who will deeply miss this extraordinary man are his wife Donna Lee, sons Patrick and Michael-Paul (Charity) McInnis; stepchildren Rosemary Fleener and David (Tamey) Phillips; grandchildren Michael, Mona, and Erik Phillips, Sam and Scott Fleener, Laura (Sklyer) Matthews, and Olivia McInnis. He is also loved by his Alaska family: Tammy (Michael) Williams, Larry (Kristina) Walker, Kim Sanders, Kevin (Jori) Walker, Sheri (Billy) White, and Greg (Rochelle) Hope, together with all their children. He also has many friends of Bill W. Family members who have passed on before him include his parents, stepson Richard Phillips, and his sister of the heart, Colleen Van Hatten and her husband Richard. A vigil and Rosary will be held for Noble at 4:00 PM on Thursday September 23, 2021 at Gilbertson's Funeral Home in Stanwood. Funeral Mass will be said at 11:00 AM Friday September 24, 2021 at St. Cecilia Catholic Church in Stanwood, with burial to follow at Anderson Cemetery in Stanwood. The family extends special thanks to the caregivers and staff at Fieldstone Memory Care of Marysville, and to the firefighters and paramedics of Snohomish County Fire district 19, Silvana. You made a difference in his life. Those who wish may make donations in his name to the Shoreline Elks Tall Elks Childrens' Therapy Program, or to Snohomish County Fire District 19. God has you in His eternal care; we hold you in our hearts until we meet again. Blessed be the Name of the Lord. October 15, 1937 - September 10, 2021
Published by The Herald (Everett) from Sep. 22 to Sep. 23, 2021.
To plant trees in memory, please visit the Sympathy Store.
MEMORIAL EVENTS
Sep
23
Vigil
4:00p.m.
Gilbertson Funeral Home and Cremation Service - Stanwood
27001 88th Ave NW, Stanwood, WA
Sep
24
Funeral Mass
11:00a.m.
St. Cecilia Catholic Church
Stanwood, WA
Funeral services provided by:
Gilbertson Funeral Home and Cremation Service - Stanwood
MAKE A DONATION
MEMORIES & CONDOLENCES
3 Entries
Rest in peace, Mac. You have always been a terrific inspiration in the lives of Joyce & me. God speed my friend.
Paul & Joyce Brown
Friend
September 25, 2021
I came across this somehow and I feel like I would of loved to have known this person. You and the world just lost a good one. May he shine from above and light on...Sorry for your loss
Cecil Voorhees
September 23, 2021
I love you Mac, you helped me more than you know!! Always holding hands in Anonymous Loving Spirit. See you on the flip side my friend xoxo
DONNA M MCMILLIN
Friend
September 23, 2021
Showing 1 - 3 of 3 results